There are devotees to some religions who think theirs is the right one, and ultimately wish everyone would conform to their beliefs. The reality is different, so when you end up in a situation like that, knowing what to say when someone pushes religion on you will come in extremely handy.

Religion, like politics, sex and money, is considered a taboo topic, so be very careful with how you handle what to say. Ideally, you don’t want to offend anyone, even if their approach is offensive.

It’s natural to feel uncomfortable when someone pushes religion on you, so you need to set some boundaries. This can involve overtly stating your beliefs, changing the subject or exiting the conversation.

If you’re up for the discussion when someone pushes religion on you, be respectful. There’s nothing wrong with wanting to know more about it.

Here are some examples of what to say when someone is trying to push their religion on you:

What to say when someone pushes religion on you: 6 of the best ways to change the subject

A good way to avoid talking about religion is to change the subject. Things can get awkward easily, and sometimes it’s better to avoid the interaction altogether.

It’s up to you whether you want to be subtle about changing the conversation or make it obvious you’re not interested. It all depends on the relationship you have with this person, and how well you think they will receive your actions.

Here’s what to say when someone pushes religion on you and you just want to change the subject:

01“These finger sandwiches are the bomb! Have you tried them yet?”

Use this to talk about the food at the event you’re at. It’s a good segue for a conversation that is going sour. 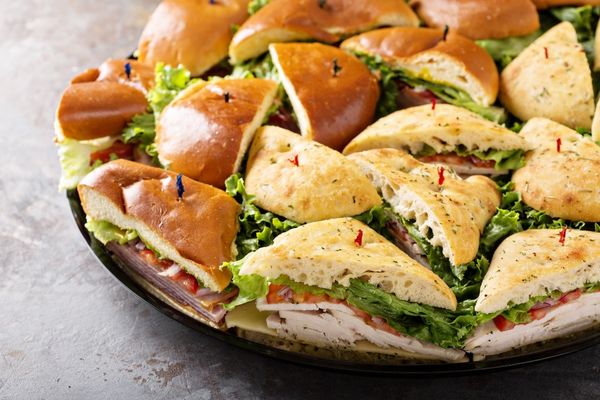 Photo by Elena Veselova on shutterstock
02“It’s getting a bit chilly. If I knew beforehand, I would’ve worn a coat.”

The weather is always a safe topic, and you can use this to distract from the conversation about religion. 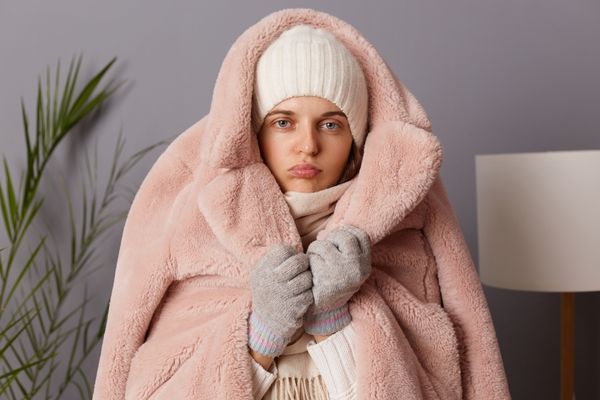 Photo by StoryTime Studio on shutterstock
03“Respectfully, I’ll have to ask for a subject change. This isn’t something I’m interested in.”

Say this when the person just isn’t taking the hint that you don’t want to talk about this. It is straightforward and to the point, so your disinterest cannot be mistaken.

04“Should we really be discussing this here and now? I’m sure we can find something we have in common.”

This lets the person know that this is not the time or place for this type of discussion.

05“I love what they did with the place. I hope my renovations come out this good.”

This is good to use when you want to talk about your surroundings. Relating it to a person’s experience makes it seem less random. 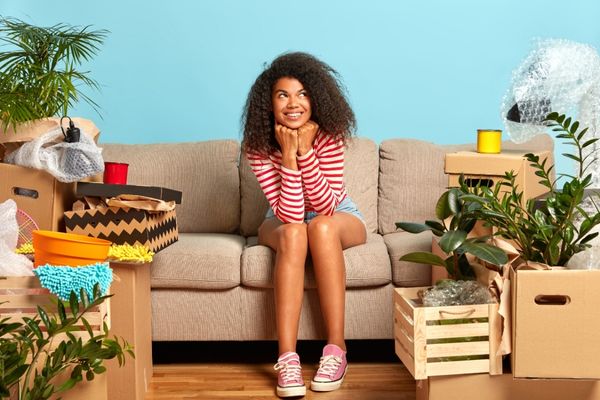 Photo by Cast Of Thousands on shutterstock
06“This isn’t going anywhere, let’s talk about something else.”

This is another good example of what to say when you want to make it clear that you are not willing to discuss religion, but you’re fine with talking about something else.

Everyone is entitled to their own beliefs, whether it’s the way they dress, conduct themselves in public or the religion they subscribe to. Being religious means you should be tolerant of how others choose to live their lives, as long as it’s not hurting anyone.

When someone tries to convert you to their faith or challenges your religious beliefs, you have to stand firm. This can mean standing up for what you believe in, or not entertaining the conversation at all.

Here’s what to say when someone pushes religion on you in a way that challenges your own religious belief:

07“I appreciate your concern, but my beliefs are not the same as yours. Perhaps we can find some middle ground on something else.”

This says you don’t feel offended that the person is trying to convert you, however, it is pointless. It says you’d be more interested in talking about something else. 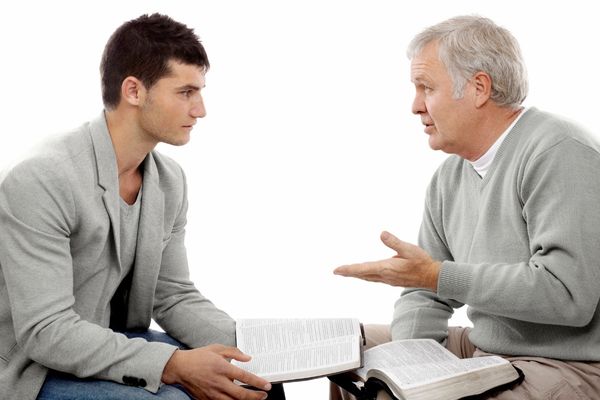 Photo by George Marcel on shutterstock
08“At the end of the day, none of us were there when these things happened. If you hold onto what you know, I’ll do the same!”

Use this to say nobody truly knows who the “real God” is and there’s nothing wrong with having different beliefs. It says you’re not going to dismiss the person’s beliefs or debate on it.

09“I respect your dedication, but I don’t have to accept your beliefs.”

Use this when the person is being very pushy and won’t let go after you’ve made it clear that you have different beliefs.

10“I can direct you to a few websites that’ll give you more insight into my beliefs. You’ll find that a lot of them are related to yours.”

This is good to use when you are part of a religion with similar teachings e.g. Islam, Judaism or Christianity. It says you’re willing to answer questions and have a productive conversation. 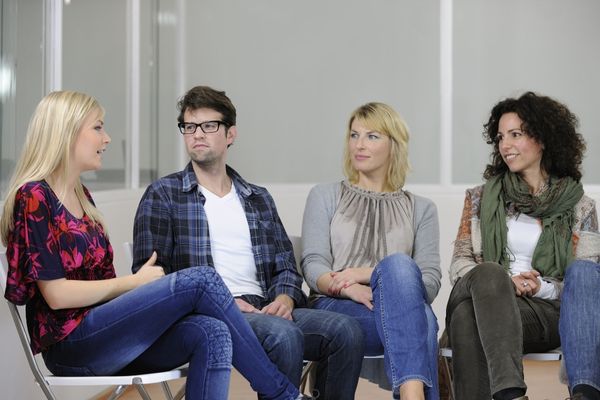 Photo by mangostock on shutterstock
11“If you truly believe there’s only one way for people to live, maybe you need to re-evaluate your life choices.”

This reminds the person that he/she should be tolerant of other beliefs and not be so judgemental.

12“There’s more to life than touting your religion to people who are not interested. I hope in time you’ll learn to be tolerant of other beliefs.”

Say this when the person is being disrespectful towards your or another religion. It reminds the person what being a true believer is. 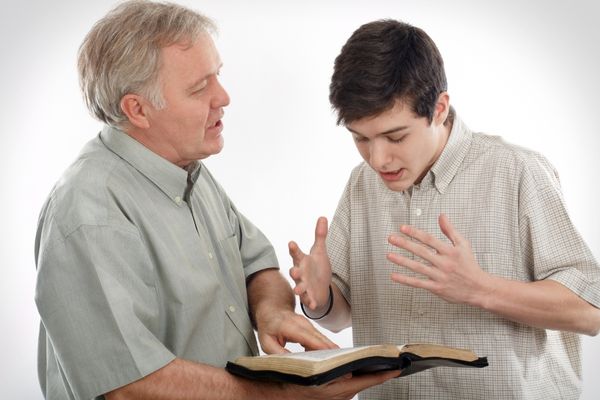 Photo by George Marcel on shutterstock

5 interesting questions to ask about their beliefs and why they hold them so dear, if you feel comfortable doing so

Though religion is considered a taboo topic, it can still be discussed once all parties are comfortable doing so. It means you can expect respect, tolerance and honesty during the discussion.

This is what to say when someone pushes religion on you and you wish to learn more about their beliefs:

This questions the person’s beliefs, and asks if they truly believe what they’re saying or if they were pressured into the religion as he/she is doing to you. 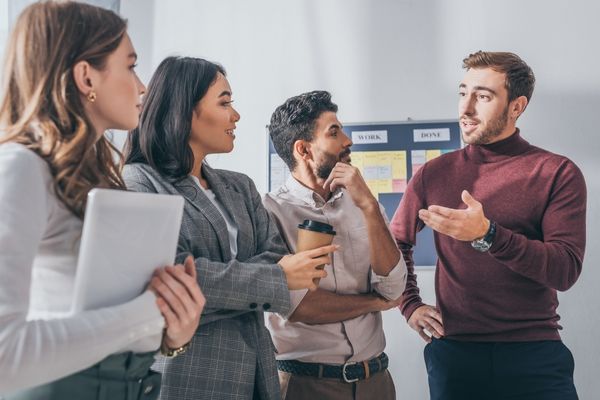 Photo by LightField Studios on shutterstock
14“I’m happy you found something you love and relate deeply to. What made you decide to go this route?”

This says you want to learn more about why the person took a religious path, especially if he/she led a questionable life before.

15“You seem to know a lot about your religion. How did you get into it?”

This is good to use when the person is giving you a lot of background on their religion and is pointing out historical events and other happenings in their religion. It shows you are curious about what happened in their life that led to this change.

16“I can appreciate a good history lesson. Do you know how your family got into religion and how you ended up being so active in that community?”

Many people adopt the religion of their parents. This is more of a question about the person’s religious journey and what led to this point. 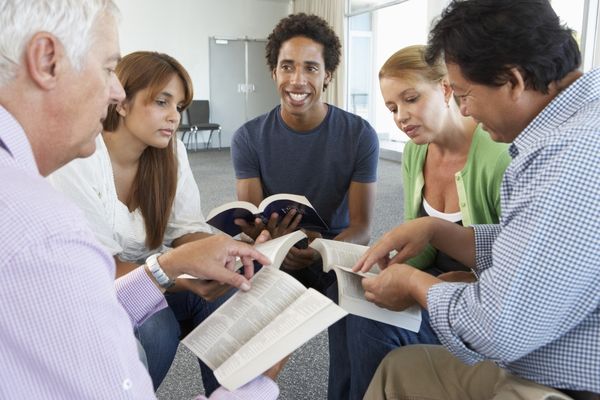 Photo by Monkey Business Images on shutterstock
17“What about the other people who are in other religions and believe in their faith as strongly as you? Do you think they are wrong? What will happen to them?”

This is a question many non-believers have that there often isn’t an answer for. This challenges the person’s belief just as they questioned yours.

What to say when someone pushes religion on you: 5 polite and respectful ways to end the conversation

It’s obvious when a conversation is going on a downward spiral. Religious discussions can get out of hand easily, and this is why many people avoid them.

If you see the conversation going that way or are simply not interested in discussing the topic, use any of these examples of what to say when someone pushes religion on you to end the conversation:

18“Thanks for engaging me in this discussion, but I have somewhere I need to be.”

This is good to use when you want to get away from the conversation, especially when the person doesn’t take the hint that you want to stop talking about it. 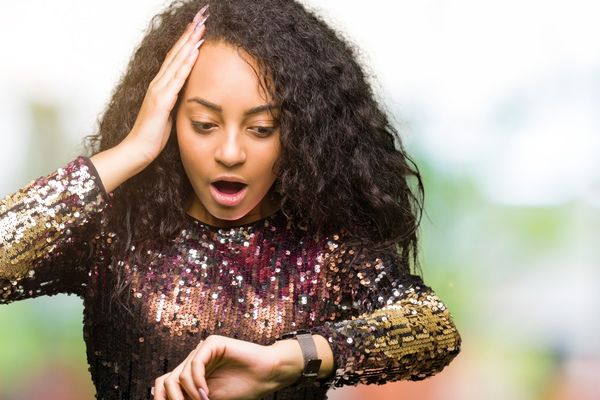 Photo by Krakenimages.com on shutterstock
19“I don’t think we’ll ever be on the same page with this, so let’s end it before feelings get hurt.”

It is good to use this when the discussion starts to get heated, and you don’t want it to become disrespectful to either party.

20“Look at the time. It was lovely speaking to you.”

Use this example of what to say when someone pushes religion on you when you’re tired of the back and forth because it seems to have no end in sight. You’ve politely ended the conversation without being rude. 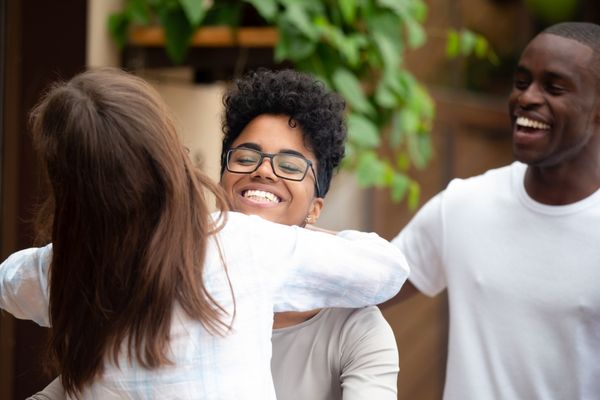 Photo by fizkes on shutterstock
21“I don’t want to get into a back-and-forth over religion because I know this may not end well. Let’s quit while we’re still ahead.”

It is good to use this when you see the conversation going left. It says you’re no longer interested in talking about this.

Use this when you are not interested in any form of conversation. You’ve allowed the person to say their piece, and now, you’re done.

20 Witty Responses When Someone Greets You With a Warm “Welcome”

What to say when someone pushes religion on you: 3 of the best ways to say you don’t have religious beliefs and you’re not interested in discussing religion

Not everyone will conform to a religion and that’s completely fine. There are many people who don’t share religious beliefs and are not interested in conversations about it.

You are not obligated to share your beliefs, or lack of belief, with anyone if you don’t want to. This is what to say when someone pushes religion on you, and you’re not interested.

23“I love how passionate you are about your beliefs, but I don’t want to discuss something so serious here.”

24“It’s a party! We should be enjoying ourselves. Let’s talk about something else.”

Use this when the mood is high, and the person is actively bringing it down by talking about religion. 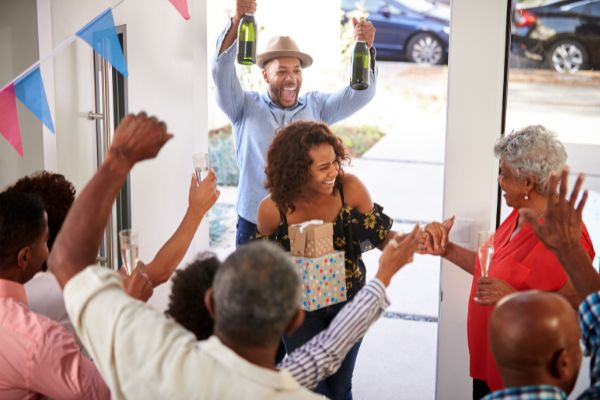 Photo by Monkey Business Ima on shutterstock
25“I’m sure you would’ve made a great disciple, but I’m not one of your lost sheep.”

Use this when the person is making it their mission to try to convert you or get you to talk about your religious beliefs. It says he/she should go elsewhere with that conversation.

You’re going to meet a religious fanatic at least once in your life who will try to do anything possible to convert you to their religion. Knowing what to say when someone pushes religion on you will help to get you out of that uncomfortable situation.