When deciding what to say, be sure to pay attention to how it will make him feel. Even if ‘tough love’ is your decided route, be respectful with what to say.

When a guy asks what you think about him, he’s in a pretty vulnerable spot, and being mean only makes it worse. There are going to be times when he asks for validation or to boost his ego, but what man doesn’t crave a good ego boost?

Check out these examples of what to say when a guy asks what you think about him for ideas:

What to say when a guy asks what you think about him: 7 of the best responses when you think he is insecure and lacks self-confidence

Everyone gets a little insecure sometimes and doesn’t feel as confident as they should, but what happens when that is his entire personality? Here, he’s extremely vulnerable, so you should try to help him out by reminding him how great he is.

Whether this is because of his skills or his personality, it helps to highlight something specific so he can focus on the positive things in his life. These are some examples of what to say when a guy asks what you think about him and you want to boost his confidence:

01“I think you’re a wonderful guy with a lot to offer this world. You just need to believe in yourself.”

This is good to say when the guy is always second-guessing himself or has a negative perception of himself. It says he needs to work on that. 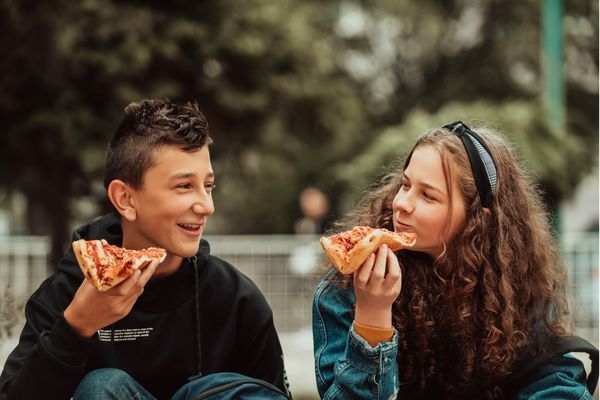 Photo by MZStock on shutterstock
02“I know you don’t realize how much of a catch you are, but I hope in time you’ll begin to see it.”

It is good to use this when he is doubtful a girl will like him, and he keeps putting himself down. It says there’s nothing wrong with him and any girl would be lucky to have him. 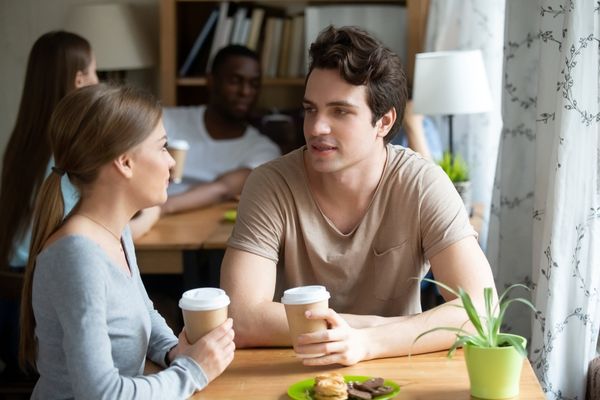 Photo by fizkes on shutterstock
03“You’re stronger than you know and mean a lot to many people. I speak for everyone when I say you’re a great guy.”

Use this when he’s unsure about how he fits into his social circle. This reassures him that he has a lot of great friends who care about him.

04“I wish you were more confident in your skills because you’re one of the best [insert talent/profession] I know.”

Say this when the guy is someone you know at work. It reminds him of his abilities and lets him know he’s a great asset.

05“I think you’re a really good friend and an even better [insert talent/skill]. You just need to be able to see it.”

This may be used when the person is afraid to showcase their skill/talent out of fear of being rejected. It says he should believe in himself more. 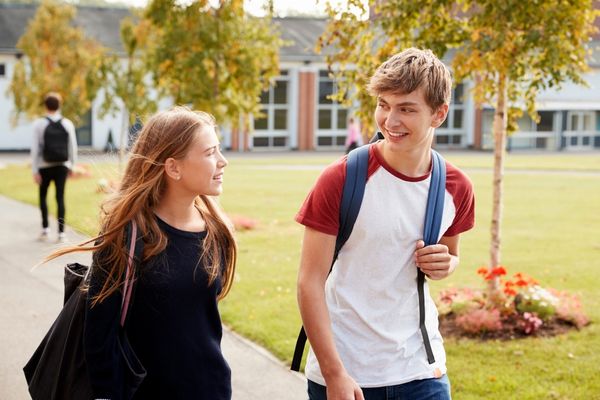 Photo by Monkey Business Images on shutterstock
06“I can’t make you see how great you are. That has to come from within. I can’t wait for the day when you realize how awesome you truly are.”

It is good to use this when you want to let him know he doesn’t have to seek validation from others. As long as he’s sure about himself, that should be enough.

07“Life’s too short to not be sure of yourself. You really need to work on your confidence and self-esteem.”

This tells him he needs to get it together, or else opportunities will pass him by. The world isn’t going to wait for him to believe in himself. 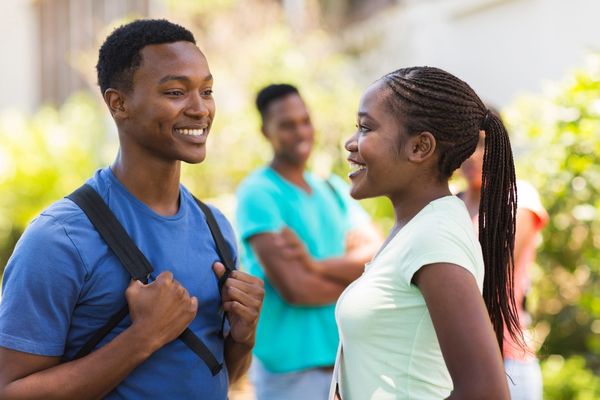 Photo by michaeljung on shutterstock

We don’t always make it easy for guys to tell if we like them, so sometimes we have to spell it out. A good way to do this is by giving him a compliment and letting him know you enjoy spending time with him.

Use these examples of what to say when a guy asks what you think about him in this case:

08“You make my days brighter. I’m lucky to have someone like you in my life.”

Use this when the guy you like makes you happy and you wish to let him know. It says you enjoy having him around. 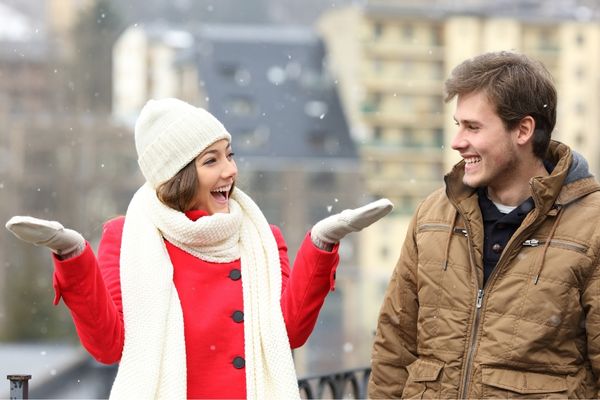 Photo by Antonio Guillem on shutterstock
09“I’m so blessed to have you in my corner. You make me feel like I can do anything.”

This is good to use when the guy encourages you or motivates you to do great things.

10“Spending time with you is my favorite time of the day. I hope it continues like this for a long time.”

Say this when you look forward to seeing him because he makes your bad days good, and good days even better. It also says you hope you can spend more time with him for the foreseeable future. 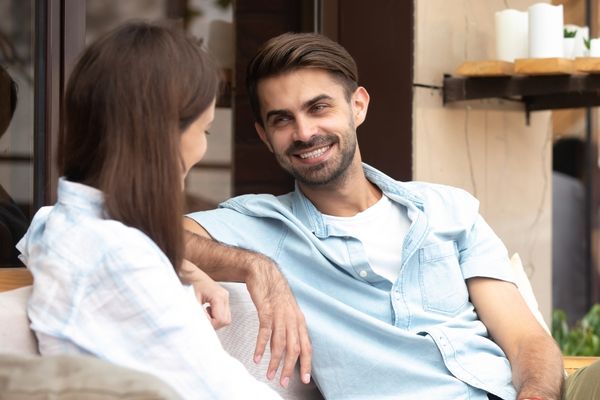 Photo by fizkes on shutterstock
11“When I’m away from you, it feels like something important is missing.”

Use this when you feel like he’s your other half and you can’t stand to be away from him. It also says you value his presence. 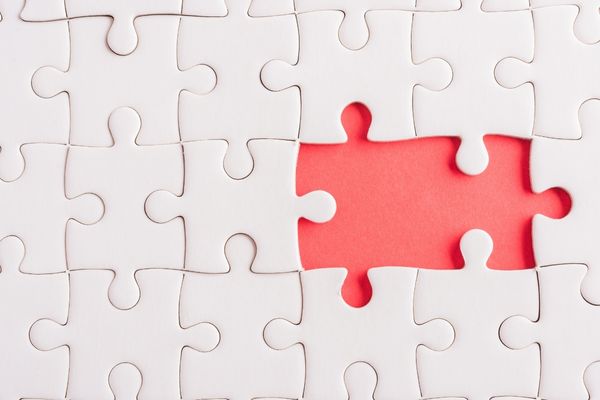 3 polite responses when you are not into him, but you don’t want to be negative or dismissive when he asks what you think about him

Having a crush on someone only for them to not share the same feelings sucks. Imagine how you would feel if you were to pour your heart out to someone and it isn’t reciprocated.

So, if you’re not into the guy, be kind, and don’t dismiss him completely. These are some examples of what to say when a guy asks what you think about him as a romantic partner:

Use this when you don’t share the same beliefs and goals, so you don’t think it would be a successful relationship. 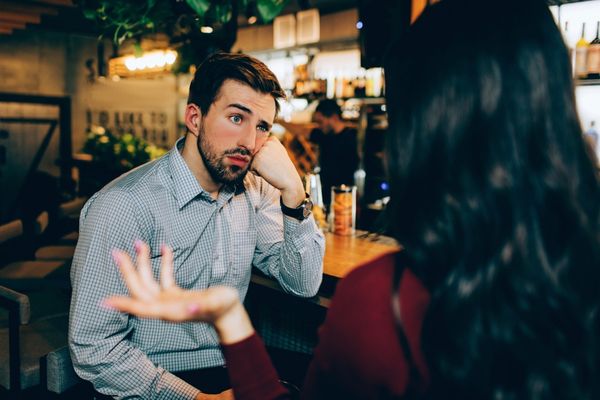 Photo by Estrada Anton on shutterstock
13“We’d be better off as friends because we have different goals and mindsets.”

This says you’re not willing to cut him out of your life entirely, but a romantic relationship would not work out with these differences.

25 Perfect Responses When People Ask If You Are Single

14“I admire a lot of things about you, but in a platonic way. I’m not ready for a relationship, and I hope you can understand that.”

Say this when you like who he is as a person, but not as a prospective partner. It says you only see him as a friend. 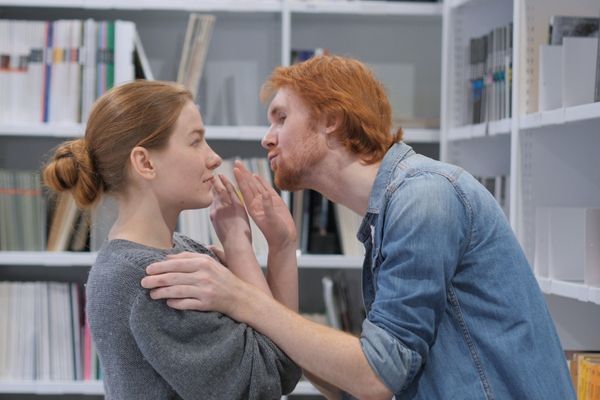 Photo by Stockbakery on shutterstock

What to say when a guy asks what you think about him: 4 of the best responses when you think he could be looking for validation/feedback on how he’s doing

Some people sometimes look to other people to boost their egos to make them feel like a real man.

Here are some examples for when a guy is genuinely asking for feedback on his progress or something he’s done:

15“My validation shouldn’t mean that much to you. Once you believe in yourself, that’s all that matters.”

This says he should not be seeking anyone’s approval and that his asking for feedback is pointless. 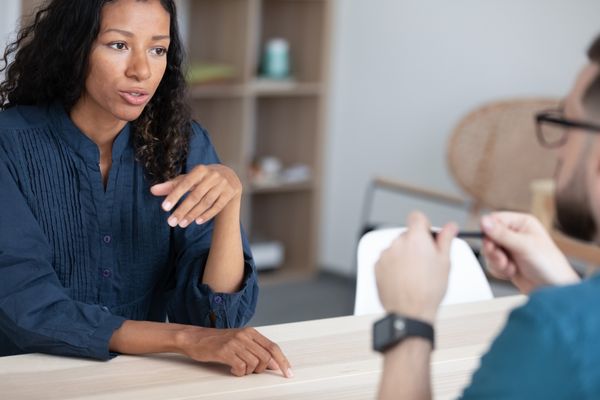 Photo by fizkes on shutterstock
16“You don’t need me to tell you that you’re doing a good job. It’s pretty obvious.”

Use this when you know he knows he is doing well and he just wants someone to praise him. It says you know what his plan was by asking that question.

17“I’d say you’ve pretty much got it figured out. You did that all on your own. You should be proud of yourself.”

Use this example of what to say when a guy asks what you think about him when you know he doesn’t need any help or validation. It says he should stop seeking approval and just focus on what matters.

Photo by Ground Picture on shutterstock
18“This is your moment. Focus on how you feel and not what others think.”

Say this when you think he should live in the moment and not through the eyes of others. The only thing that matters is that he feels good about it.

Now that you know what to say when a guy asks what you think about him, you can avoid awkward conversations and respond in a positive way. Remember, not everyone will have a positive response to honesty, but you are in control of the way you react.