If you’re a virgin, expect to be asked about it a lot and face potentially awkward situations. Knowing what to say when a guy asks if you are a virgin helps you feel less insecure.

Let’s be real here: When a guy asks if you are a virgin, it’s likely that he wants to have sex with you. Whether it’s because they see it as a red flag or find it hot because you’re untouched, the reason is still the same.

In very few cases, when a guy asks if you are a virgin, like a guy friend or gay best friend, it’s out of curiosity. You may feel more comfortable answering in that instance, but we have examples of what to say for everyone.

You may not feel comfortable sharing that information with anyone and that’s your choice.

This brings us to the examples of what to say when a guy asks if you are a virgin. Choose wisely.

What to say when a guy asks if you are a virgin: 6 of the best responses when you are still a virgin and you don’t mind sharing

It’s entirely up to you to decide how/if you would like to lose your virginity. It could be that you’re waiting for the right guy or because you just don’t feel ready.

Some people hold out because of their religious beliefs, which usually revolve around being married before losing one’s virginity. You could also be a virgin because you’ve never been in a position to have sex or felt a desire to.

Whatever the case may be, here’s what to say when a guy asks if you are a virgin, and you don’t mind saying yes:

01“I just haven’t found anyone that deserves to share that special moment with me.”

Use this when you’re waiting for your Prince Charming to come to sweep you off your feet. It says this is a special moment that you want to cherish.

Photo by Antonio Guillem on shutterstock
02“In my faith, we’re not allowed to have sex until we’re married.”

This is good to say when your religious beliefs prohibit you from having sex until marriage. It says you aren’t going to sacrifice your beliefs for short term pleasure. 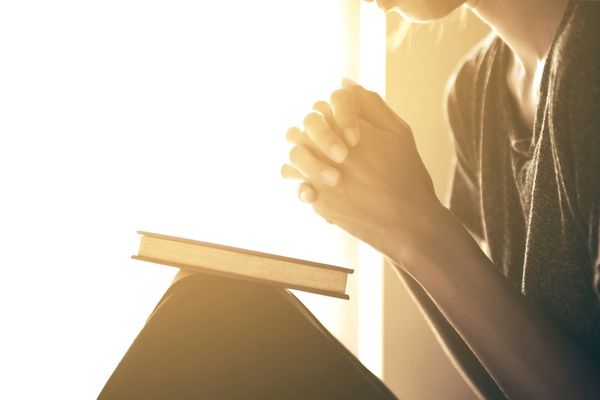 Photo by NATNN on shutterstock
03“I’m not really interested in sex, to be honest.”

Some girls aren’t ready to have sex yet, and that’s alright. Everyone develops at their own pace, and their needs will vary based on their stage in life.

This says you are interested in having sex and you’re willing to do it once you find someone compatible. 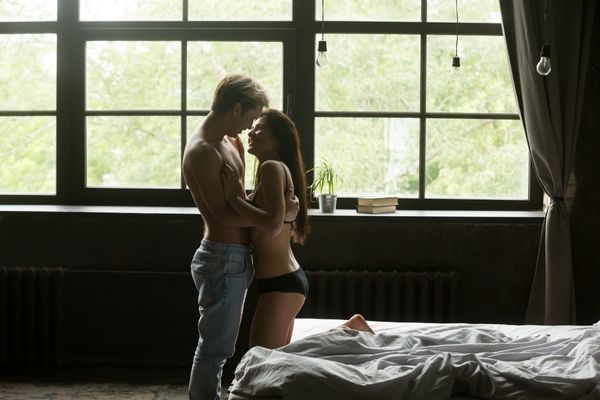 Photo by fizkes on shutterstock
05“Yes, but not for long.”

Say this when you’re planning on having sex soon. It can mean you have a date in mind with your boyfriend or you’re ready to introduce the idea to him.

Admitting you have a lot to learn is actually a very mature approach. This is good to say when you don’t think you know enough to handle what comes with sex. It says you’re open to the idea after a certain time has passed. 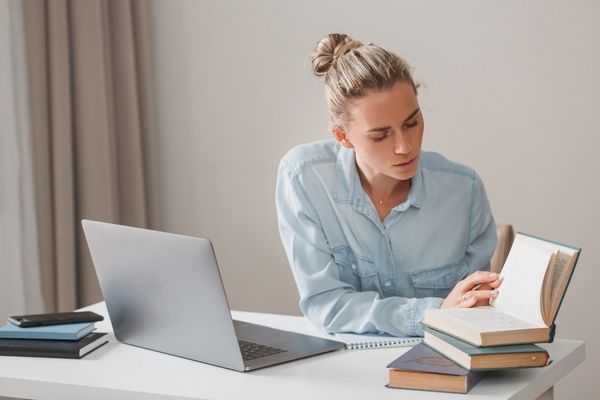 Photo by GingerKitten on shutterstock

If you’re not a virgin, then that’s fine. It’s no big deal.

You just need a way to say it that won’t make you seem like a loose woman. Unfortunately, people can get very judgy about this subject.

Here are some examples of what to say when a guy asks if you are a virgin, and you don’t mind saying no:

07“I’m actually not. My ex-boyfriend and I did the deed at camp last year.”

Use this when the guy that asks is someone you trust with the information. It gives him an idea of your experience without going into too much detail. 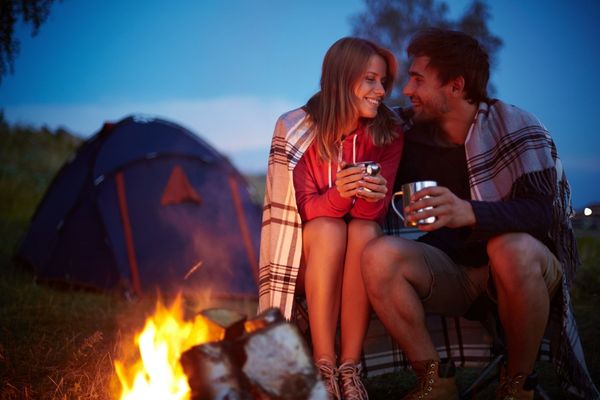 Photo by Pressmaster on shutterstock
08“I did have sex and I regret it, so I’ve recommitted myself to celibacy until I get married.”

It is good to use this when you’ve had a sexual experience, but you felt unsatisfied, or guilty about going against your religious beliefs. It says you’re currently not sexually active.

09“No, I had an experience a while back with my boyfriend.”

This is good to use when talking to a guy friend you’re close with. It’s more of a yes or no question than something the guy would pursue.

This says you’re not a virgin, but you’re not willing to talk about your sexual experience with that person. 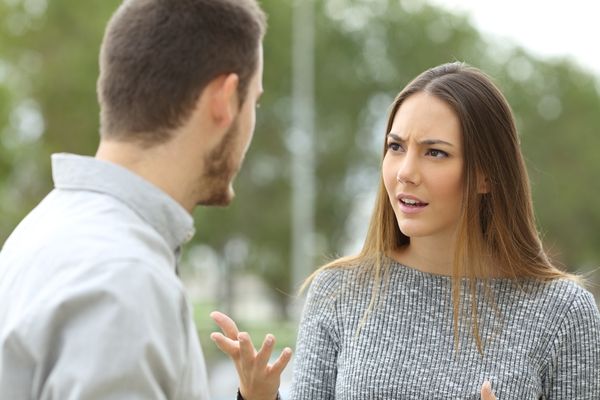 Photo by Antonio Guillem on shutterstock
11“I’ve been in a drought, and I need to get back out there.”

This is good to use when you want to say you’re single but open to mingling. Use this when flirting with a guy or joking around with a male friend. 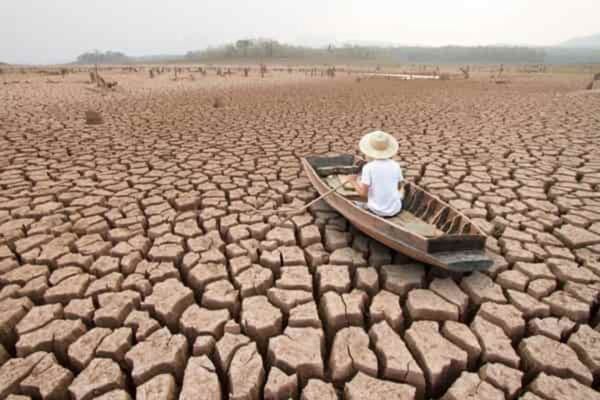 Even though a woman is in her forties, fifties, or any other decade besides her twenties, it doesn’t mean that she has to have lost her virginity. Some women stay virgins their whole lives! But this answer is great when you want to be playful or flirty with the guy and find the question ridiculous.

What to say when a guy asks if you are a virgin: 6 clever responses to steer the discussion to another topic when you do not want to share this personal information

Your virginity is nobody’s business but your own. Whether you want to share it or not is up to you.

If you don’t want to tell the person straight-up to mind their business, you’ll need some ways to shift the focus.

These are examples of what to say when a guy asks if you are a virgin, and you don’t want to share this personal information:

This is good to use when you want to bring some humor into the situation so it doesn’t seem as awkward. 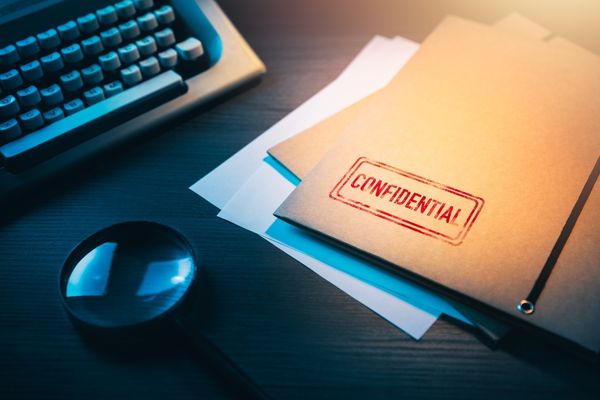 Photo by Fer Gregory on shutterstock
14“Are you?”

This shifts the focus from you to him and puts him in the spotlight. Let’s see how confident he is when he’s the one being interrogated about personal topics.

15“I’m more concerned with how comfortable you are with asking me this.”

Say this when you don’t know the guy very well and the question is out of line.

25 Perfect Responses When People Ask If You Are Single

Some guys completely skip the formalities and go straight to intimate discussions. This is a turn-off for most women. Use this to let him know you’re not that type of girl. 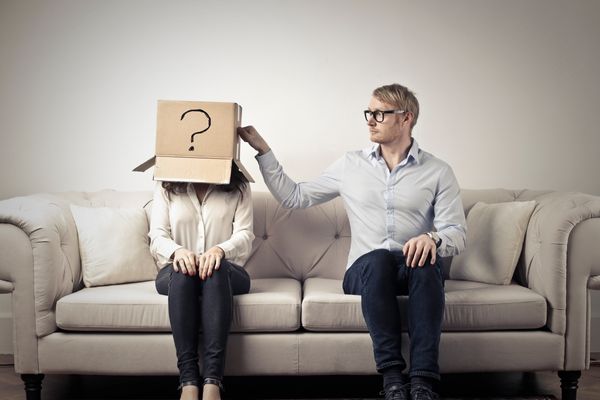 Photo by Ollyy on shutterstock
17“Yeah, I love using it in my hair.”

This is referring to virgin olive oil. It will make him laugh or forget what you were talking about. When he says “huh”, use it as your moment to change the subject. 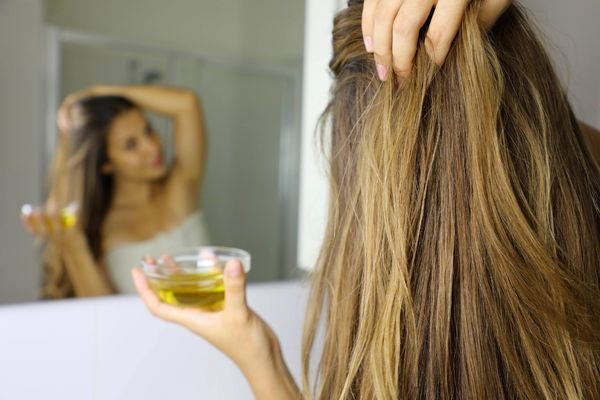 Use this to wrap up the conversation after a date. At this point, he’ll try to get you home and won’t pester you with any more questions. Plus, yawning is contagious. Maybe he’ll yawn and forget what you were talking about too.

Being asked about your virginity can be uncomfortable. Remember, it’s up to you to decide if you want to share this information. You should never be pressured to engage in sexual activities, even if you’re no longer a virgin. If it gets to this point, block him and ask him to stay away from you.

In the meantime, these examples of what to say when a guy asks if you are a virgin are perfect for all scenarios. You can customize them according to the situation or say them as-is, as long as you’re able to get your thoughts or feelings out.