We’ll also share possible reasons why she hasn’t texted back, and some courtesies you should bear in mind when figuring out what to say.

We share 30 different ideas of what to say when she doesn’t text back:

If she hasn’t texted back, how long is too long? 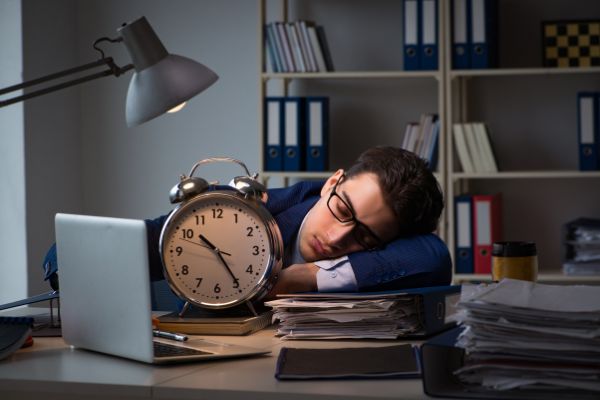 Photo by Elnur on shutterstock

The first thing you should think about is how long ago you sent the message. If it’s a few minutes, then she simply hasn’t seen the message yet.

If a few hours go by, she’s probably just busy with something and hasn’t had a chance to look at her phone. Now, when we get to a day or a few days passing, she more than likely saw the message and doesn’t know how to or doesn’t want to respond.

Possible reasons she hasn’t texted back

There are many possible reasons why she may not text you back. These reasons help you decide what to say when she doesn’t text back.

01Playing hard to get

Some dating gurus told women to play hard to get a while back, and since then, some people have taken this as law.

She probably wants to see if you will chase her to prove genuine interest.

02You said something wrong

It’s easy to screw up with your crush because you’re so nervous and excited about talking.

You may also share different views on important topics that have turned her off from you. 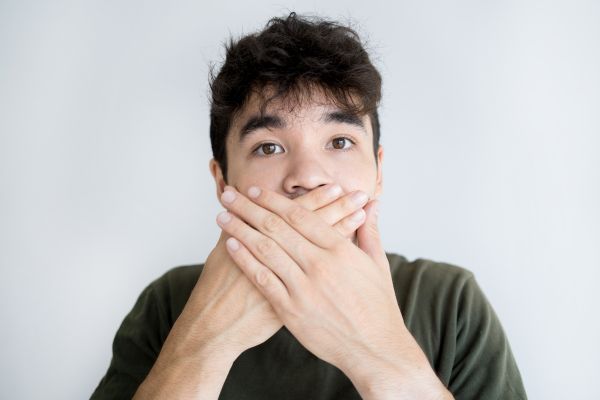 When you are clingy, it can come off weird and possessive. Maybe you’re just texting her too much.

04She found someone else

She may have finally decided on a guy she wants to move to the next step with. This will mean no more conversations between you and her. 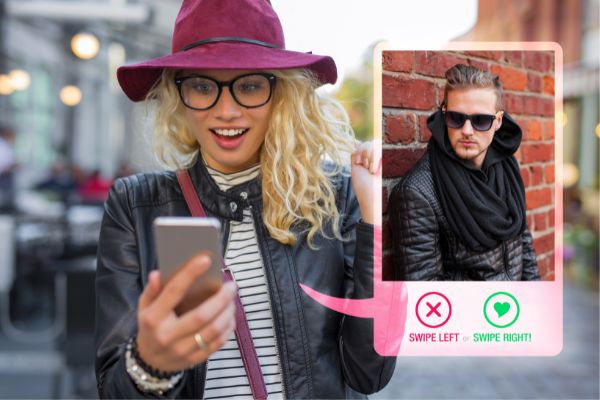 Photo by Kaspars Grinvalds on shutterstock
05She was never interested

A lot of times when women aren’t into guys, they still play along and act friendly to avoid hurt feelings. She can’t pretend forever, so when she gets the courage to be honest about her feelings, she might just disappear.

Some texting courtesy to bear in mind

Before we talk about what to say when she doesn’t text back, there are a few texting courtesies we must all follow. These dictate normal behavior and keep us from making fools of ourselves.

01Don’t get angry or pushy when you don’t hear from her. It will make you seem domineering. 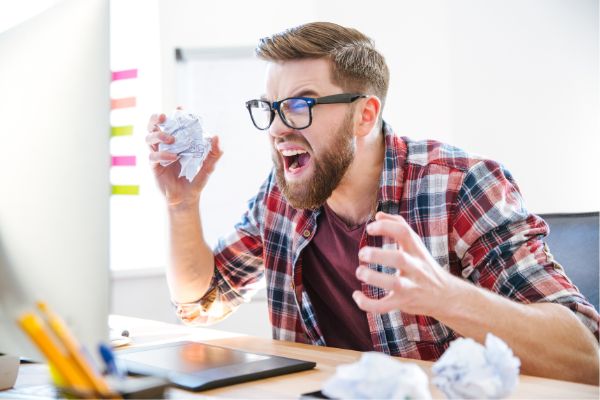 Photo by ESB Professional on shutterstock
02You may call her phone, but don’t blow up if she doesn’t answer. Two times is enough, and she will see the missed calls eventually.
03Leave it off social media, otherwise you’ll only make a fool of yourself. You can get labeled as a psycho stalker, and that’s a hard stain to get off your reputation. 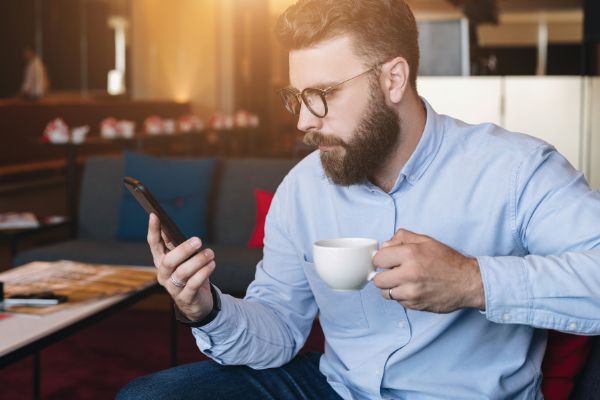 Photo by Foxy burrow on shutterstock
04Do not message her friends about it. This is between you and her.
05Never show up at her home. This will only make her feel uncomfortable and could be considered as stalking, which is illegal.
06Once you see the signs, accept the reality and move on. There’s nothing you can do to change how she feels about you.

If you’ve been texting her for a while and she suddenly stops responding, perhaps something important came up or she fell asleep. It could also be because she’s ghosting you and doesn’t know how to share her true feelings.

Here’s what to say when she doesn’t text back after you’ve been texting for a while:

01“Saw this TikTok and immediately thought of you”

People share TikTok videos every day with their friends and other people in their lives. Send her a funny or relatable TikTok that you think she’ll like. This will make her more likely to respond. 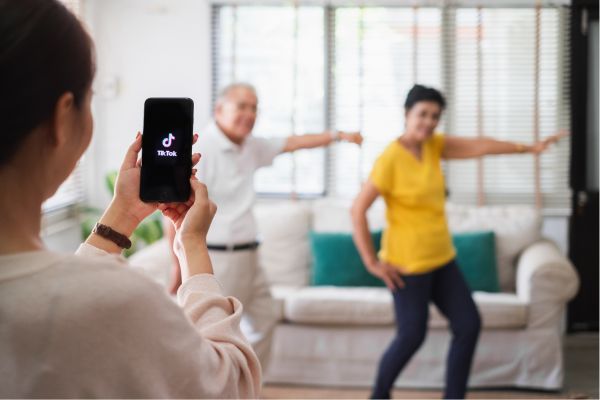 Photo by Nattakorn_Maneerat on shutterstock
02“Sheesh, I thought I was bad at texting.”

Use this when you text her more than she texts you, or when her text messages start to get scarcer. Most people will apologize and try to do better.

03“You certainly know how to play hard to get.”

This is good to say when you think she is playing mind games with you, but you’re certain she’s interested. It lets her know she doesn’t have to do that anymore.

Say this when she takes forever to reply for no apparent reason. She will hopefully take this as a joke. 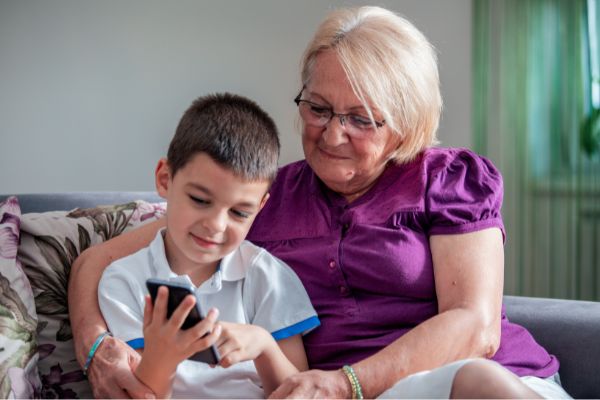 Photo by Photoroyalty on shutterstock
05“I know you’ve been kidnapped by a Mafia Boss. Tell him I have the ransom.”

This is a funny text you can send when she doesn’t respond. You’re saying the reason she isn’t texting back is that she’s being held against her will.

06“*text from a new number* Hey, it’s me [insert name]. I know you must have been wondering what happened to me. Funny story, I lost my phone. This is my new number.”

It doesn’t acknowledge her lack of response so it won’t feel awkward. You’re also giving her a chance to start over on a clean slate. 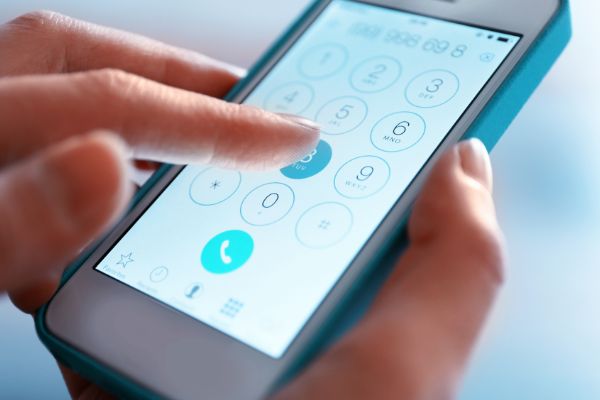 Photo by Africa Studio on shutterstock
07“Hey you, text me when you get bailed out.”

This is a funny text you can send when she stops responding. You’re acting like she’s in jail with no access to her phone, thus she can’t reply.

08“Everything alright over there?”

Use this casual message when you don’t want to make a big deal about her lack of response. Sometimes, she may not be replying because she’s dealing with something. You’re offering her someone to talk to and lean on.

09“I’m about to file a police report if you don’t answer. Seriously, I’m concerned.”

Use this when she’s been missing from your life for a while and you’re worried about her.

10“By the time you text back, I’ll be retired with a dog, grandkids and a pension!”

With this one, you’re basically saying she takes so long to respond that by the time she does, you’ll be old and gray. 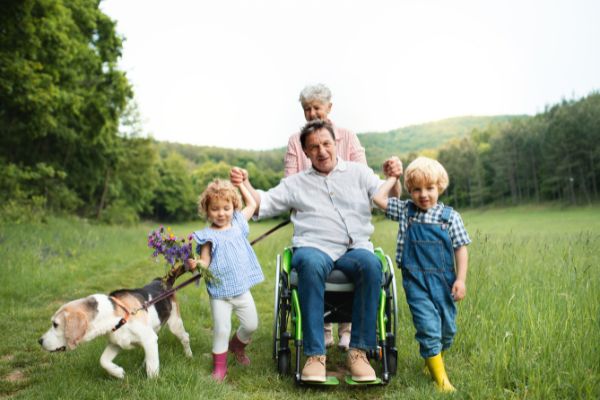 Photo by Halfpoint on shutterstock

Usually, when women don’t text back after the first date, it’s because they had a bad experience with you. This, or they’re following the “three-day rule” to not make themselves look desperate.

11“I’m not sure where I went wrong, but if it’s something I can fix, please let me know.”

Use this when you thought you had a good time, and you’re not sure what you did to make her stop talking to you.

This is good to use when you think she’s playing hard to get. It puts the ball in her court. 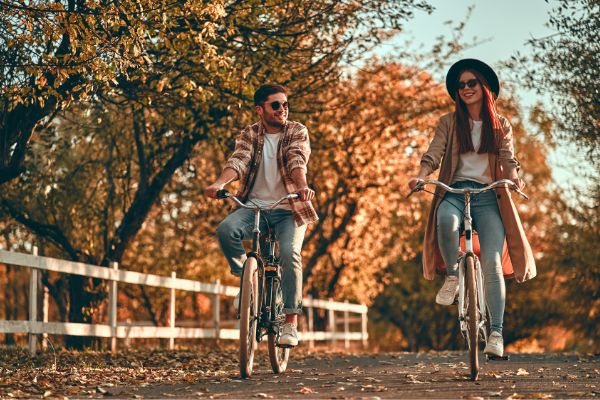 Photo by 4 PM production on shutterstock
13“And here I thought we were building something great.”

This is good to use when she ghosts you for a long time despite your efforts to reach her.

If you don’t know what you did or said to make her avoid you, this is a valid question. If she’s still interested or willing to forgive you, she will text back.

15“Does this mean I shouldn’t look forward to a second date?”

This is good to use when you had a good time, but she doesn’t want to talk to you anymore. This text asks her if you should just give up.

Use this when you know the date didn’t go so well and you think you ruined your chances with her. If you didn’t, she’ll hopefully explain what’s going on.

17“I promise I’m better company than that. I just had a lot on my mind.”

This is good to use when you had a bad first date because of things you were dealing with. Everyone has bad days, and if she likes you enough, she’ll understand. 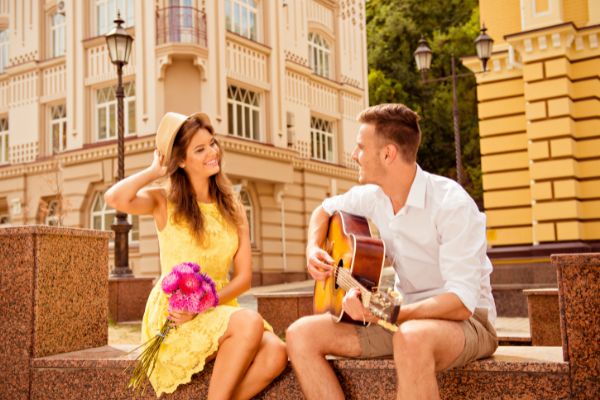 Photo by Roman Samborskyi on shutterstock
18“What are you doing next weekend? I know I have a lot of making up to do, but all I need is a chance.”

This is good to use when you want a second shot at a date with her. It says that you are willing to do whatever it takes to make things right.

If you’ve already sent two messages back to back, and she still hasn’t responded, she may have lost interest. The tone of your message should be final, meaning it acts as the closure of the relationship you were building.

This is what to say when she doesn’t text back after two messages were sent:

19“Hey, is everything alright? No pressure, just haven’t heard from you in a while.”

Use this when you don’t want to come off as clingy, but you’re genuinely concerned about her well-being.

20“It’s like you fell off the face of the Earth. Earth to [insert her name], hello?”

This is a chill message you can send when she’s been MIA (missing in action). This is good to send when you don’t know of any reason for her to ignore you. 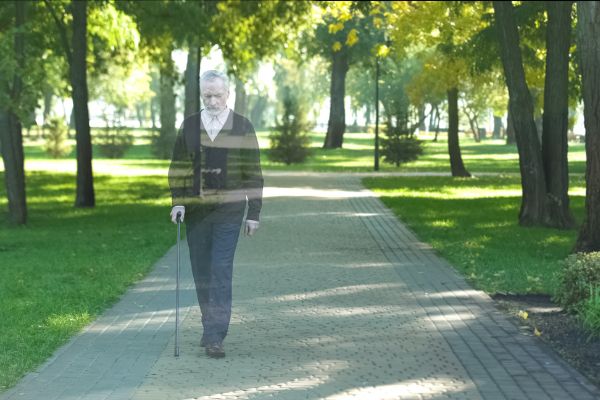 Photo by Motortion Films on shutterstock
21“Hey, I’m not sure if you got my last message. Just checking in with you.”

Use this as your final check before giving up.

22“I guess you’re too busy to text back so I’ll just leave you alone.”

If it’s obvious she’s no longer interested, send this message to let her know you’re backing off.

23“Do you send your messages via pigeon? You take forever to reply!”

Many years ago, messenger pigeons were used to send messages over long distances. This took much longer than any means of communication we have today. It’s a funny way to say she’s taking a long time. 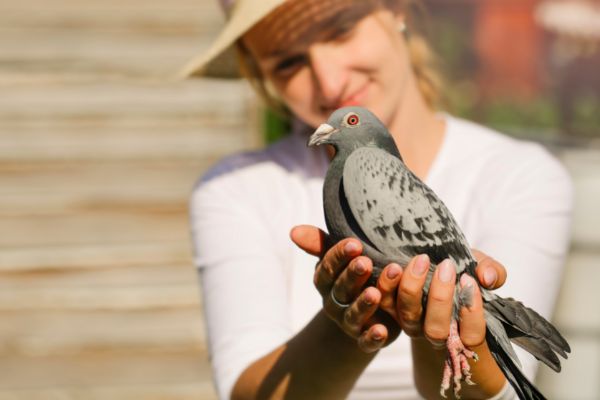 This is good to use when you need to hear from her about what went wrong. It says that you’re not ready to give up, even if it means making yourself look bad.

This is a little passive-aggressive, but it will tell her that she went about cutting you off in the wrong way. No worries though, because you’re over it. Hopefully, she learns from this in the future.

Sometimes, little flings and sparks die out as time goes by. At one point, you may have been texting regularly, getting to know each other, and having a good time.

Then, slowly but surely, the responses become dry and fewer. This is what to say when she doesn’t text back anymore:

26“I enjoy talking to you, but it seems like the feeling isn’t mutual. Thanks for the laughs. Good luck!”

This is a respectful message you can send when you really like her, but she isn’t texting back much anymore. It says that you had fun while it lasted, but you understand it’s time to move on. 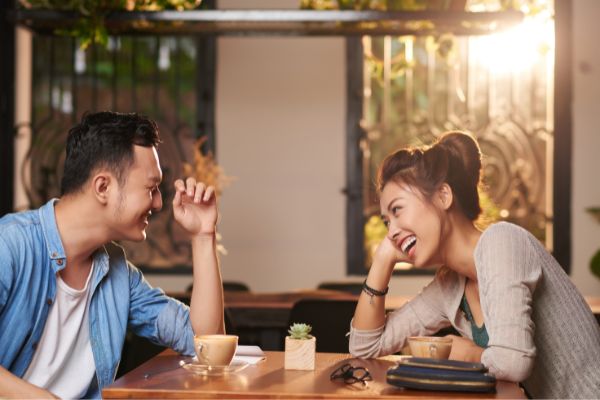 Photo by Dragon Images on shutterstock
27“No response is a pretty loud response. I can take a hint.”

No response generally means he/she doesn’t care about you enough to communicate her true feelings. This message says you get what she’s doing.

28“I haven’t been ghosted since college. Nice.”

Use this when this isn’t something you deal with often because you try to deal with mature people who can be honest with how they feel. 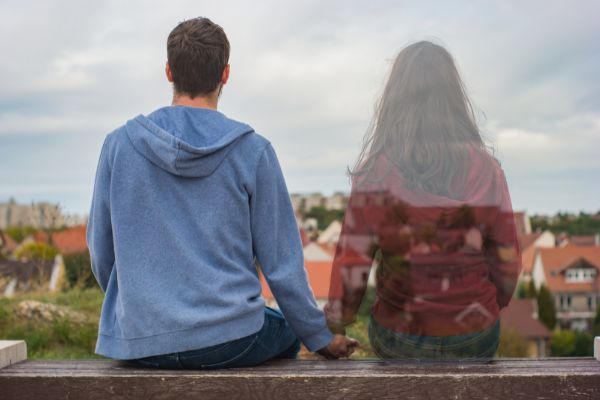 Photo by LeaDigszammal on shutterstock
29“Didn’t know you weren’t into me. I’ll stop bugging you now.”

This is good to use when she led you to believe you had a chance, but you finally see that there was nothing there in the first place.

30“Let me know where we’re going with this. Are we ending this or should I hang in there?”

Use this when you are clueless about how to proceed, especially when you like her a lot. This message asks for clarification and closure.

These have been just a few ideas of what to say when your crush doesn’t text back . You could also call her or wait until you see her again in person.

Another option is to stop pursuing her and not text her back either. Whatever feels right to you, do it, as long as you respect her.