What’s great when searching for words to describe a storm, whether for a storm you are looking to write about in your novel or something else, is that there are endless possibilities.

Words to describe how a storm is can vary as there are different aspects you could focus on, and storms can occur in different places.

Here are some words to describe two different aspects of a storm and where one can take place.

The best words to describe a storm with lightning

Finding the right words to describe a storm with lightning is particularly hard as some people are afraid of it, whereas others think that it’s awesome, or both.

Here are some words to describe a storm with lightning:

E.g. “My uncle was driving me home through a storm when suddenly a flash of lightning hit a little close and took us off the road.”

E.g. “I like thunderstorms, especially watching them from my window. That bright flash of lightning is priceless.” 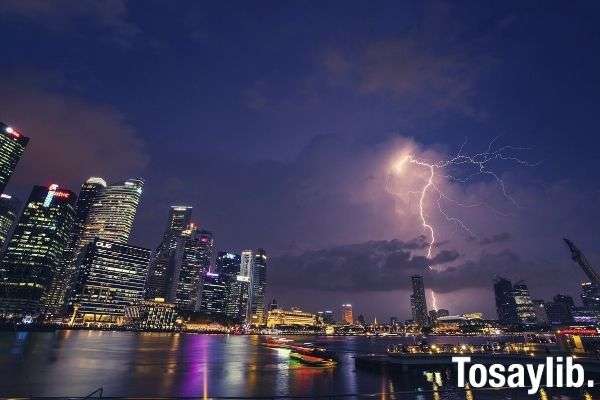 E.g. “I think pictures of storms aren’t appreciated enough for their beauty. Have you ever noticed how cool and electric the night sky looks with lightning?”

E.g. “When I think about how electric lightning bolts are, I sure hope I’ll never get struck by one. Imagine all that current running through the body.”

E.g. “Nothing’s worse than being outside in a storm; you are walking home, and then a blinding lightning bolt catches you by surprise; as if being wet isn’t enough! “

E.g. “Lightning is a fascinating phenomenon. Even scientists don’t really know what causes those amazing blinding flashes during a storm.”

E.g. “We are lucky to live in this universe: everything from plants to animals to bright lightning bolts adds unimaginable value to our lives.”

E.g. “If you’re scared of thunderstorms, try closing your curtains during one. Even if it’s daytime, seeing those bright flashes of lightning won’t help.” 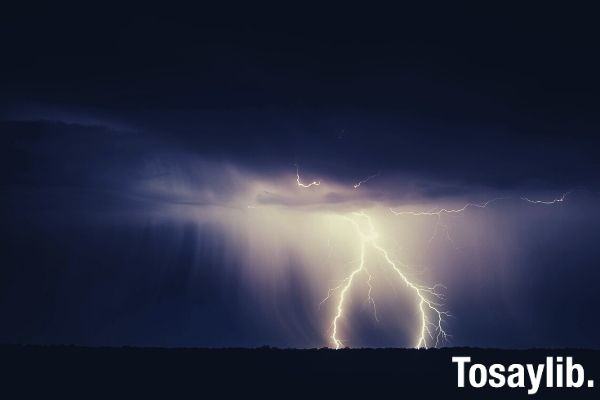 E.g. “After a storm destroyed our house five years ago, I haven’t liked them, even from afar. A small flicker of lightning can ruin my day. “

E.g. “Drinking a warm cup of coffee and reading a book whilst watching the lightning flicker outside is one of the best ways to enjoy a rainy day.”

E.g. “Besides a big harvest, a farmer is also happiest when seeing rain falling and nitrogen-rich lightning darting in the sky, making his soil healthy.”

E.g. “Being in a storm is terrifying. The fear of all those lightning bolts darting around is alarming.”

E.g. “Thinking about how much electricity a bolt of lightning contains as it blitzes overheard may not be great if you want to stop fearing it.”

E.g. “Seeing strikes of lightning blitz in the sky is one of the most calming experiences, especially when paired with chill music.” 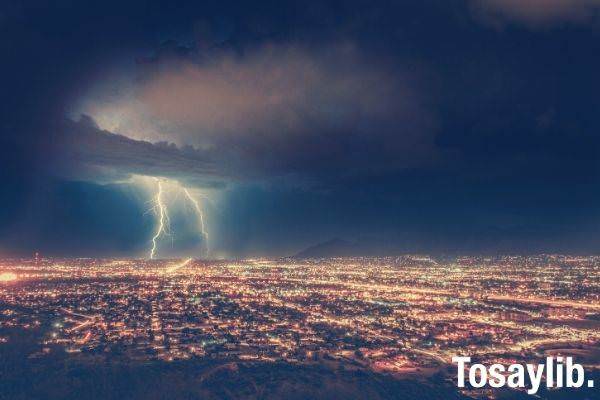 E.g. “Lightning is fun to watch from a distance. Once it starts flashing around you, that’s when you know it’s time to get inside and take cover.”

E.g. “A few seconds before a lightning bolt flashes, you might get a tingling sensation and hear a loud or muffled hissing sound.”

Top words for describing the sound of thunder

When looking for words to describe a storm, don’t forget to consider those that describe the most distinct sound you will hear during one: thunder.

There are many words to describe a storm with thunder and we have compiled the best of them below.

E.g. “Some sounds are good at making us alert instantly, such as a clap of thunder or the sound of someone trying to steal your bag of chips.”

E.g. “A storm seems to be brewing, so don’t forget to keep your furry friends indoors as those claps of thunder will frighten them and make them run.” 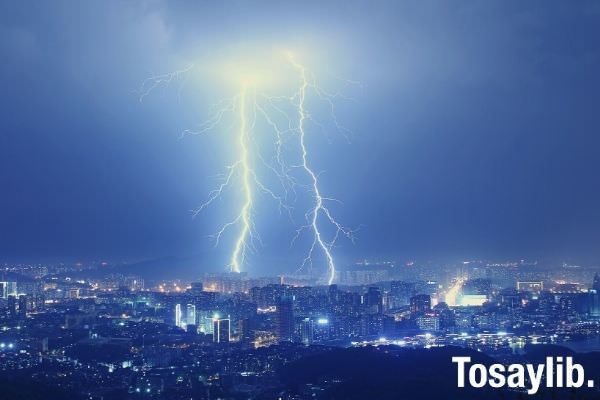 E.g. “A roll of thunder is one of the most satisfying sounds to hear from a distance. If it’s close, it can be terrifying.”

E.g. “I love the sound of thunder rolling when I’m at home.

E.g. “Tom was running home in the rain when he heard the ominous loud crack of thunder, so he started to avoid moving beneath trees.”

E.g. “The rain was pattering loudly on Sylvia’s metal roof before a gust of wind made it stop, then crack! The sound of thunder jolted her awake.”

E.g. “The constant low-pitched bellow of thunder was more than enough to encourage Jerry to go to sleep. He was tired and had just had a long day at work.”

E.g. “Even the sound of her car’s engine roaring wasn’t able to muffle the sound of bellowing thunder outside as she tried to get away from the storm.”

25 Perfect Words to Help Describe Your Pain and Suffering

E.g. “Going to the store is almost impossible in this weather, and going by the sound of that rumbling thunder, I don’t think the storm will stop anytime soon.”

E.g. “He stood on the balcony watching the cars pass by, which were drenched in the rain as the thunder rumbled softly above.”

E.g. “Mike was feeling rattled already. He didn’t like math class because he was never good at it, so the loud booming of the thunder wasn’t helping.”

E.g. “The Merriweather security guards were trying to protect the CEO from angry picketers when a sudden boom jostled them, only to find out it was thunder.” 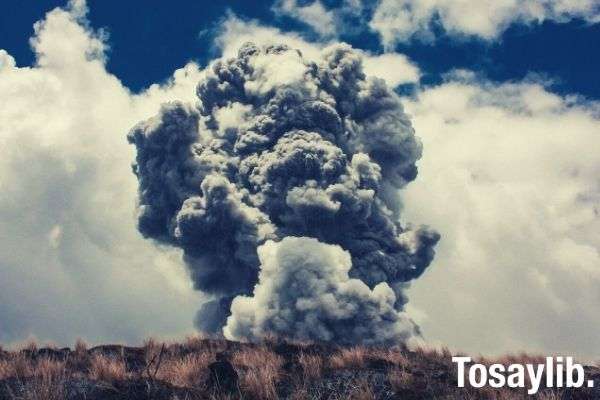 E.g. “Old Mrs. Tyson was enjoying her evening on the porch drinking peach tea when the sudden crash of thunder reminded her that it would rain that night.”

E.g. “The storm was nearby, and Jim knew it was almost time to start driving again to Tampa as the thunder reverberated in the distance.”

E.g. “I heard the thunder reverberate in the night as I lay cozily on the sofa at home.”

The best words to describe a storm at sea

Sailors have seen their fair share of bad weather, so you need to think and feel as they would when using words to describe a storm.

To get the best words to describe a storm at sea when you haven’t witnessed one, try to imagine what feelings sailors of old and modern times would share.

E.g. “The passengers of the King’s Gambit, a privately-owned vessel, said the storm threw waves at the boat that loomed as high as the deck.”

E.g. “The storm seemed to be looming over them as it tossed the Phoenician’s ship hither and tither.” 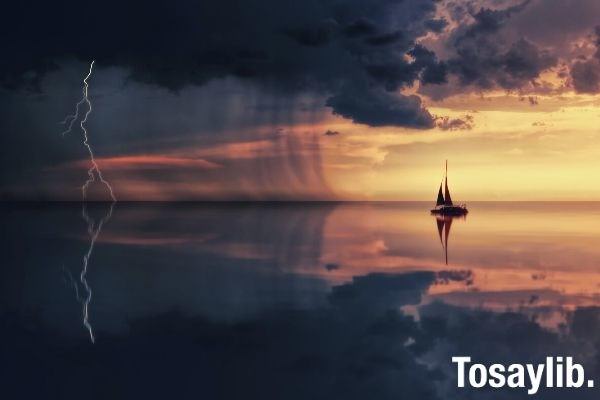 E.g. “The terrified captain looked at the first mate, also terrified, as they fought against the storm, trying to stay on course.”

E.g. “The storm grew more terrifying by the minute, especially since the ship’s autopilot became useless. The helmsman and the captain were our only hopes.”

E.g. “The men were huddled together on the beat-up brig. This was their coldest storm yet on the Pacific.”

E.g. “What kills most people during a storm is not drowning in a shipwreck but the cold they have to endure.”

E.g. “Even though everyone else was scared and frantic, Juan thought the storm was awesome. It made him feel alive.”

E.g. “Surviving an awesome storm at sea will give you a great story to tell.

E.g. “We realized how unhinged the storm was when it turned the boat the other way around, nearly capsizing it.”

E.g. “Last week’s storm was unhinged. I heard that it nearly sank a freighter carrying around 100,000 tons of steel just outside the Port of Louisiana.” 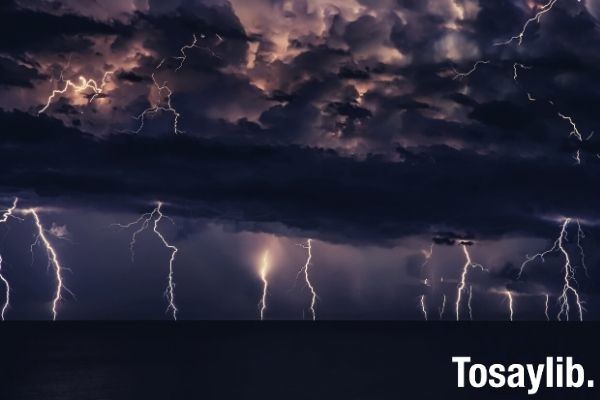 E.g. “The storm howled ferociously as we tried to steer our little fishing boat back to shore as fast as we could.”

E.g. “The storm was ferocious, its wind singing when blowing across the deck, bringing large waves with it.”

E.g. “The storm was surreal as it raged on, grey with the morning fog, the waves jostling our vessel.”

E.g. “What made the storm even more surreal was that I couldn’t help but think about how I might not survive and I’m not anywhere near my family.”

Storms are one of the most amazing weather occurrences when you consider how they have the power to build and destroy all in one watery bundle.

We hope that you’ve found a few words to describe a storm that can accurately express how you felt during one.