”LOL”, or “Laugh out loud”, is one of the most popularly used phrases in messaging apps, text messages and social media. If you want to keep up with popular speech, you’ve got to know how to reply to “LOL”.

Most times, you can just say “LOL” back, or some other variation of “Laugh out loud”. There are a lot of them, including “LMAO” (“Laugh my ass off”), “Haha”, “ROTFL” (Rolling on the floor laughing), “Hehe”, and a series of laughing emojis.

This post is all about how to reply to “LOL” or “Laugh out loud”, and what the different responses can mean in different situations. We will show you 18 witty and funny responses you can use with your friends. 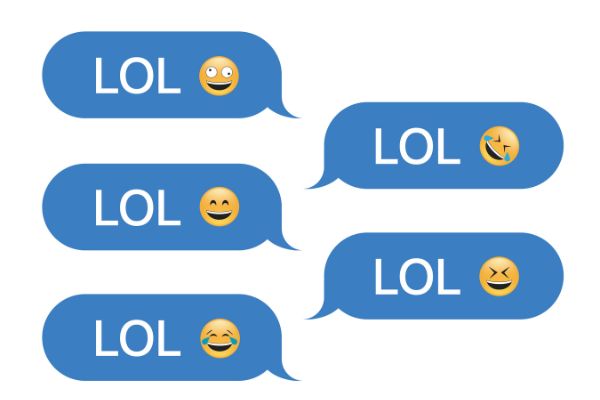 Photo by Denis Gorelkin on shutterstock

“LOL” is a type of textspeak, texting language, or SMS (short message service) language. It is used when a person finds something funny online or in a text message.

“LOL” is also used at the end of sentences to make it clear that what was said is a joke. In some cases, elderly people might use “LOL” to mean “Lots of love” although it is likely to be misinterpreted by the receiver to mean “Laugh out loud”.

Fun fact: “LOL” is one of the first of its kind. It emerged on Usenet, a precursor to social media and messaging apps. Since then, it has landed a spot in the Oxford Dictionary!

Don’t you just love it when your joke is a hit? Otherwise, you’d end up in a really awkward situation.

When a friend says “LOL”, you can say “LOL” too, or double-down on your comedy. This keeps the mood light and spirits high, exactly how things should be in a friendship.

Here’s how to reply to “LOL” when you make a joke that your friend finds funny:

Moms see all the good in us and give us compliments not even our friends do. They’re sometimes blinded by their love though and tell us things nobody else observes. We still love our moms though! When you say this, your friend is going to burst out laughing even more. 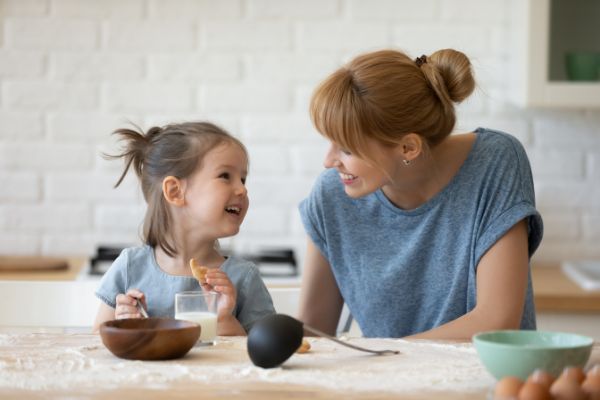 Photo by fizkes on shutterstock
02“Encore?”

An encore is a request from an audience for a repetition of what a performer or artist has just finished.

This happens when everyone enjoyed it and they would love to see it again. In one way, this is asking your friend if you should go on.

In another way, this is you acting like you’re a real-life comedian with an audience.

03“If you think that’s funny, wait until [insert what else you have up your sleeve]”

Use this when you have something else funny to say, for example, “If you think that’s funny, wait until you see what she said”.

You can customize this in any way you want based on the experience you’re going to share.

23 of the Best Responses When Someone Says “Ok”

This is something entertainers usually say at the end of their sets. It means you’ll be around for more jokes with your friend.

05“Imagine if I got to the punchline!”

This is good to say when your friend is laughing before you even reach the point of your joke. This will make your friend even more anxious to hear what else you have to say.

This could also be a bit of a tongue-in-cheek comment. In other words, you have actually got to the point of the joke, but you’re cheekily suggesting that you haven’t yet. 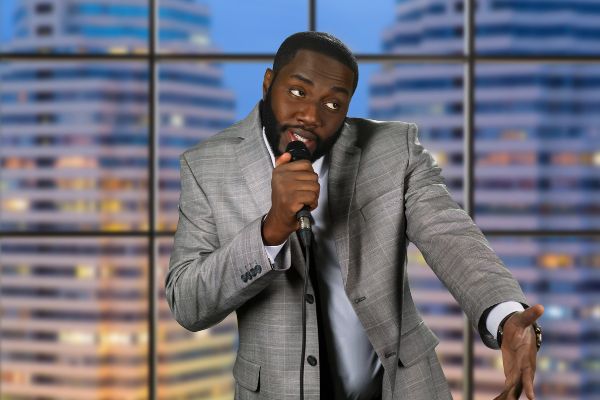 Photo by DenisProduction.com on shutterstock
06“Are you mocking me?”

Use this when you feel like the person is laughing way too much and the joke isn’t that funny.

You can also use this response jokingly as a way to talk about the person’s unusual laugh sounds.

When you’re having a good time joking around with your friend, he/she will most likely say “LOL” at the end of the joke. If you find it funny, this is how to reply to “LOL”

Funny enough, “LOL” is one of the most popular ways of how to reply to “LOL”. It means you’re laughing too. 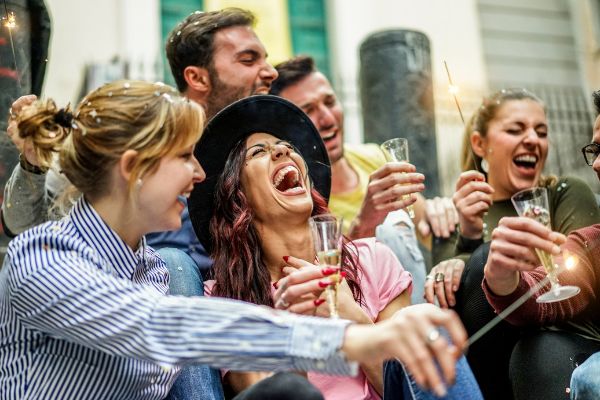 Photo by DisobeyArt on shutterstock
08“ROTFL”

“ROTFL” stands for rolling on the floor laughing. Reserve this for something so funny that you can’t control your laughter. 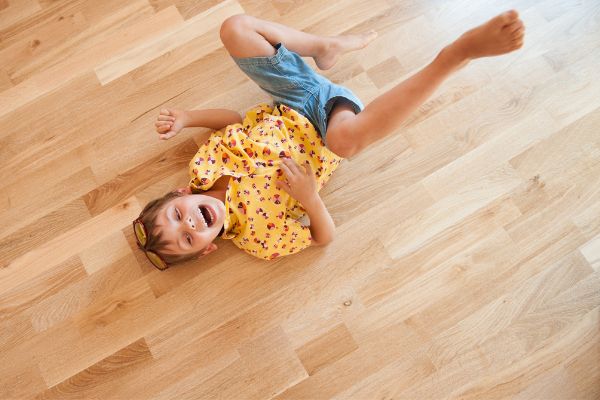 Photo by Ruslan Shugushev on shutterstock
09🤣

Laughing emojis are another popular way of how to reply to “LOL”, especially if you don’t know what else to say.

This is a response people often use when they find something funny. It has the same meaning as “LOL” and “LMAO”. It’s just another way of saying it. This can also be interpreted as sarcasm, depending on the context.

Of course, this only works if both people have heard of Richard Pryor, otherwise it doesn’t make sense. Richard Pryor was one of the most famous stand-up comedians in the world, so this is another way of saying you find it funny. It’s the same concept as throwing something in a bin and yelling “Kobe” (Kobe Bryant)!

“PMSL” means peeing myself laughing. Of course, it doesn’t mean you really are (hopefully!), but it shows just how funny you find the joke. 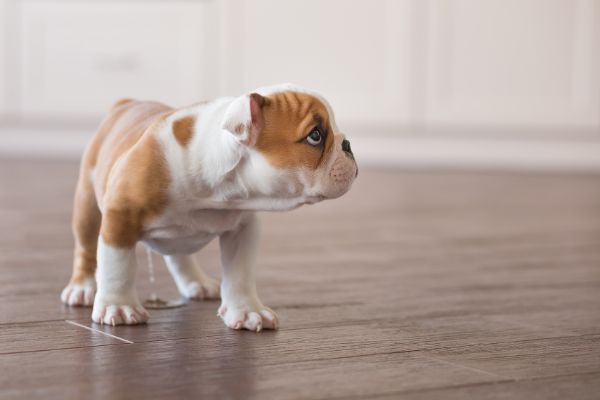 Photo by Twinkle Studio on shuterstock

Not all “jokes” are funny. Sometimes, they can go a little too far and offend someone. Other times, it’s because the person jokes about things that are a serious matter. In either case, when you don’t appreciate someone’s sense of humor, you should respond in such a way that says that.

Here’s how to reply to “LOL” when you don’t find the joke funny at all.

This is good to use when the person keeps making jokes about something to the point of them being offensive to you or a group of people. Choosing to leave the conversation will cause the person to really think about what was said, and hopefully learn about it. 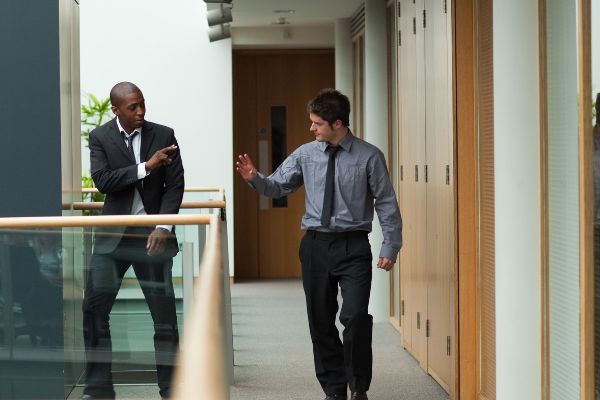 Photo by wavebreakmedia on shutterstock
14“Not funny dude.”

If you don’t want to leave the conversation or make a big stink about it, this is a casual response you can use. It shouldn’t offend the person or anything, so you don’t have to worry about him/her being mad.

This is a sarcastic response you can use when you don’t find it funny. It says that the joke is nowhere near being funny and he/she should be quiet. 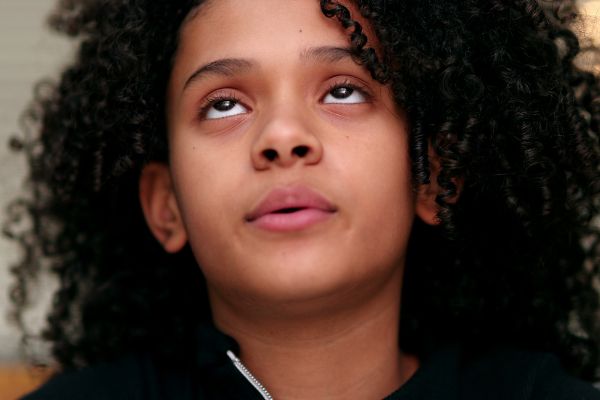 Photo by Bricolage on shutterstock
16“If I cared about what you thought, it would’ve hurt my feelings.”

Use this when the person makes a joke about you, but you’re unaffected by the ignorance. It says nice try but you failed, so move on.

Use this to change the subject abruptly. Talk about something else entirely before the person has a chance to go on with the nonsense. For example, “Anyway, what are you doing for the rest of the day?”

This response isn’t the same as “Haha”. Just say it out loud. It naturally sounds sarcastic, doesn’t it? This will tell the person he/she should be quiet now because no one’s laughing.

Now that you know how to reply to “LOL” in witty, funny, and even serious ways, you shouldn’t have a problem when texting your friend. There’ll be no awkward pauses, or sudden endings to your conversations because you don’t know what to say.