Rom-coms make spontaneous dates seem cute and romantic, but imagine the panic of trying to look your best in just an hour! On the other hand, when a date is planned, you have enough time to choose an outfit that makes you confident and prep your mind so you aren’t a nervous wreck.

So, now it’s time to decide what to say: Yes or no.

If you say yes when a guy asks you out last minute, remain cool, calm and collected, so you don’t seem desperate. If you say no, be polite about it because if you were in his shoes, you wouldn’t want someone to be mean to you.

These are 16 witty ideas of what to say when a guy asks you out last minute for both scenarios:

What to say when a guy asks you out last minute: 8 responses when you want to go but do not want to seem desperate

If there was an official rule book to dating, one rule would be “Never let a guy know you’re desperate”. Dating is a game, as much as some don’t want to accept it, and if you don’t play it right, you can end up in a bad place.

Plus, desperation can be a huge turn-off, and you can end up ruining your chances before they’ve even really begun. Here are some ideas of what to say when a guy asks you out last minute to say YES without seeming desperate:

01“That’s a bit last minute, but I think we can make it work if you give me another hour or so to get ready.”

Use this when you want to go on the date, but you aren’t about to rush yourself to get ready because of him. It says you’re operating on your own time, and if he wants to take you out, he shouldn’t have a problem waiting a bit longer. 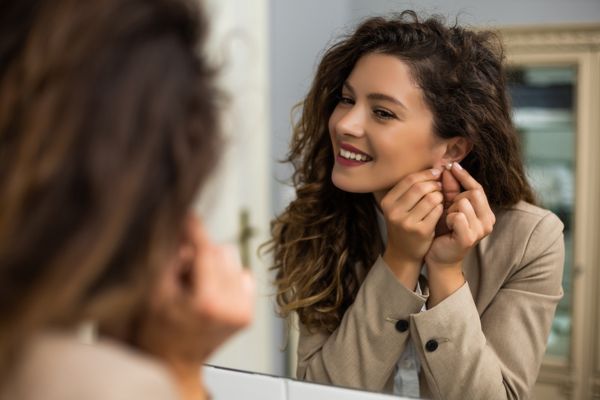 Photo by InesBazdar on shutterstock
02“I have some errands to run after this, but I should be free by [insert time]. Does that work for you?”

This makes it seem like you already have plans (even if you don’t) and you aren’t just sitting around waiting for someone to ask you out. He’ll be fine with it if you’re worth the wait.

03“You asked at the perfect time. My schedule’s clear for the evening.”

This is good to use when you’re a loner who doesn’t do much outside of work/school and doesn’t usually have plans. It makes it seem like he caught you at a good time, even if your schedule has been clear the whole week! 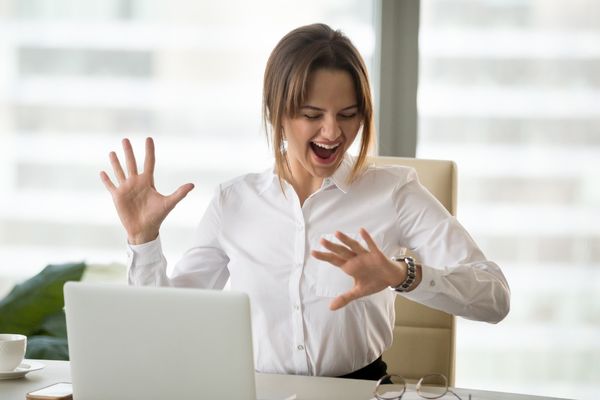 Photo by fizkes on shutterstock
04“I’ve been planning to go [insert activity] for a while now, but things kept popping up. I’ll definitely be able to make it tonight.”

It is good to use this example of what to say when a guy asks you out last minute when the date is something you’ve been dying to do. It says with or without him, you’d have gone anyway, so why not take him up on this offer?

05“I’d love to go out with you, but could we do it another time? How about next weekend? I’ve already committed to plans with friends this weekend.”

Say this when you want to appear as though you always have something going on. You can say this even if your weekend involves watching TV and spending it alone. It shows interest in the date, but it says you aren’t able to go at the last minute.

The best part about this response is that it gives you time. Now, you can focus on finding the perfect outfit and getting yourself together for a date with Mr. Handsome. 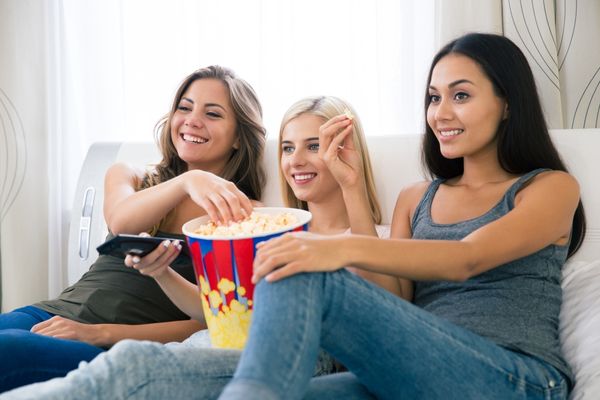 Photo by Dean Drobot on shutterstock
06“I’d be down for that. Let me know where and when and I’ll meet you there.”

This is a casual way to respond to make it seem like being asked on a date is no big deal, even if this guy is your crush and you’ve been dying for him to ask you. It can also say you’re used to this, meaning you have a lot of suitors, so it’s whatever.

07“Sure, I could use some fun after this crazy week. Who else is going?”

Use this when you’re not 100% sure if you’re being asked on a date. It can be embarrassing if you assume that’s what it is. This will make him clarify to prevent you from seeming desperate. 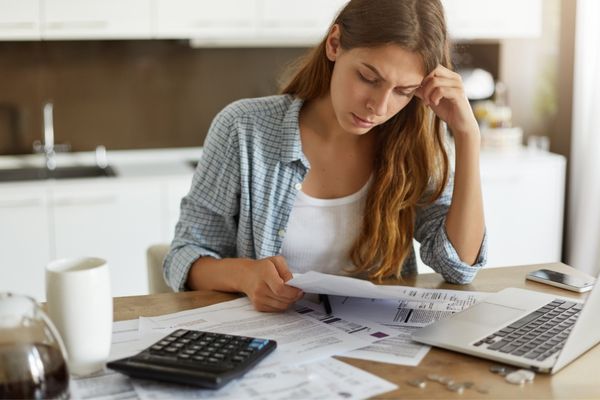 Photo by Cast Of Thousand on shutterstock
08“Okay, [insert time] is doable. I’ll see you then.”

This is another casual response you can use to be cool about the situation. It says yes without being overly eager about the date.

People typically say no to dates for two reasons: Either they’re trying to play the dating game cool, or they just don’t want to go.

When you’re trying to play it cool, you want to leave hints that you’re interested. If you don’t, the guy may give up and you’ll lose your opportunity forever.

You do this by rescheduling or making yourself seem busier than you really are. This says there’s still a chance, and he’ll have to be persistent and prove he really wants you.

When you just don’t want to go, even if you can make it, be polite. It can be very disheartening to be denied by your crush, and you wouldn’t want that to happen to you.

So, come up with some excuse, and let him down easy. In most cases, guys will take the hint and leave you alone, but be prepared to be blunt if he just won’t let go.

With that said, let’s explore what to say when a guy asks you out last minute to politely decline the invitation:

09“I wish you would have asked me sooner. I’m super busy for the rest of the day. Maybe another time.”

Use this when you don’t want to seem like that person with no social life or prospects. It says your company is in high demand, and he’ll have to schedule a date in advance. 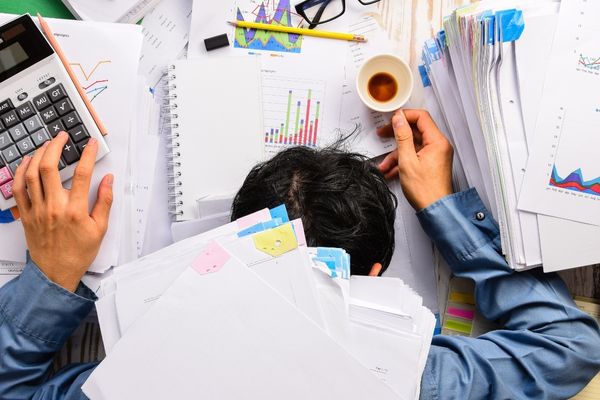 Photo by Jes2u.photo on shutterstock
10“Thanks for the invite, but I’m afraid I won’t be able to make it today. Let’s touch base soon and see when our schedules allow.”

This response is pretty vague since you don’t give a reason for declining the invitation. This will make him wonder about what you’re up to and who’s taking up all your time. It will make him step his game up.

11“I’m getting pounded at work/school right now, and I have a lot to catch up on. This is just a bad time.”

It is good to use this example of what to say when a guy asks you out last minute when he asks at an inconvenient time, or when you need an excuse to not go. It’s a good enough reason, and won’t seem like you’re just making an excuse. 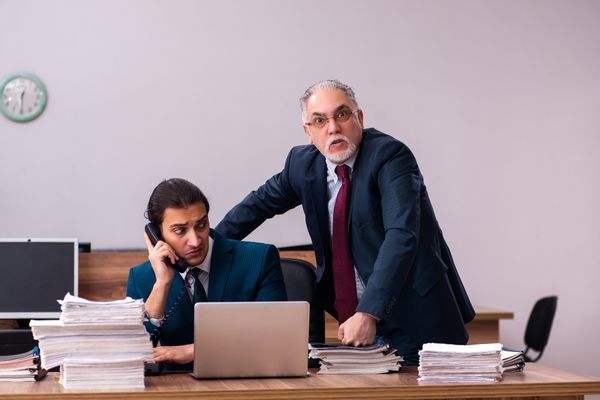 Photo by Elnur on shutterstock
12“Right idea, wrong time. My schedule is jam-packed right now, and I don’t even have time to breathe. I hope the offer is still open when it clears up.”

It is good to use this when you’re super busy but interested. It says you’ll still be interested once time allows.

13“I had a really long day, and the only thing that’s on my mind is falling face-first into my bed. Unfortunately, I’ll have to decline at the moment.”

Use this when you’re too tired to go out. You can also use it as an excuse when you don’t want to go out with him. Perhaps you can add a yawn to really sell it. 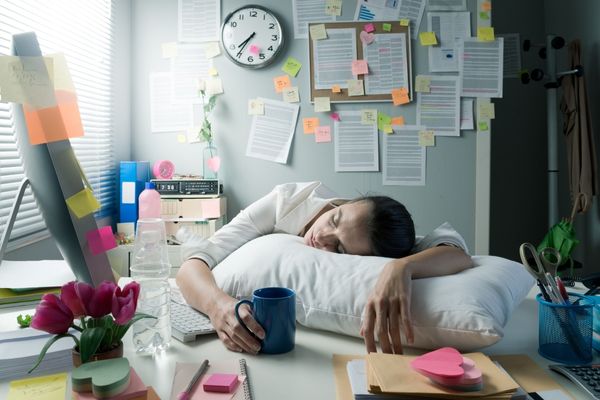 Photo by Stock-Asso on shutterstock
14“I hate that I have to decline, because I think we could have a lot of fun together, but my head’s just not here at the moment.”

It is good to use this when you want to go on the date, and could make it, but you’d be too distracted by problems in your life to enjoy the experience. 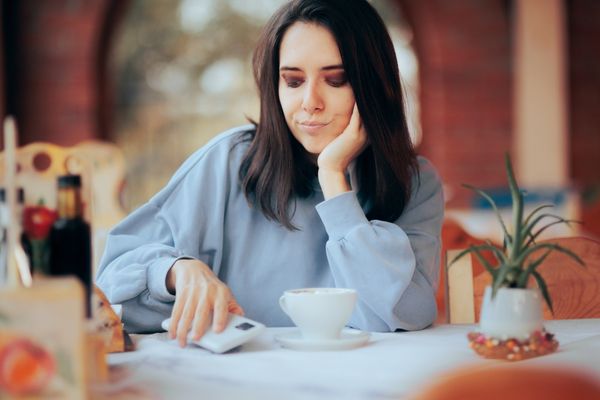 Photo by Nicoleta Ionescu on shutterstock
15“That sounds like a lot of fun, but this is way too last minute for me. Let’s plan something together that works for both of us.”

This can be used to decline the invitation in any situation. It says you’ll need more time to commit to a date.

16“I don’t like making promises I can’t keep. Today has been very hectic, so I won’t be surprised if I pass out the minute I walk through my door. Could we do it next Sunday instead?”

This says that you’ll try, but you don’t know if you can make it for sure. It also says you want to, so rescheduling is a real possibility.

When a guy works up the courage to ask you on a date, it’s best to just be nice. If you have to turn him down, be polite, and give a good reason for doing so.

We have also included several examples of what to say when a guy asks you out last minute and you want to go that won’t make you seem too desperate.