If you want to be a good or even great storyteller, you need to equip yourself with words to describe everything imaginable to paint vivid pictures for your readers.

In this post, we’re going to take a look at some words to describe space. Space can be a tricky thing to describe since most humans have never been there, and we can only base it on what we’ve seen in movies or read in books.

The good thing about being a writer is that even if you can’t draw on your memory to describe something such as outer space, you can use your imagination. If you want to create different settings for your readers in your description of what outer space feels like, you need to tap deep into your creativity.

Here are 25 of our favorite words to describe space and how you can use them to improve your writing:

10 words to describe space in a mystical way

Outer space isn’t just about what you can see. Sure, there are planets, stars and moons, but what about the way that it makes you feel, or in other words, the vibe?

When writing, it’s important to set that tone for your readers to make your storytelling more effective. Here are 10 words to describe space in a mystical sense:

Use the word enchanted to describe outer space when it causes the character(s) or anyone who comes in contact with it to feel an overwhelming sense of delight, or its power causes them to enter a state of great pleasure or happiness. For example, an enchanted garden or forest.

Example: “He was awoken from his pod by sounds of music coming from the enchanted space surrounding him, and felt an overwhelming need to find its source” 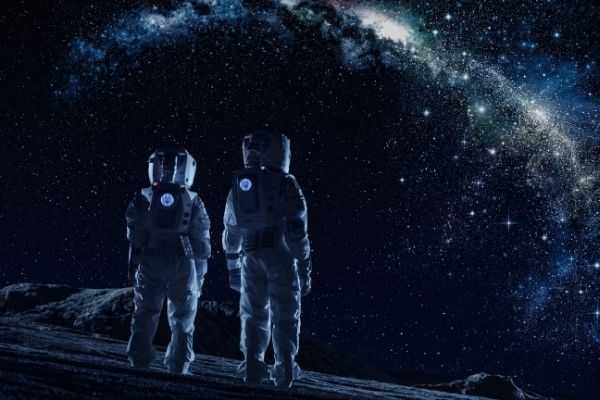 Photo by Gorodenkoff on shutterstock
02Ethereal

The term ethereal may be used to refer to celestial or heavenly bodies. When used to describe a mystical space, it may refer to another realm where characters are in the “spirit world” or on another plane, such as another galaxy or dimension in space.

Example: “She awoke from her trance, feeling lighter and free. The ethereal glow of her surroundings made her wonder if she had successfully been transported to Planet Argon.”
03Divine

Divine may be used to describe a mystical space in two different ways. The first may speak to it being a place that brings general feelings of well-being.

The other relates to God or a supreme being. The mystical space would therefore be heaven, which some people think is located in space.

Example: “Her struggle with cancer was long and hard. She deserves the divine embrace of her new home with the Father.”
04Infernal

Infernal refers to an atmosphere that is diabolical, wretched and miserable. In the past, people even believed the sun was Hell.

You may use the term infernal in a similar way to refer to a place in outer space that has a negative environment, or simply an extremely hot place, for instance, the planet Mercury.

Example: “Venus, the infernal planet, has long been out of the reach of scientists, but Dr. Fletcher is sure her new technology can get us there in the next decade.” 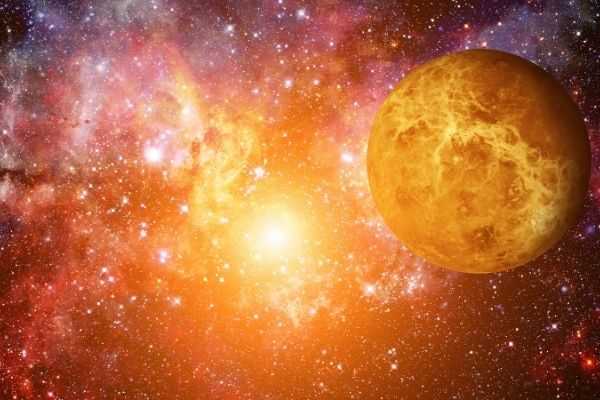 The term magical may be used to describe a space that is filled with magical beings; for example, fairies, mages, dragons, unicorns and so on. In outer space, these beings would be aliens and other lifeforms not found on planet Earth.

Example: “We entered the magical cosmos with hopes of encountering friendly aliens to show us their world.”
06Majestic

Majestic is a good way to describe a place in space that is so beautiful and pristine, that it can only exist in a mystical dimension, i.e fictional writing.

Example: “The elf world has the most majestic sunsets you’ll ever lay your eyes upon.”

35 Words to Describe a Forest Well in a Novel

Space isn’t always beautiful and enchanting. Sometimes, it can be really scary.

From black holes and meteors to the possibility of aliens and exotic diseases, the exploration of space has many unknowns.

A good word to use in this case is petrifying. It means that it’s so scary, characters are so frightened that they can’t move or even speak.

Example: “As the crew huddled together in silence, the captain did everything he could to evade the dangers of the petrifying meteor field, and the irreparable damage it could do to the ship.” 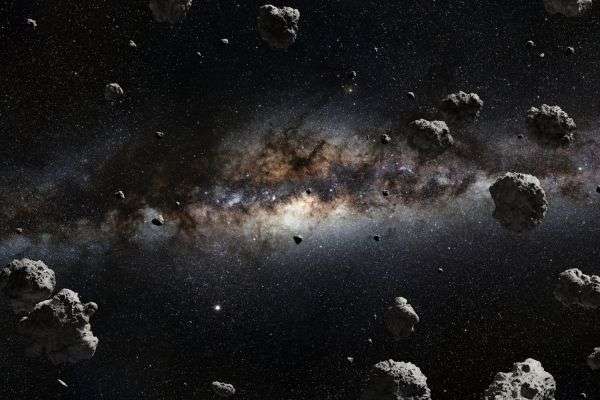 Use sacred to describe a space that is known to be or respected as an area where mystical things happen or can happen, or is reserved for certain religious groups, for instance, the river Ganges for Hindus.

Example: “This entire stretch is sacred from the Delos moons to the Warped Belt, as a Great Battle was fought there light years ago.”
09Supernatural

Supernatural is a good word to describe a space where things that can’t be described by modern science occur. A primary example is ghost sightings.

Example: “They dared not venture into that dark region of space where supernatural things are known to happen, and explorers are said to have disappeared.”
10Unworldly

Example: “They were teleported to an unworldly desert planet where the sands appeared carnivorous and eliminated anything that dared walk across it.” 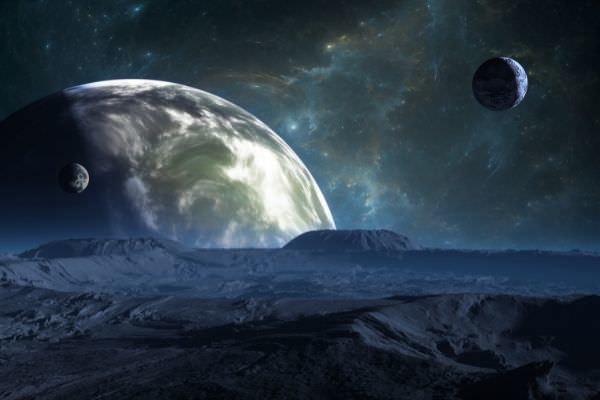 Photo by Jurik Peter on shutterstock

8 words to describe space when it is vast and infinite

Space is really big. It is so vast that it can be hard to describe to your readers just how huge it really is.

Here are some words to describe space based on its size:

Astronomical is typically used to emphasize the vastness of space. It is also perfect for speaking about how infinite outer space is.

Example: “Now that we have conquered all regions of Earth, it’s time to explore the astronomical reaches of outer space.” 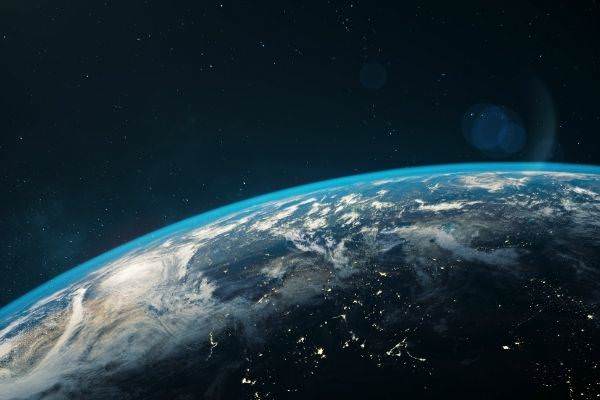 Photo by KeyFame on shutterstock
12Boundless

The term boundless describes a space that is limitless or immense. In other words, there are no boundaries, which is true for outer space as it’s constantly expanding.

Example: “The boundless nature of outer space attracts hundreds of thousands of applicants to the academy each year!”
13Endless

This meaning is pretty self-explanatory. Endless means that the space seems to have no end or limit.

Example: “I sure would hate to get lost in this endless space.”
14Expansive

Use the term expansive when you want to emphasize that the space covers a large area and has more room to grow. This is perfect since the universe itself is actually expanding.

Example: “Exploring the expansive space can go on for a lifetime.”
15Grand

Grand is good to use when complimenting the size of space, or when you want to emphasize that it is the largest of its size or commands the most respect.

Example: “The oceans on Earth may be deep and wide, but they are nothing compared to the grand observable universe.” 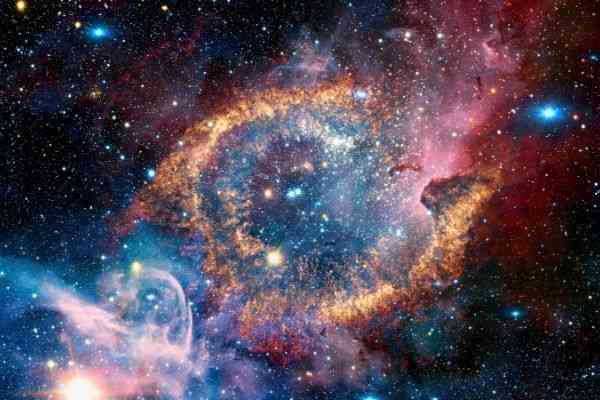 Use immeasurable when describing a space that is so vast that it cannot be calculated or measured. This is a truly infinite space and is synonymous with an abyss.

Example: “The scientists were baffled when all their equipment showed error messages. The immeasurable tear in space was unlike anything they’d ever encountered.”
17Remote

You may use the word remote to describe a space that is known to be vast and mostly unexplored.

Example: “Having discovered the remote planet, the astronauts were eager to land; however, their scans proved it was far too large for a team of four to properly explore.” 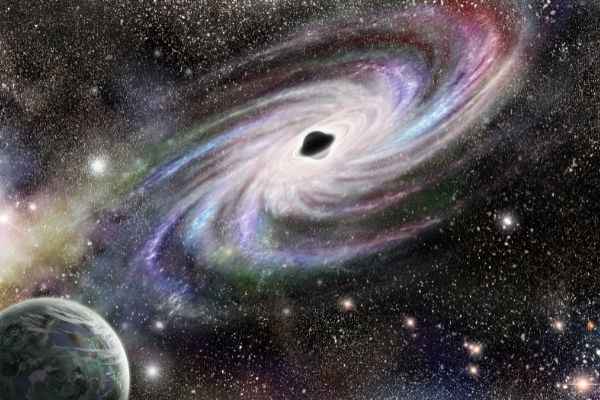 Photo by orin on shutterstock
18Timeless

Timeless used in this context can describe a vast and infinite space where the rules of time do not exist as they do on Earth. Use this in a fictional piece to talk about outer space or another dimension.

Example: “Bahlee was a timeless, vast expanse of untapped resources just waiting for the right civilization to harness its power and propel itself into another stage of evolution.”

Now, let’s talk about words to describe space that we live in, meaning the Milky Way galaxy:

The Milky Way galaxy is very big. That goes without saying.

Using the word abundant not only refers to the size, but you may also use it to refer to the multitude of stars and other heavenly bodies present within the Milky Way.

Example: “Through the telescope, the young astronomer observed the abundant Milky Way galaxy and made notes on what she saw.” 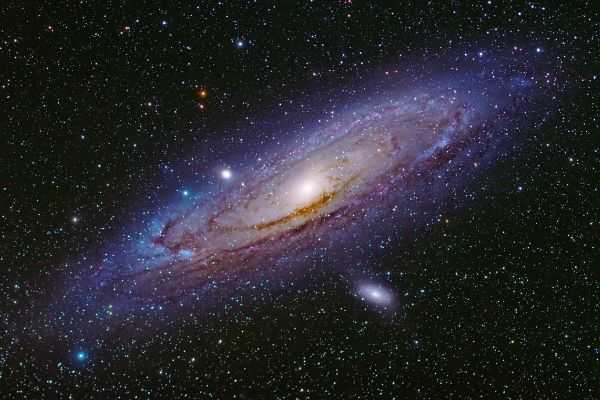 Photo by Antares_StarExplorer on shutterstock
20Barred

Barred speaks to the bands of light and colors that are characteristic of the Milky Way galaxy.

Example: “The first thing she wrote in her notebook on the Milky Way was about its barred appearance.”
21Brilliant

Whether you believe in a Supreme Being or not, we can all agree that the Milky Way has a brilliant design, meaning it was exceptionally made or created. Brilliant can also refer to its light or color since it is very bright.

Example: “The brilliant light of the Milky Way magnificently contrasts the blackness of space.”

20+ of the Best Words to Describe Night in a Story

The term galactic refers to the galaxy itself and is the perfect way to refer to it if you don’t plan on spelling it out.

Example: “I hope I’m selected to enter the galactic arena once the judges have finished deliberating.”
23Haloed

The term haloed refers to anything that has a halo effect or has a halo around it. This is common when looking at stars and planets.

Example: “How haloed and bright the stars and the rest of the Milky Way appear in the night sky!” 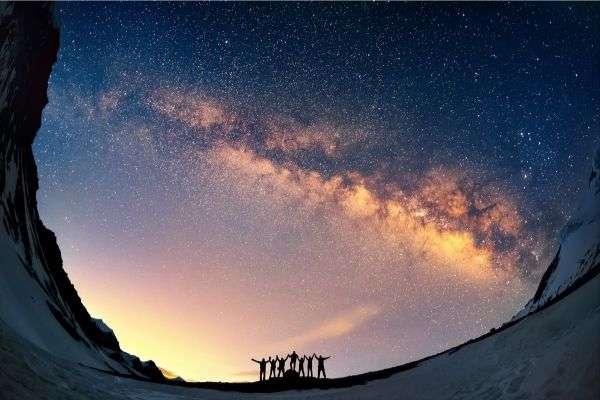 An object that is luminous emits or gives off light, or shines. The same is true for a space that is described as luminous.

Example: “His eyes lit up as he described his journey into the luminous Milky Way.”
25Mesmerizing

Something that is mesmerizing grabs the attention of people, and captivates them. Use this to describe the beauty of the starry Milky Way, or when referring to its size or vastness.

Example: “As the crew awoke from their cryo chambers and approached the windows, they were mesmerized by how much the Milky Way had changed since they were put to sleep.”