The Sun is the most important star in our solar system for many reasons. In this blog post, we’ll look at some words to describe the Sun in terms of its purpose, brightness and warmth.

We’ll also look at how ancient civilizations regarded the Sun, and some words to describe how it has been worshiped by various groups throughout history. Here are 25 words to describe the Sun, its brilliance and how it is viewed/experienced on Earth:

The Sun is the source of all life in our galaxy. Without it, the Earth would be a frozen, desolate ball of nothingness.

The Sun provides energy for plants to survive and produce food. Animals survive from consuming these plants and/or other animals.

Without energy from the Sun, we wouldn’t have our seasons, and our oceans would not be the same. The Sun is responsible for keeping Earth and other planets in orbit, so without it, we’d be wandering aimlessly in space.

Use these words to describe the Sun when you want to present it as being the source of all life, and the most important object in our galaxy:

Benevolent describes something that is well-meaning, generous and bountiful. All these traits can be attributed to what the Sun does for our planet.

“The Sun, in all its benevolence, shone on Earth and scared away the night.” 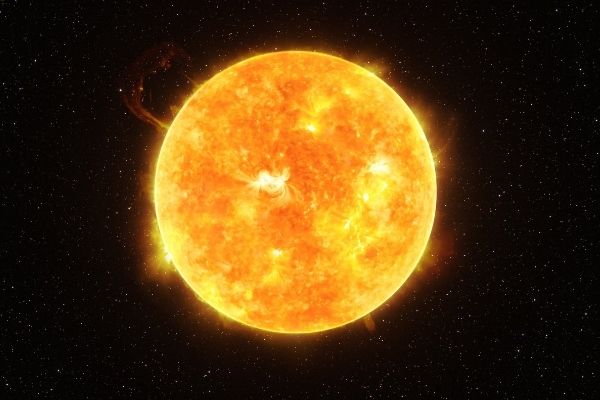 This describes something that lasts forever or is indestructible. The Sun was the first thing formed in our solar system. The Sun is very old and will be around for a very long time, hence, it is everlasting.

“She danced in the everlasting sunshine until her feet went numb and the night approached.”
03Gravitational

Gravitational refers to a force of attraction, primarily towards a center of gravity. In our solar system, that center is the Sun. The Sun’s gravity plays a major influence on planets.

“We learned in class that the gravitational Sun was responsible for our solar system being in the form that it is.”
04Life-giving

The Sun is the source of all life on Earth. It is responsible for sustaining and revitalizing life.

“It won’t be long until the life-giving Sun beckons the plants to sprout, and the hibernating animals to awaken from their deep slumber.” 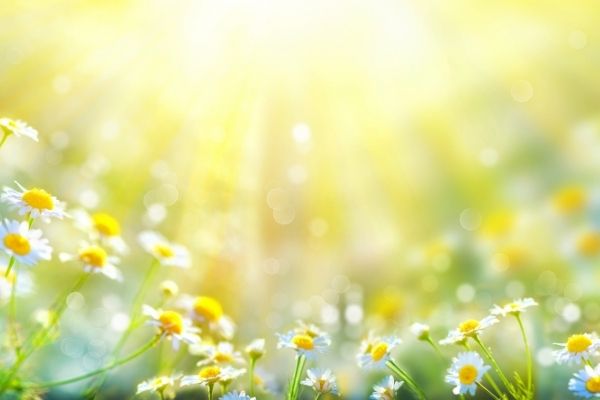 Reliable describes something you can count on to always be there. Like clockwork, the Sun consistently rises and sets on Earth, and remains in a fixed location in space. We expect to see the Sun when we wake up, and we know it will not disappear from our skies any time soon.

“We installed solar panels to capture the energy from the reliable tropical Sun.”
06Vernal

Vernal can refer to the activity of the Sun in the springtime. Here, life on Earth begins to bustle, with animals waking up from hibernation, flowers beginning to blossom, and mass migration of several species. This is all due to the Sun’s influence on seasons and other factors. Vernal can also mean revitalization and life-giving.

“The vernal Sun was a welcomed sight, signaling Earth’s reawakening after the harsh winter.”

31 Ways to Better Describe the Wind in Your Writing

6 descriptive words about its brightness

The Sun appears as the brightest object in the sky, except at night when it’s the Moon. The brightness of the Sun on any given day is dependent on the season, climate, and most importantly, cloud cover. Some days, the Sun is bright and “sunny”, and other days, you can hardly tell it’s there. Here are some words to describe the Sun that can help you explain its brightness:

Use this to describe how the brightness of the Sun affects your eyes when you look at it directly. Dazzling describes something that is so bright that it is hard to look at or causes temporary blindness. A word of warning though- looking directly at the Sun can damage your eyes and is therefore not recommended.

“The sunlight was dazzling, so we shielded our eyes with tinted sunglasses.”
08Golden

Use golden to describe the appearance of the brightness. When we look at the Sun, it ranges in color from yellow to gold, unless there’s an eclipse or other heavenly phenomenon.

“She was bathed in the golden Sun and caressed by the waters of the mineral spring.” 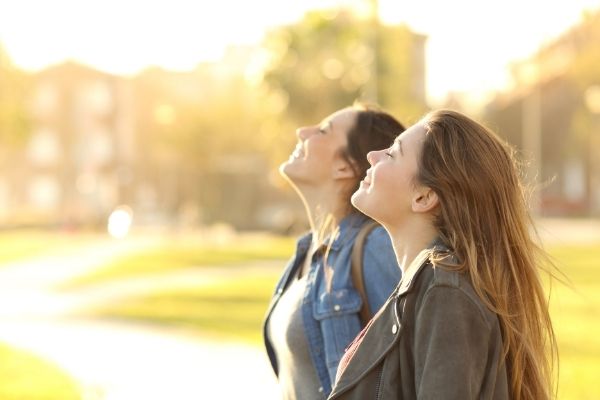 Radiant is used to describe something that is glowing or shining brightly. It also describes the rays of the Sun reaching far and wide and providing warmth to everything it touches.

“On Earth, plants and animals depend on the radiant energy of the sunshine to survive.”
10Struggling

Struggling can be used to describe sunshine that is not as efficient as it is on other places on Earth. For example, towards the poles, the Sun is present in the sky, but everything is frozen, and it is extremely cold and sometimes dark.

“He watched and waited for the struggling Sun to emerge from behind the domineering clouds.”
11Unclouded

Unclouded is another way to describe little to no cloud cover. When the rays of the Sun are not obstructed by clouds, the effects are warmer, fairer weather. Usually, this is favorable, but it can also mean that the Sun is scorching, and people are uncomfortable.

“”It’s beach day!”, Anna shouted, as she smiled at the unclouded Sun.” 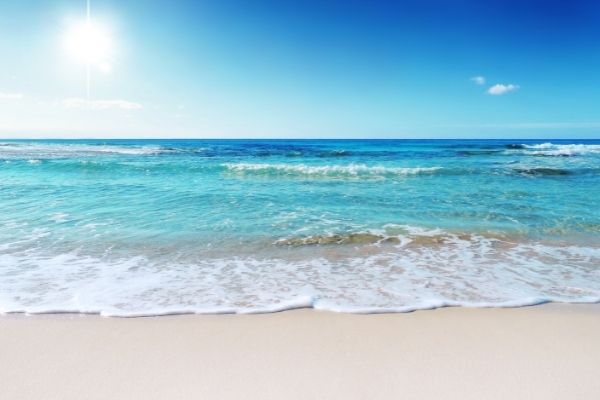 Photo by Eivaisla on shutterstock
12Westering

As you may already know, the Sun rises in the east and sets in the west. When the Sun’s brightness is described as westering, it means the Sun is setting, temperatures are cooler, the day is getting darker, and night is setting in.

“The westering Sun told the campers it was time to return to their campsite before it became too dark to travel through the forest.”

6 words to describe its warmth

When you go outside, how warm or cold it feels depends on how much of the Sun’s warmth is reaching you.

The Sun itself is pretty hot, but most of that heat isn’t felt by us humans. If it was, we’d be more than a bit hot, we’d burn up!

So, let’s be thankful the amount of warmth or heat that reaches us is controlled. Here are some words to describe the Sun and its warmth:

Blazing means very hot and bright. It can be used to describe the Sun’s warmth at its peak; for example, during summer.

“The A/C was put on full blast as the family dove into their vehicle for relief from the blazing hot Sun.” 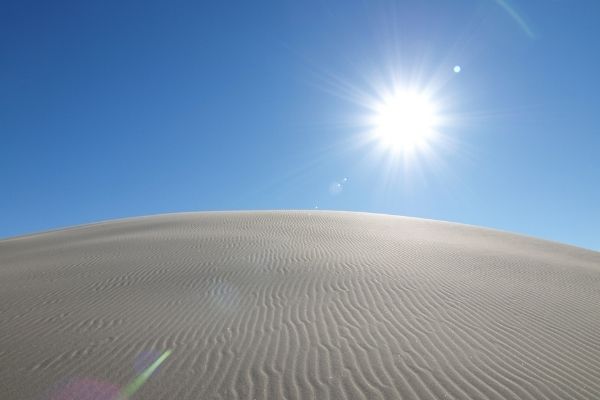 Photo by trekandshoot on shutterstock
14Concentrated

Use concentrated to describe intense heat from the Sun in a specific area. You probably know the climate is influenced by different factors, primarily the characteristics of the location, such as distance from the sea, height above sea level and vegetation. So, even within the same country, one place can be hot generally, and another cooler and more pleasant.

“On the eastern side of the island, the Sun is more concentrated, even during the rainy season.”
15Dehydrating

The Sun can suck the moisture out of things and make them dehydrated. Use the word dehydrating to refer to the high evaporation rate caused by high temperatures, or the feelings of thirst and overwhelming heat people experience when the warmth is intense.

“He motioned to his rescuers for something to drink, as he was a victim of the dehydrating Sun for two days and had nothing to cool down his body.” 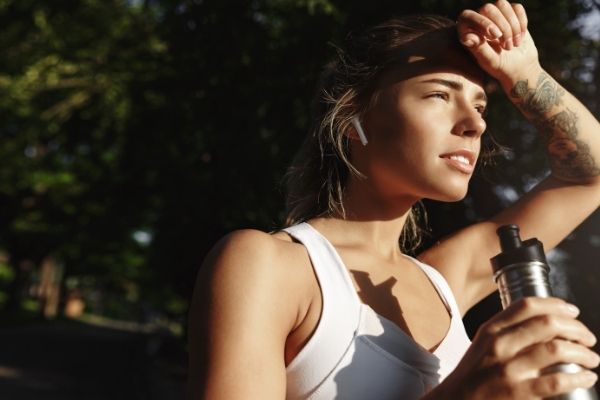 Fervent refers to something hot, burning or glowing, just like the Sun on a hot day.

“They warned her of the fervent Sun, but she still insisted on wearing a hoodie, much to her dismay.”
17Polar

Polar can be used to describe the Sun in cold climates. Even though one may see the Sun shining, it’s not always very effective at increasing the temperature or making it warm.

“It’s daytime, but you could never tell as the polar Sun gave nothing but a light show.”

40 Engaging Words to Describe Voices of Characters in Your Novel

Scorching is a great way to describe a hot desert Sun or a heatwave. It is extremely hot and unfavorable.

“The tourists didn’t stand a chance against the scorching desert Sun.” 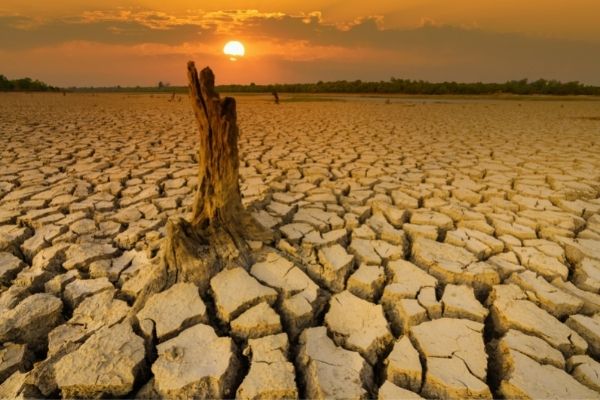 Photo by KITTIPONG SOMKLANG on shutterstock

The Sun has been worshiped by many cultures throughout history, so much so that it was considered a god. Today, the Sun continues to be a source of fascination for people all over the world and is still revered for spiritual significance.

These are some words to describe the Sun in reference to how it has been worshiped by many cultures in human history:

The Sun is older than humanity. The Sun is even older than Earth and the rest of the planets in our solar system. It’s only fitting, then, that the Sun is described as ancient.

“The ancient Sun was a beacon of hope and prosperity for past civilizations.”
20Apocalyptic

Some cultures feared the Sun and worshiped it as a god. In many cultures, it is believed Earth will meet its end by the Sun swallowing Earth, or some other variation of that. Use apocalyptic to describe this ancient belief, and how it represented impending doom.

“The tribe bowed down to its apocalyptic Sun and prayed to the heavens for a prosperous harvest.” 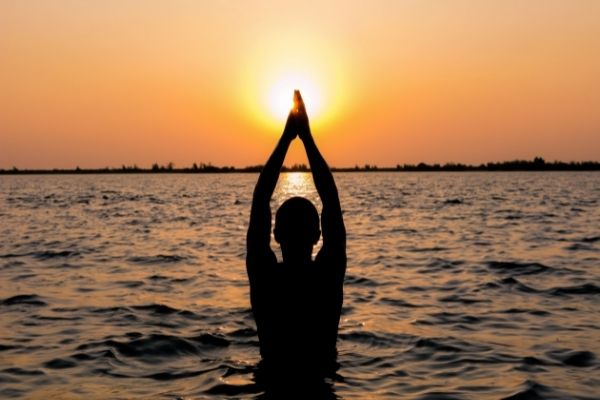 Eclipses were considered omens from the gods. In ancient civilizations, an eclipse usually meant the heavenly rulers were not pleased. When the Sun is eclipsed, it is temporarily obscured in the sky. Use this word to describe the traditions and beliefs of the people who worshiped the skies.

“The village chief looked on in horror as the Sun eclipsed, signaling his defeat in the upcoming war.” 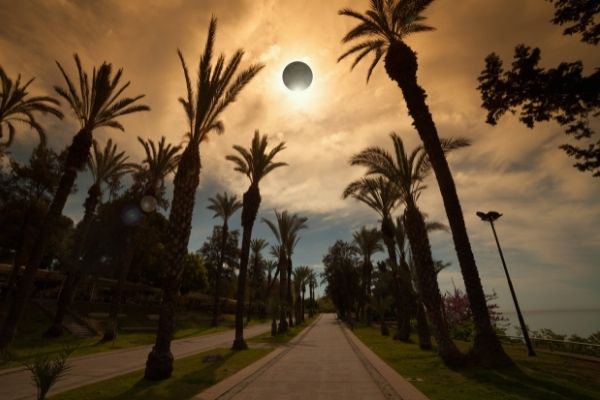 Photo by IgorZh on shutterstock
22Glorious

Glorious refers to something that has a divine or unique appearance. Since the Sun was one of a kind and proved beneficial to ancient civilizations, it was considered a glorious sight in the sky.

“Soldiers cheered on as the glorious Sun rose over the battlefield, revealing their enemy.”
23Heavenly

Heavenly describes something that is divine, of the heavens or otherworldly. The Sun is the dominant figure in the heavens, and out of the reach of humans, so it is considered god-like or holy.

“A few women gathered at the steps of the temple to show their devotion to the heavenly Sun and hope for fertility.”
24Magnificent

The Sun may be described as magnificent, meaning that it is extremely beautiful or impressive. For humans, it’s too bright to look at for too long as they would be blinded.

“It only took a few days for the tribesmen to erect a statue in celebration of the magnificent Sun that favored their village.” 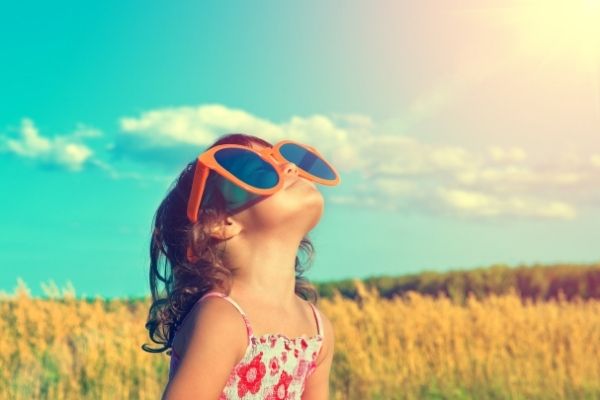 Photo by vvvita on shutterstock
25Mythic

Mythic can be used to describe the Sun’s role in ancient worship and religion because it is something that cannot be possessed or accessed by humans. Its importance in determining what one should do was also greatly exaggerated and idealized or placed on a pedestal.

“The northern tribe bathed in the rays of the mythic Sun, disrobing their furs and kneeling in reverence.”

The Sun gives us light during the day and warms us during winter. Without the Sun, we would not survive.

From the dawn of human history, this has been a well-known fact and has caused our ancestors to worship it. With these words to describe the Sun, you can improve your writing, communicate your experiences better, and widen your vocabulary.