As a writer, you’re tasked with coming up with new and interesting ways to say the same things, such as finding another way to say “For example”.

This may sound complicated at first, but if you want to be original and stand out, you’ve got to get those creative juices flowing. For example, when you’re supporting a point or clarifying an argument.

You can also say “For example” when using an example, to make your writing/speech more memorable or for emphasis.

By now, you may have noticed “For example” a few times, and it’s getting a bit repetitive. This is exactly what we mean by you needing another way to say it!

While you brainstorm another way to say “For example”, check out this list we made that you can use in your writing right now:

Another way to say “For example”: 10 alternative ways when you introduce an example to support your point

We use examples to support a point to give it more weight, or to strengthen it. In this instance, you are providing the audience/reader with proof or a reference to work with.

Your point will be better received if you have concrete proof, along with qualitative or quantifiable evidence. Use this list to find another way to say “For example” when introducing an example to support your point:

Use this when you wish to refer to a specific event or refer to statistics. This phrase is best used to back up a strong claim that may otherwise be doubted without the facts.

“We have made school uniforms mandatory because several students have broken the rules; case in point, Marcy Davis coming to school with red hair, a miniskirt and multiple piercings.” 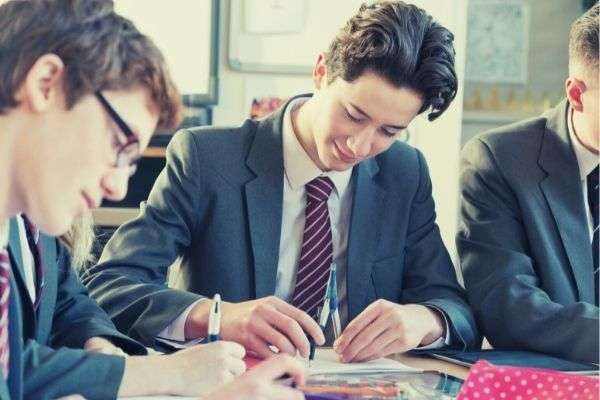 Photo by Juice Flair on shutterstock
02Such as

This is very close to “For example” and means just about the same thing. Substitute it when making references to several things.

“The school requires parents to provide their children with their own stationery such as pencils, erasers, rulers, pens, crayons, paintbrushes and paint.”
03Specifically

Use specifically when you want to cite exact instances or be very detailed when giving your example.

“A group of students from the school was arrested by the police, specifically those associated with the Young Bloods gang.”
04As indicated by

This is best used when referring to a specific example or incident. It is meant to prove the point by directing the audience/reader in a single direction.

“It was her final day as principal, as indicated by her absence and resignation letter.”
05Basically

Use this to clarify your point, especially when writing informally. It is a way to reiterate what was said or extend the point made.

“The school lunches were terrible. It was basically prison food and even worse than dog food. We all avoided the cafeteria.” 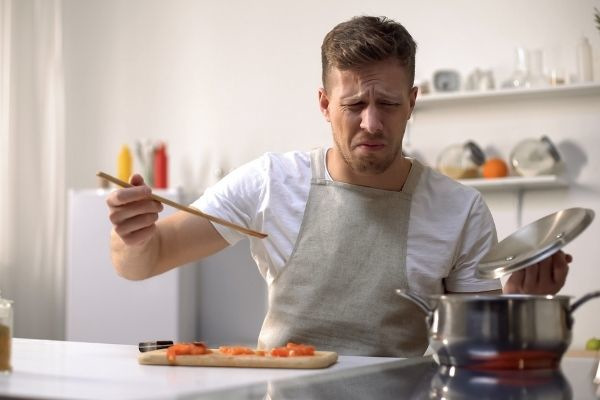 Photo by Motortion Films on shutterstock
06As you can see

Use this when mentioning obvious examples or already proven ones.

“Allowing the high schoolers to dress in casual clothes was a mistake. As you can see, many have turned up in short skirts, ripped jeans and crop tops.”
07Particularly

This is best used when speaking about a general topic, but you want to cite specific examples. It can also place emphasis on them.

“We have to revise the curriculum, particularly the offensive chapters on Native Americans and Jews.”

25 Alternative Ways to Say “Looking Forward to Working with You”

08This is made apparent when/by

Use this when you want to say how something happens or refer to specific instances.

“Jen is a rude girl. This is made apparent by the way she speaks to her parents and teachers, and her disobedient attitude.” 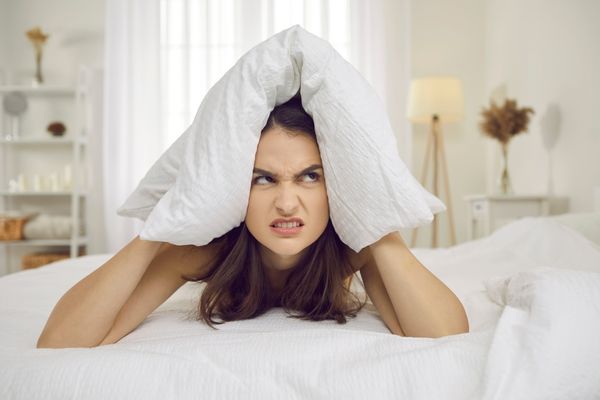 Photo by Studio Romantic on shutterstock
09Examples include

This is very similar to “For example”, but the difference is that this version is plural, and more suitable for listing multiple examples.

This alternative is best used when making an example with the intention of comparing it to something else or adding another example. It helps the reader better understand what is being said.

“I don’t want certain teachers around my child. The math teacher sets a bad example with his potty mouth. Similarly, the P.E teacher was just arrested for a DUI.”

Another way to say “For example”: 9 alternative ways when you provide an example to help your audience/readers understand your argument better

Browse this list of alternatives to find another way to say “For example” to help your audience/readers better understand your argument:

“Parents have been complaining about the lack of proper facilities at the school. For instance, our gym has broken equipment and the bathroom stalls don’t even have doors.”
12To give you an idea

This is good to use when introducing a new idea as an example or to support your point. It should be something relatable and easy to understand.

“The children need face-to-face classes because they’re falling behind. To give you an idea of what we mean, take a look at this year’s SAT results.” 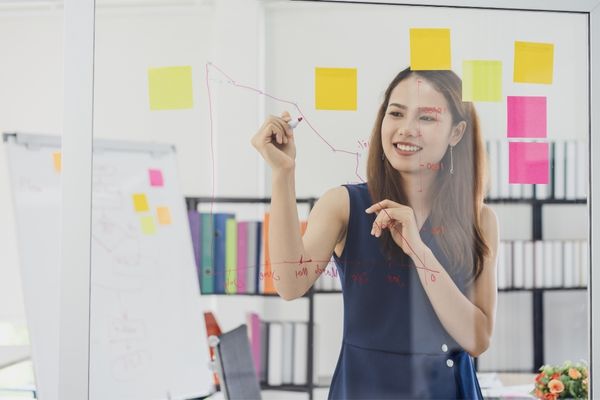 Photo by WichM on shutterstock
13To clarify

Use this when you make a complex argument, and you want all readers/listeners to be able to follow your point. It restates the point in another way or supports it with another example.

“To clarify, I’m not saying it has to be now, but I would prefer it if you could give me an answer within the next week or two.”
14In fact

This is good to use when the examples are based on facts, figures or statistics.

“This is one of the best turnouts we’ve had since we opened. In fact, we sold 30% more product, served at least 1000 customers and had to work overtime to meet demands.”
15Simply put

Use this when you want to simplify what was said using a related example.

“Student satisfaction rating was up by 12%. Simply put, the kids love it here and are always willing to participate in activities and events.” 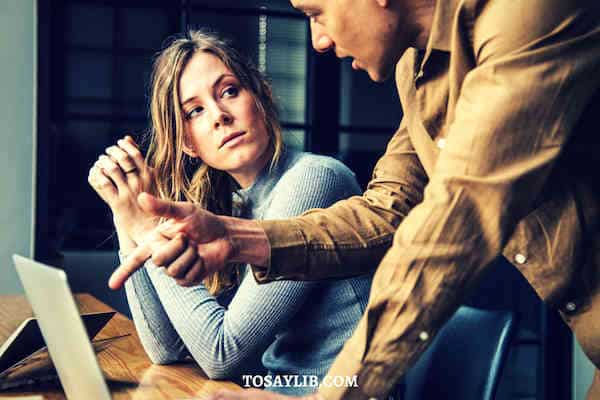 Photo by rawpixel on Unsplash
16Suppose

This is a good way to grab the attention of your audience/readers by making them think critically about how the examples relate to each other. Sometimes, it may take the form of an idiom, anecdote or a simple scenario.

“It’s not a good idea to spend your entire paycheck when you can budget and invest. Okay, suppose I have twenty-five dollars. If I give my wife $5 for groceries and spend $10 on rent and utilities, I should be putting at least $7 towards my future.”
17To demonstrate

Use this when your example is something you can show physically or refer to when it is credible information.

“It doesn’t make sense to keep buying paper towels over and over again when you can just use kitchen towels. To demonstrate, watch how many sheets I have to use, versus simply squeezing out the kitchen towel.” 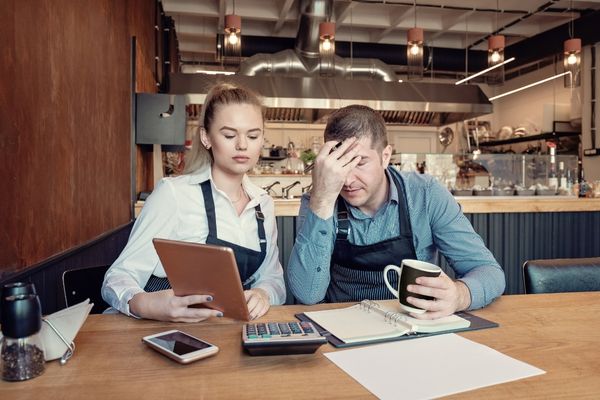 It is good to use this when you wish to add more examples or further your point.

“We had tons of donations from the student council such as food and toiletries. Additionally, they provided diapers, tampons and sanitary napkins.”
19As in

Use this when the example is something the reader/audience can verify themselves or when you wish to clarify a point.

“[Name of a play] is an interesting play, but there are many instances that make it clear this is political commentary, as in act 3, line 5.”

Another way to say “For example”: 9 alternative ways when you introduce an example to make your writing/speech more memorable for your audience/readers

Examples are also important when writing or making a speech because they help to make it more memorable. This is where you pull out examples that make the audience/readers think or compare them to their life experiences.

These types of examples include the audience/reader in your speech/writing, thus having a greater impact. You can find another way to say “For example” in this scenario below:

Use this when an event that has happened or will happen will serve as an example. It can also refer to an action such as a demonstration or experiment.

“Teachers are resigning at an unprecedented rate due to poor work conditions. To illustrate this point, I have reached out to 5 teachers who will share their experiences and explain their reasons for leaving.” 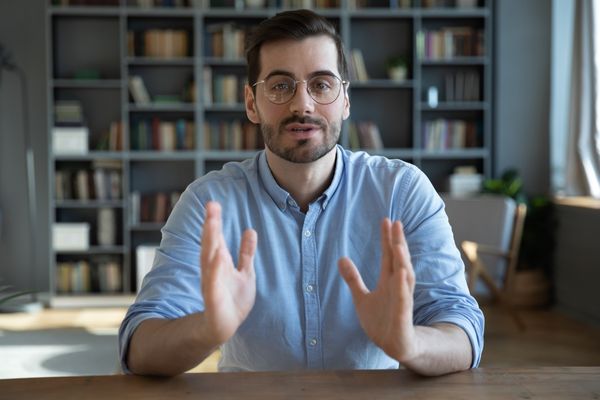 This is good to use when you are explaining something complicated or you want to show how something will happen.

“Using a graphic designer to create the fundraiser poster will increase traffic to the school’s GoFundMe. Let’s say that amounts to 40% more donations.”
22Exhibit A

It is good to use this when you have one concrete example that will prove your point or drive it home.

“You’re a messy person. Exhibit A: You leave your dirty dishes on the counter and never wash them.”

This is good to use when the situation happens as a result of another. In other words, B is an outcome of A.

“There’s been a huge demand for call center workers since the pandemic. Consequently, companies have set up operations in India, the Philippines, Sri Lanka and China.”
24Imagine/picture

This tells the audience/reader that he/she should prepare to put him/herself in the shoes of another person or pretend they are in the situation being exemplified.

Photo by Monkey Business Images on shutterstock
25In light of

Use this when you want the audience to take something into consideration while giving the example. It means “As a result of”, “Since” or “This is happening because”.

“In light of the hockey team coming down with COVID-19, and a few suspected cases on the staff, we should postpone the pep rally until further notice.”
26With this in mind

It is good to say this when the examples occur as a result of another event. It’s an alternative to “Considering”, “As a result” and “In light of”.

“The farm was to be sold, and today would be the last day she could visit her childhood home. With this in mind, she collected as many fruits as she could, picking apples, cherries, mangoes and pears.” 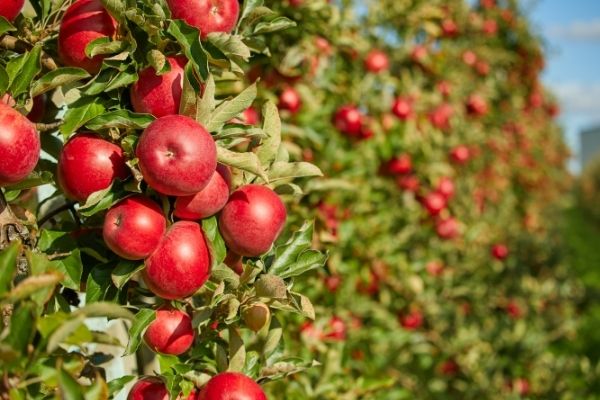 Photo by Zoom Team on shutterstock
27Pretend that

This is similar to imagine/picture this, except there’s no guarantee it will happen or it has not happened yet.

“Pretend that you’re unable to go outside, there’s less food and fresh water, and natural disasters are even worse. This is what will happen if we don’t take the fight against climate change seriously.”
28What if

Use this when creating an imaginary scenario as an example. It works well because it engages the audience. Without imagining it, they may not be able to understand it.

“I don’t like the way you spoke to her at the supermarket. What if someone did that to you and you started crying out of sheer embarrassment?”

If you need to spice up your writing, there are some subtle changes you can make that will make a huge impact. Finding another way to say “For example” is just one of them, but the point is, be creative!

Try to say it in an impactful and unique way. Have fun with it and don’t take yourself too seriously (except, of course, when the situation calls for seriousness).