Saying “in my opinion” gets played out, especially when you’re trying to have a lengthy conversation. There are many other ways to say “in my opinion” or “I think” without sounding like a robot or a scratched record.

Furthermore, these other ways to say “in my opinion” vary, depending on the situation you find yourself in.

For instance, “I think” wouldn’t sound very intelligent in a business meaning and you would seem unsure of yourself.

Here are 25 other ways to say “in my opinion” or “I think” for different situations, how they can be used interchangeably, and more importantly, what they all mean.

Imagine listening to a business pitch or proposal, and the presenter keeps using the same sets of words to start a new point or introduce a new thought.

If not for emphasis, you won’t be very convinced and might even tune out after a point.

Now, imagine that presenter is you. Would you want to seem incompetent in a formal setting and become lower in the esteem of your peers?

Stick around to learn 13 other ways to say “in my opinion” in formal settings:

This is a good example to use when you are speaking in a formal setting and sharing your opinion with others.

It means pretty much the same thing, but saying the word “belief” rather than “opinion” shows that you have a strong conviction and little to no doubt in what you are saying. 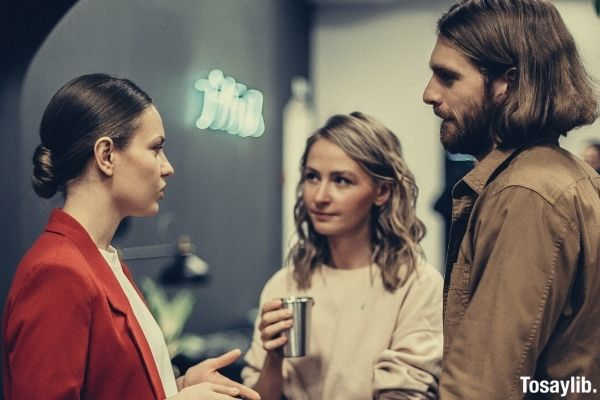 Photo by cottonbro under pexels license
02“Contrary to that belief”

Use this response when you want to rebut someone’s point. This is a classy way of saying “no you’re wrong, these are the facts”.

This is especially useful when it is an unpopular opinion as people sometimes do not welcome differing views. This is a polite way to disagree strongly.

This is a good way to say “I think” or “in my opinion” because you are preparing whoever is listening and asking him/her to view things from your standpoint.

This is especially useful when speaking to people who have strong convictions.

04“In my professional opinion”

It is good to use this when someone asks a question that falls into your niche or area of study.

This “opinion” holds a lot of weight since you have expert knowledge and can make a statement based on fact and not mere feelings or assumptions.

05“Based on my personal experience”

This is good to use when a scenario is brought up that you have first-hand experience with and you wish to share the knowledge you have gained from it. It is also more relatable. 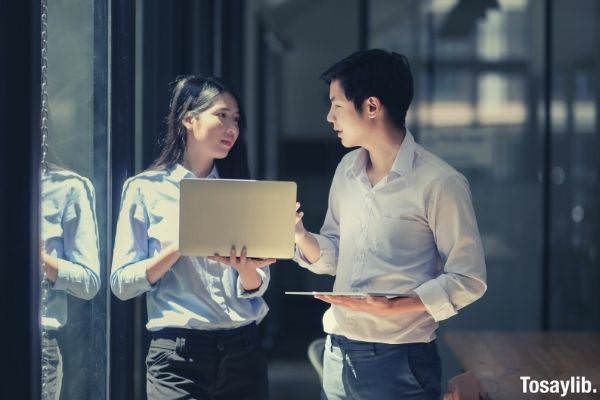 Photo by bongkarn thanyakij under pexels license
06“In terms of”

This is good to use when you want to state an opinion, but want to clarify or section your thoughts/opinion.

It is good for specification purposes, or for outlining different areas in your response.

In a professional setting, what you say can sometimes come back to haunt you. This is a good way to say that you do not wish for your personal opinion to be quoted or reported.

Simply put, this means that the words you are about to say are based on what is known now, and may change as discoveries are made.

It is a pretty fancy way of saying “with what we know now.”

09“Upon pondering the details”

This is good to use when you want to show that you did not pull an opinion out of thin air and that you spent time researching before formulating your thoughts. 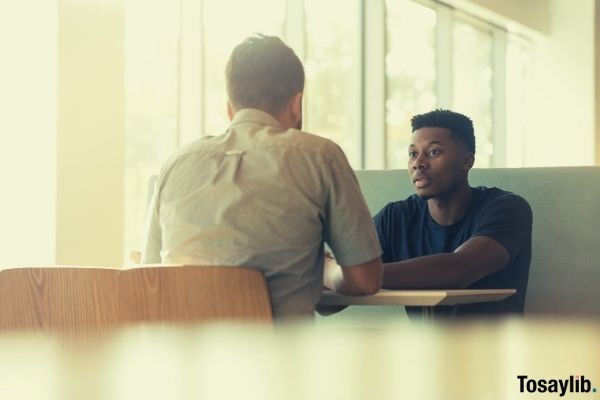 Photo by LinkedIn Sales Navigator
10“I would argue that”

This is good to use when you don’t quite agree with the opinion of someone else and wish to firmly state your own as an alternative thought.

Note that “argue” in this sense does not mean you’re trying to be aggressive or actually argue.

It is good to use this after doing your analysis of a situation or person to show that you have given it plenty of thought.

It also leaves the door open for other opinions and shows that you welcome a healthy discussion.

It is good to use this when your opinion is more than just an opinion and is supported by others or some sort of fact.

13“If I may outline a response”

It is good to use this when someone brings a problem to your doorstep and you say this to give yourself some time to formulate an appropriate response.

You can also use it when you have a multipronged or elaborate thought process that lets them know they need to perk up their ears and listen closely. 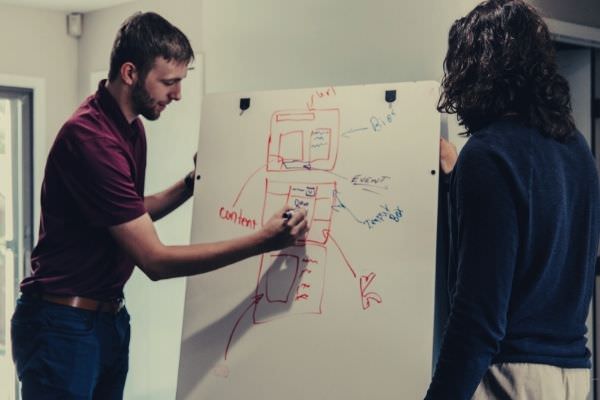 Photo by Kaleidico on unsplash

In casual conversation, most of the time you don’t have to worry about using fancy words to share your thoughts and opinions. However, it is good to have alternatives to use nonetheless.

This is a bit redundant because obviously you were asked for your opinion, however, it is a very popular phrase that means “This is what I think”.

You can use this when you are about to drop a bombshell-like answer. 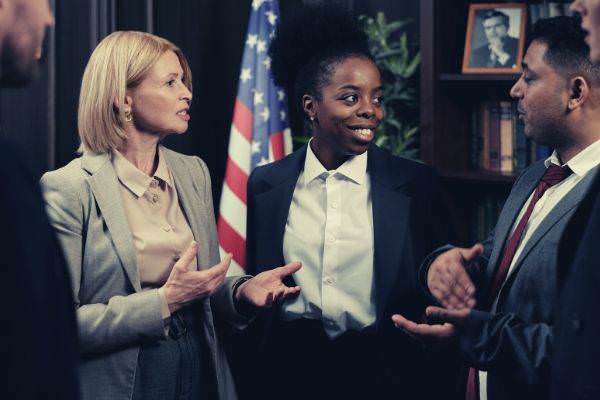 Photo by August de Richelieu under pexels license
15“I reckon”

Use this when you are making a guess or assumption about something and don’t have facts to back it up.

This is other ways to say “in my opinion” that is used in close circles- you wouldn’t find yourself using this with your boss or a co-worker, for example.

Use this when you have a strong conviction based on evidence, whether concrete or circumstantial.

This is especially good to use in a debate or persuasive scenario where you are trying to convince someone of something. 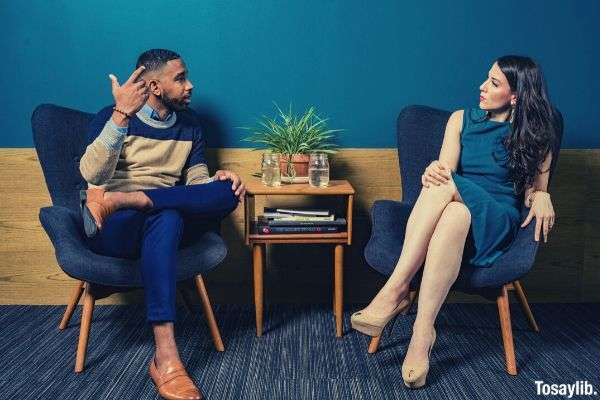 Photo by Jopwell under pexels license
17“I suppose”

You can use this when you are being reassured to share your thoughts and you don’t want anyone to feel you are taking sides or strongly supporting whatever it is that is being discussed.

This is good to use when a situation is posed, but it is an “if-else” situation, meaning it can go one way or the other and your feelings towards it depend on the occurrence or non-occurrence of a scenario or set of scenarios.

In other words, your opinion or thoughts on it can change and are not fixed.

Use this when you disagree with the popular opinion and wish to elaborate on why it is incorrect or flawed.

This is just another way of saying that to you, a situation appears as such, or that this is the way you perceive or view it. 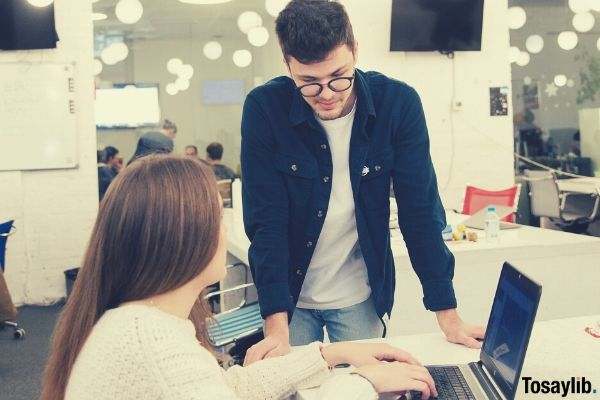 This is good to use when you aren’t too sure of the details, but at face value, this is what you’re thinking. However, this opinion can change once you have a clearer picture.

This is another way to say that you don’t have both sides of the story or a full enough perspective to have a strong opinion, but you’ll still throw in your two cents based on what has been presented to you.

It is good to use this when you don’t want to get too deep into an issue and wish to clear up your role in it, or sometimes, to say that you don’t really care because it doesn’t have much to do with you.

You can also use it to wash your hands of a situation or remove yourself from the hot seat.

This is another way to give your opinion when you aren’t fully aware of the situation, but it obviously is leaning in one direction more than another. 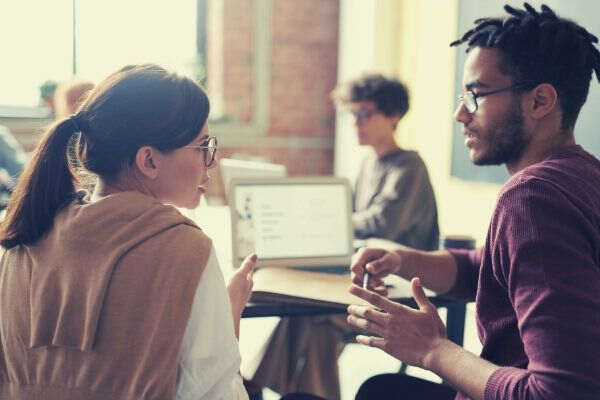 Photo by fauxels under pexels license
25“It seems to me…”

This is good to use when you don’t have all the facts and wish to have what you are about to say taken with a grain of salt to avoid any problems in the future.

While there’s nothing wrong with saying “I think” or “In my opinion”, saying it repetitively gets a little monotonous.

Flex your vocabulary in the workplace or casual conversations now and then with any of these other ways to say ”In my opinion” or “I think”.