For some of us, it is hard to stay in one place, and taking flights fulfils our desire to travel. Those around us such as friends and family will want to know “how was your flight?” , just as a way of checking up.

Sometimes, it’s not even about the flight, sometimes it’s just a way to make small talk, especially if they are meeting you for the first time. Okay, you can agree that that’s fair enough.

So, what do you say when it was a good flight, a bad flight, or even an uneventful one? How about in light of a pandemic and all the precautions that are being taken?


How to decide what to say when asked “how was your flight?” 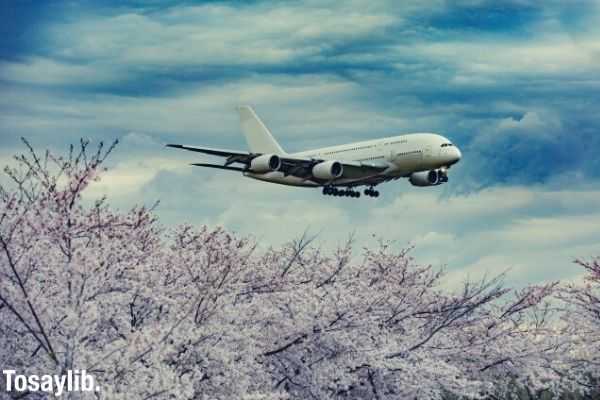 Photo by penta on photo-ac

Well, what you say is how you feel, but we know it can be a bit tedious to put into words, especially when you’re jetlagged. Therefore, we’ve combined a list of responses you can use for any scenario.

You’ll also learn why they work, and decide if the response accurately describes how you feel. Now, let’s take-off into these responses!

Responses when the flight was uneventful

Simply put, an uneventful flight is one where nothing much happens.

It’s one of those flights where you get to where you’re headed without any delays or inconveniences, and there aren’t any of those pesky passengers which make the journey uncomfortable or unpleasant.

So, when someone asks “how was your flight?” and it was pretty uneventful, here’s what you can say:

This is a pretty standard response for when you don’t have anything to report.

Saying thank you for asking is a good idea because it is polite and it shows that you appreciate him/her asking. 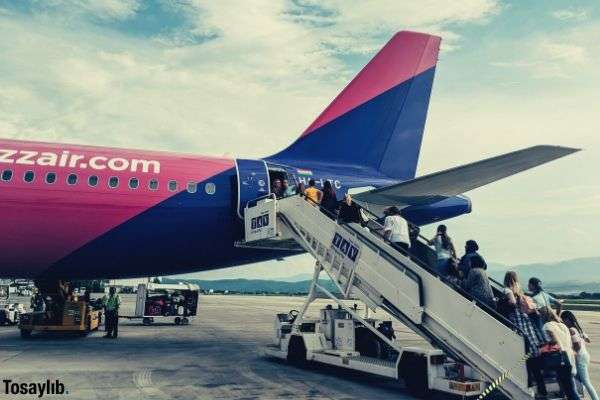 Photo by Markus Winkler on unsplash
02“Well, I got here in one piece, so I can’t complain.”

This is a good response when a frequent traveler asks.

He/she will know exactly what you mean.

This response is on the positive side and suggests there was little to no turbulence or disturbances.

It’s also a good response for when someone you don’t know asks like a fellow passenger.

04“It was pretty uneventful, but that’s a good thing right?”

This is a good response when you want to make light of a rather boring flight. 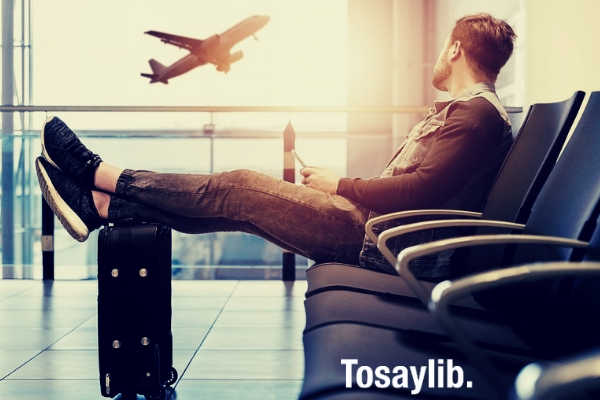 Image from JESHOOTS-com under Pixabay License

Responses when the flight was terrible

There are many things that can make a flight terrible, from a wailing toddler to a snoring businessman.

You may not have had enough legroom or perhaps you had to hold your pee because someone decided to order a spicy chili bowl before a flight.

Whatever the case may be, here are six responses to use when someone asks how your flight was:

05“Man, it nearly gave me a heart attack! The turbulence was insane and I’m already so terrified of flying!”

This is a standard response for people who are afraid of flying or of heights.

Turbulence can be unpleasant and sometimes even scary, especially for a first-time flyer.

This is a common complaint from travelers.

Babies are cute and cuddly but they can also give you a headache when they are fussy. The parents aren’t able to do much to silence them and they are too young to understand what’s happening. 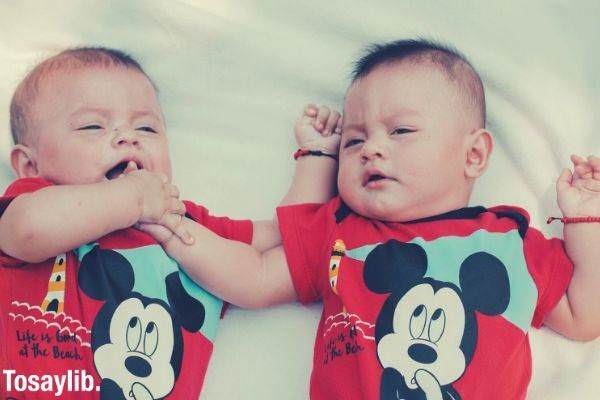 Photo by Edwin Ariel Valladares under pexels license
07“One of my worst experiences to date! If I showed up three hours late to my job I’d be fired on the spot. I guess it isn’t the same for pilots.”

This is a good response to use when the flight was delayed because of a pilot or important personnel being late.

This is very inconvenient, especially for business travelers who have a meeting to catch or deadlines to make.

08“By the time I got on board, I was tired and sweaty from basically running across the airport because of a last-minute gate change, so no, I didn’t have a good flight.”

This is a reason many people are so grumpy on board because sometimes the airport is forced to make last-minute changes.

In a busy airport, this is your worst nightmare.

15+ of the Best Ways to Respond to Positive & Negative Criticism

09“It was okay for the first part, but the passengers who got on at our layover were a group of noisy teens who sat in my row and annoyed me the whole trip.”

This is a good response because you’ve explained in enough detail about what made your flight unpleasant.

This is as good a reason as any because teens can be quite annoying sometimes. 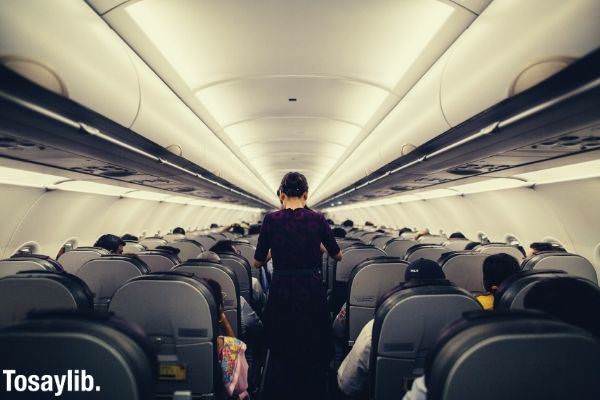 Photo by
Kelly Lacy under pexels license
10“Worst flight ever! I won’t be traveling with them ever again!”

This is a good response when you’ve washed your hands clean of this airline.

How many details you wish to give is up to you, but you can customize this response by expanding on what made the flight so horrible.

Responses when the flight was pleasant

Here are 5 different ways to say “how was your flight?”  when it was pleasant:

11“If I knew this airline had all these amenities I would have booked flights with them a long time ago!”

This is a good response when you book with a different airline to usual and you are pleased with the amenities provided to travelers. 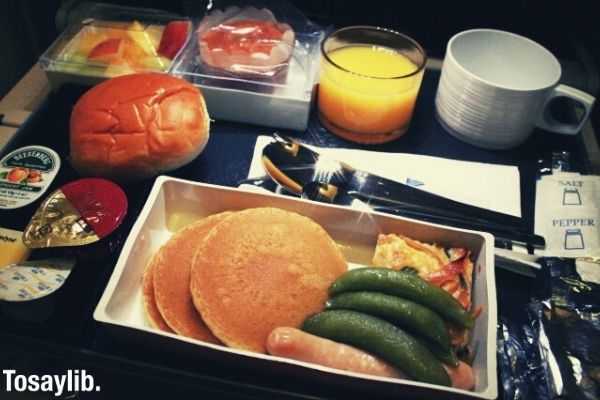 Photo by ricco on photo-ac
12“It was great actually. I ran into my old college pal and we had a great time catching up!”

Flights are better with friends and having someone to talk to can make the journey pleasant.

13“The crew was excellent and made sure my family was together and comfortable. I really appreciated that because the kids are so young.”

This is a good response when the flight crew goes out of their way to accommodate you.

It can be as simple as heating a bottle of baby milk or allowing you to switch seats to be beside an elderly parent.

25 Better Ways to Respond to Any Kinds of “Thank You”

14“Aside from the bumpy landing, it was a smooth flight with no delays!”

This is a good response for when you are in a good mood and nothing went wrong on the flight. 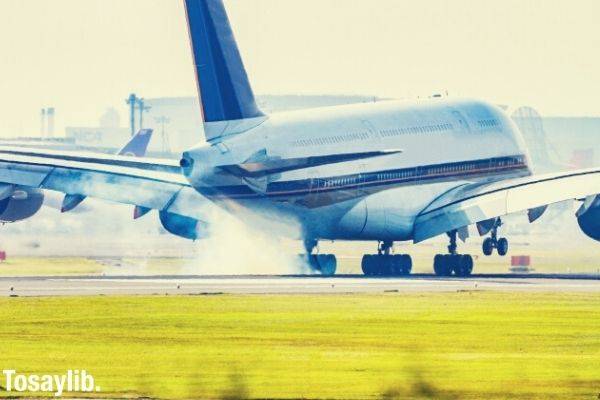 Photo by
penta on photo-ac
15“It was awesome! I got bumped up to first-class because of a mix-up with my ticket and got treated like royalty!”

It’s good to use this response when you’re one of the lucky ones to receive this.

Responses about the flight during the pandemic

A pandemic can change a lot about our world, especially the movement of people from place to place.

In an effort to keep its spread under control until most people are vaccinated, governments have to put in place certain measures such as testing, mask-wearing, sanitizing, and social distancing.

When someone asks you about “how was your flight?”  during the pandemic, you can say this:

16“It took a bit longer than usual to get in and out but I wasn’t mad.”

It is good to respond in this way because it shows that you are aware of what’s happening and the need for certain precautions.

17“I don’t usually mind wearing masks but for a 6-hour flight, it felt like hell!”

This is a common complaint as masks are known to be uncomfortable, and can make long flights very unpleasant. 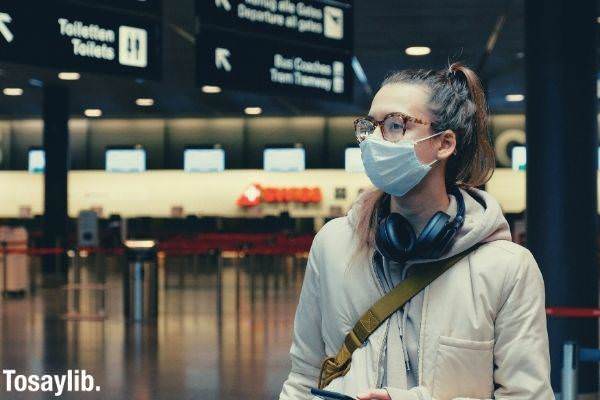 Photo by Anna Shvets under pexels license
18“It was much worse than I expected. Even though I had a report from my doctor, I had to be tested or else I wouldn’t be allowed on the flight.”

Some countries require all passengers to be tested and from the videos you’ve seen online, it does look unpleasant, so that will tell the person all he/she needs to know.

19“It was good actually. Social distancing on planes means I don’t have to be close to other passengers.”

This response is the perfect example of finding a silver lining.

The whole point is to get to your destination in one piece, but still, the flight can be uncomfortable.

These responses are perfect for when anybody asks “how was your flight?”,   and they can be tweaked to fit your circumstances perfectly.