You shouldn’t be surprised when a guy sends you a picture of himself these days since it’s pretty much the norm. The issue is, sometimes you don’t know what to say.

Figuring out what to say when he sends you an inappropriate picture is the hardest of all. Luckily, we’re here to help you navigate through these situations.

Here are 27 ideas of what to say when a guy sends you a picture of himself:

There you are, talking to the guy you like, and suddenly, he sends you a picture of himself. It can be a selfie, a picture of his outfit, or him doing something.

It’s an innocent picture with no sexual connotation, so your approach shouldn’t be suggestive in any way. Play it cool.

Here are some ideas of what to say when a guy sends you a normal picture of himself that is normal, and you’re into him: 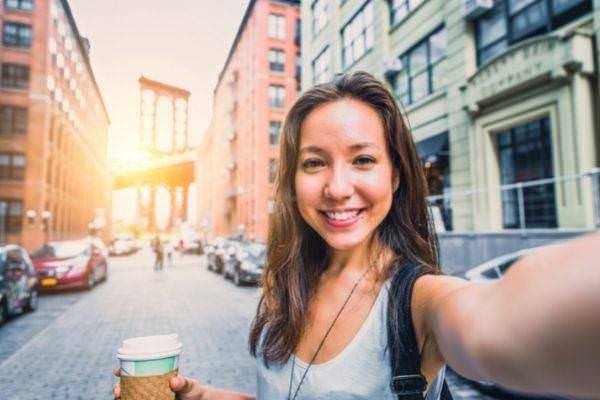 Photo by oneinchpunch on shutterstock
02“I wish I could look that good?”

This is a good response because you are complimenting him and leaving room for him to compliment you in response. If he thinks you’re good-looking he’ll certainly tell you so.

03“My favorite thing about this picture is your smile.”

You can substitute the word ‘smile’ for whichever feature of his that stands out the most to you. It’s a good response to a selfie because you are hinting at finding him attractive.

04“[insert color] is my favorite color.”

This is a flirty response you can use to say that you love the way how something looks on the guy. In most cases, this will refer to his outfit. 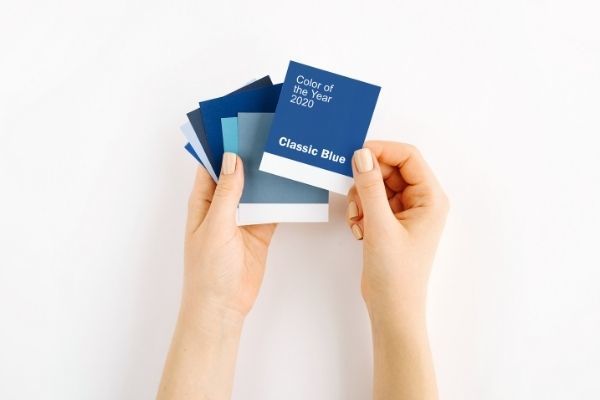 Photo by Igisheva Maria on shutterstock
05“Looks like someone’s been in the gym a lot.”

Use this response when you want to mention that you appreciate the way his body looks. Guys love it, especially since we’re the ones they work out so hard for.

06“I could never get tired of seeing you.”

If you guys are flirting back and forth, you can be flirty with your response. This lets him know that you are attracted to him, or that you like what you see.

You’ll also get pictures of the same nature from other guys. These can be your friends or relatives, or guys who like you that you’re not interested in.

Here are 6 examples of what to say when a guy sends you a picture of himself but you’re not interested:

07“Looking good. Where are you headed?”

This is a very friendly response to the picture and is perfect for casual conversation with friends or relatives. It’s also ideal when you don’t want to give the guy the wrong idea, but you want to remain friendly. 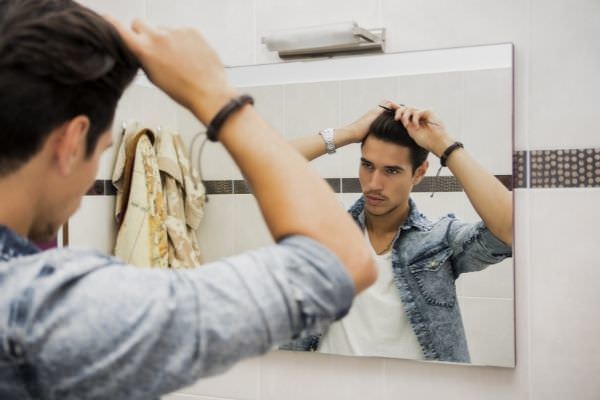 Photo by ArtOfPhotos on shutterstock
08“You have a great sense of style.”

There’s nothing wrong with complimenting a person’s outfit. This comment is not suggestive in any way, and acknowledges the picture in awkward situations, allowing the conversation to move on.

Use this when the guy continues to send you pictures but you don’t really care about them. It’s kind of cold, but it will give him the hint to stop sending them.

10“I’m so lucky to have such a handsome friend/relative.”

Use this when your friend or relative sends you a handsome selfie. This can help to boost self-confidence. 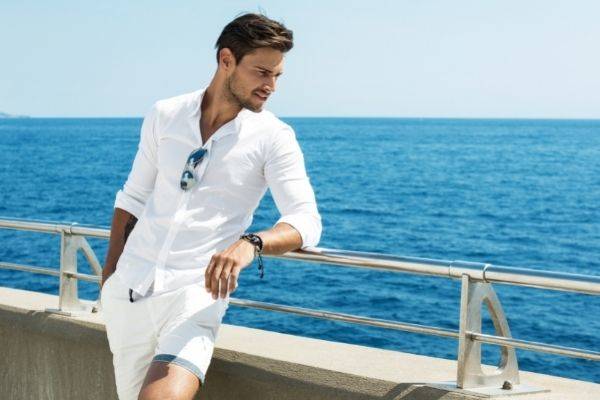 Photo by kiuikson on shutterstock
11“That look suits you. I’m sure any girl would be lucky to have you?”

If he has been hinting at liking you, this is your chance to eliminate yourself from his dating pool. This says thanks, but no thanks.

This is what to say when a guy sends you a picture of himself but you don’t want him to get the wrong idea from your response. Use this when the guy has not been getting the hint or is still holding out on the hope that you guys have a chance. This is to the point.

What about when you get an explicit picture from a guy you like? Yes, we’re talking about nudes.

Do you know what to say when a guy sends you a picture of nature of himself? We do, and we’ll share 7 of our favorite responses with you:

13“Wait until you see what I’m wearing.”

When a guy sends you this type of picture, clearly he wants you. You can make it clear that you want him too with this response and maybe the conversation can turn into sexting, or even the real thing.

Photo by shevtsovy on shutterstock
14“I wish I was there with you to help you with that.”

This is a good flirtatious response to use when you’re willing to entertain sexual conversations with the guy you like. It lets him know that you’re DTF .

You can use this when your guy is shredded or really lean. It is a good response because guys love these types of compliments about their bodies, and he’ll be glad to know you like his shirtless picture.

This is what to say when a guy sends you a picture of himself shirtless. It lets him know that the picture turns you on or you find him attractive. 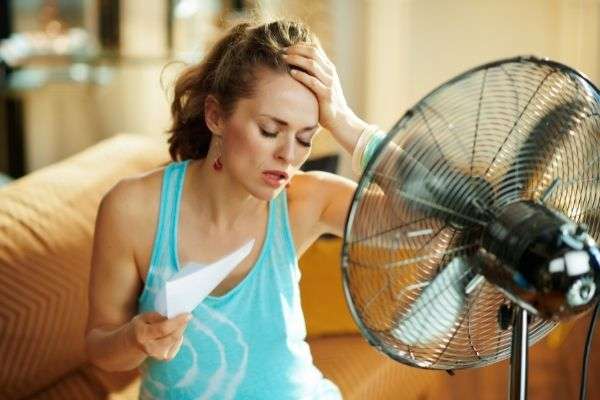 Photo by Alliance Images on shutterstock
17“If you were here I think we’d be doing a lot more than talking.”

This will give the guy the impression that the nudes and dirty messages have worked and that you are on the same page. It will likely lead to further sexual discussions.

18“I like you and all but I want to take things slow.”

Sometimes the guys we like may be rushing into sexual things that we aren’t quite ready for yet. This is a good message to use when you want him to slow down.

19“I can’t say I’m disappointed, but you sorta ruined the surprise.”

He’ll likely ask you what this means. Use the opportunity to explain that you want to wait before exchanging pictures. 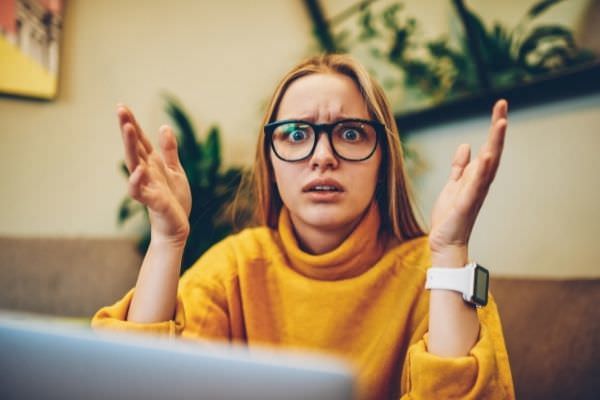 Photo by GaudiLab on shutterstock

Unfortunately, some guys don’t know how to take hints, and we end up with unsolicited explicit pictures from them, i.e being cyberflashed. This is obviously an unpleasant experience that you never want to happen again and is illegal in many parts of the world.

It is good to use this because it lets him know that this is not the type of picture you are expecting from him. It also gives him an out (i.e a chance to lie and say it was a mistake) to make the situation less awkward than it already is. 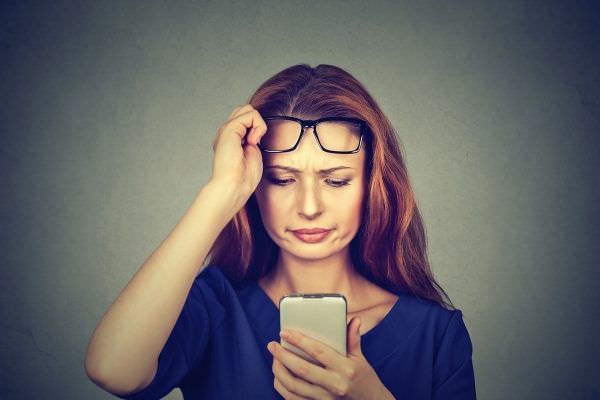 Photo by pathdoc on shutterstock
21“No thanks.”

Use this when you want to be firm with the guy who sent you the explicit picture. It says that you will not entertain this or any other sexual advances in the future.

22“Well, that escalated quickly, and now I’ll exit stage left. It was nice talking to you.”

This lets the guy know that you are completely turned off from the conversation and that he made a bad move. It will remind him that he’s in the friend zone and that he might have blown his chance at a friendship with you.

23“And that’s the end of this conversation. Goodbye.”

Some guys will never take the hint so you’ll have to be stern in your approach. Let him know you are serious with these words and be sure to not follow up the conversation in any way. 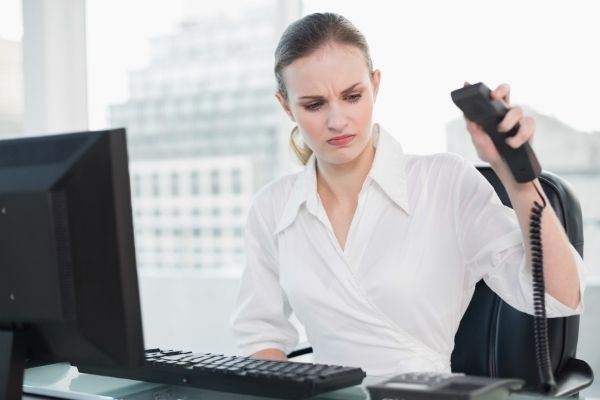 Photo by lightwavemedia on shutterstock

Should you respond with more sass? Photo by ArtOfPhotos on shutterstock

We recommend you not try to be too clever or witty when someone you are not interested in sends an explicit picture because it just might backfire. You don’t know what they will do next so the following are examples on how this could possibly get worse:

01“You know that child pornography is illegal right?”

This statement may sound harsh and a sure-fire way to shoot him down and to injure his ego since you’re comparing his body or junk to a child’s (in other words, it’s small).

This response clearly showed him that his photo was not good enough to impress you and now his fragile male ego might have been bruised.

What to say when he asks for your picture in return 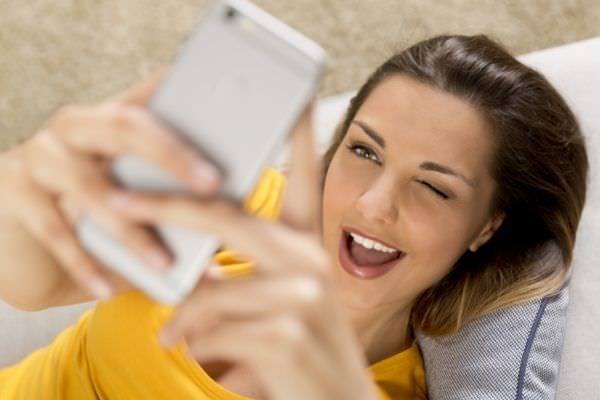 Photo by IKO-studio on shutterstock

Guys send pictures of themselves for different reasons. Sometimes, it’s innocent and he’s just being friendly or wants to have a conversation.

Perhaps he wants to show you his cool new outfit, or just wants to share a hobby with someone else.

If he’s interested in more than a friendship, he’ll likely send selfies and other pictures to see if you find him attractive and will compliment him. When it escalates to explicit pictures, such as that of genitals, or shirtless pictures, his intentions are clearly sexual.

So, what happens when he asks for a picture back from you? Well, here are some things you should keep in mind;

Avoid sharing personal information with strangers online. While it might be innocent to you, there are a lot of crazy people out there who mean others harm. This is just a way to keep you and the people around you safe from predators.

Do not send an explicit picture to a guy who pressures you. This should be your decision and if something feels odd, don’t send it.

If you want to send an explicit picture back, make sure this is a guy you know and can trust. There are a lot of instances of people maliciously posting pictures of others online and this can ruin your reputation, and result in serious consequences. The decision is up to you, but it’s always better to be safe than sorry. If you don’t want to do it, or if you cannot accept these potential consequences, do not do it.

What to say when he asked for a picture from you

With the aforementioned considered, have you decided if you are going to send a picture back or not? Remember, this is all up to you and what you are comfortable with.

In slang, OOTD stands for outfit of the day. This is what you can send back when you innocently send him a picture of how you styled yourself for the day. 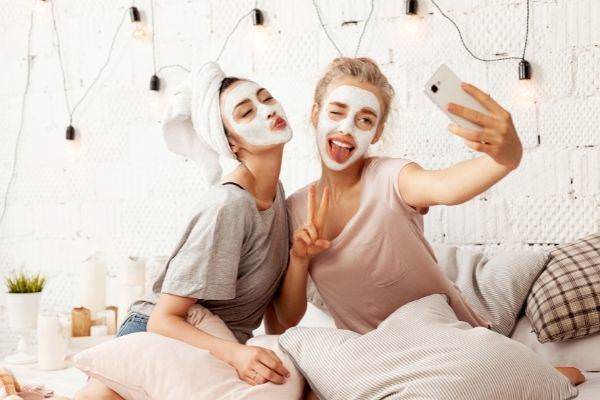 Photo by popcorner on shutterstock
02“I woke up like this?”

This is a good message to send along with a selfie. It’s simple and can be used when you like him, or when you’re just trying to be friendly.

You can use this message along with your nudes if you’re comfortable exchanging them with the guy.

04“Good things come to those who wait.”

If you are willing to send a picture, but not right now, this is a way to let him know without killing the vibe. 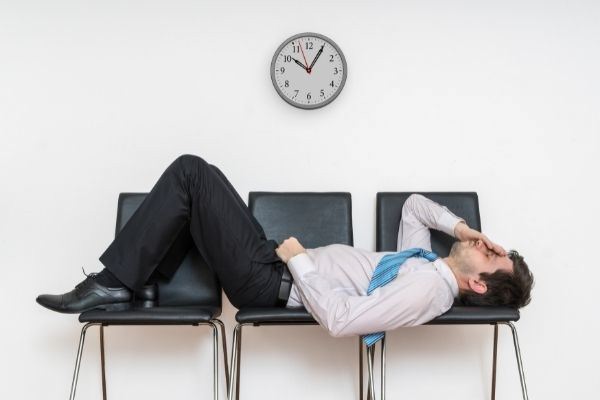 Photo by vchal on shutterstock
05“I think you’d like it better in person.”

Use this when you don’t want to send him back a picture but you are open to the idea of linking up in real life.

06“Sorry to be a buzzkill but I don’t do pics. I hope this doesn’t change things.”

This is a good response to use because you are standing up for what you believe in. You’re also letting him know that you are not offended by the request and still wish to continue talking.

So, you’ve got your picture, and you’re got your responses, the ball is in your court. How are you going to respond when he sends you a picture of himself?