So, someone has called you mean and you have no clue what to say. The first thing you consider with what to say when someone calls you mean is what actually happened.

Were you actually being mean or was this a misunderstanding? And do you feel bad about it or are you sticking to the script?

Once you’ve established this, you have a basic idea of what to say. Now, it’s time to put these thoughts into words.

Here are some ideas of what to say when someone calls you mean that you can use with anyone:

What to say when someone calls you mean: 6 comebacks when it’s not true and you want to explain that you have a point

Sometimes a person will call you mean because they don’t want to own up to the truth. Your job is to keep the conversation on course by reminding the person you have a point.

This way, you won’t get sidetracked or feel guilty about what you said. Here are some examples of what to say when someone calls you mean that you can use to set things straight:

01“I’m not being mean, I’m being real. It’s not my fault you’re surrounded by yes men so you never hear the truth.”

This is good to use when the person calls you mean for being honest. It can help the person in the long run, especially when it’s something embarrassing or wrong. 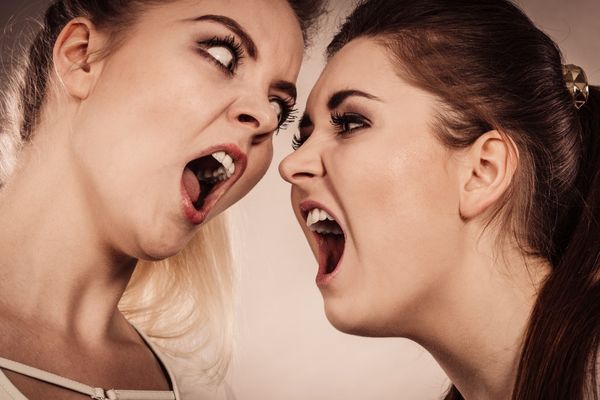 Photo by Voyagerix on shutterstock
02“A little honesty never hurt anybody. I’m sure you’ll realize what I said will help you in the long run.”

This is good to use when you are trying to teach the person a lesson. It says he/she will be fine and shouldn’t make such a big deal about it.

03“You call it mean, I call it straightforward. I can’t keep sugarcoating everything with you because you never get it.”

Use this when you’ve tried the nice way, but you’re not getting through to this person. It says they’re like a brick wall and you have to be tough to get through to them. 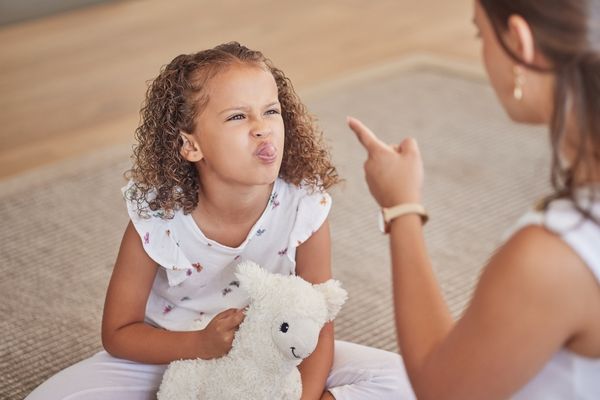 Photo by PeopleImages.com – Yuri A on shutterstock
04“I was only trying to get you to see my point. I wasn’t being mean, I was being frank. I can’t baby you forever.”

It is good to use this when you think the person needs to grow up and accept responsibility for things said and done. It says you won’t beat around the bush anymore.

05“This was the only way to get you to see the truth. You never take what I say seriously.”

Use this when the person thought you were joking before or took you literally. This clears up any confusion. 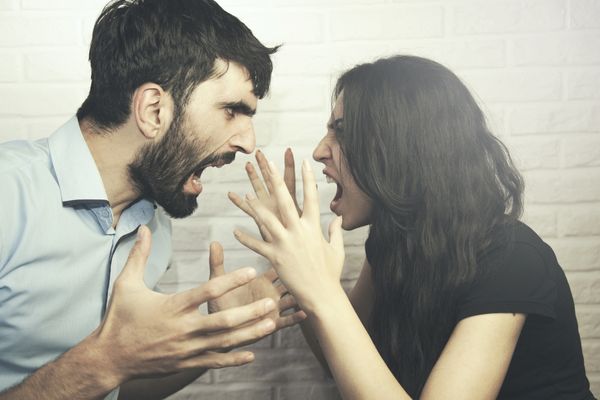 Photo by Tiko Aramyan on shutterstock
06“Are you going to acknowledge what I said?”

Use this when the person is trying to distract from the topic at hand and place blame on you. It redirects the discussion to the original point.

What to say when someone calls you mean: 8 comebacks when they are the ones who hurt your feelings first

Every action has a reaction, and when someone is being mean to you, it’s often negative. It’s not an uncommon response to be mean back, but as best as possible, stop before it goes too far.

This is what to say when someone calls you mean but you were only that way because the person was mean to you:

07“Oh, I’m mean? But you weren’t being mean when you said [insert hurtful thing]? I only said that because you hurt my feelings.”

It is good to use this when your response comes from a place of hurt. It means you were trying to get revenge. 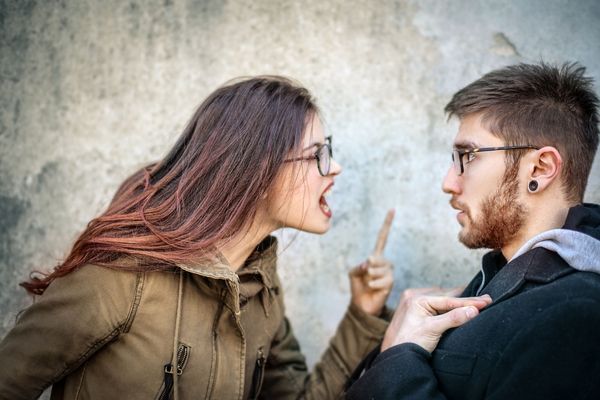 Photo by Ollyy on shutterstock
08“You can’t tell me how I should respond to disrespect. You made the situation tense by saying [insert hurtful thing] and I had to defend myself.”

Use this when you were mean because you were offended. It says you shouldn’t be blamed because you didn’t initiate it.

09“Don’t play the victim when you know you’re the one who started this. For once in your life, take responsibility for your actions.”

This says you’re not going to pretend everything is okay until the person apologizes. 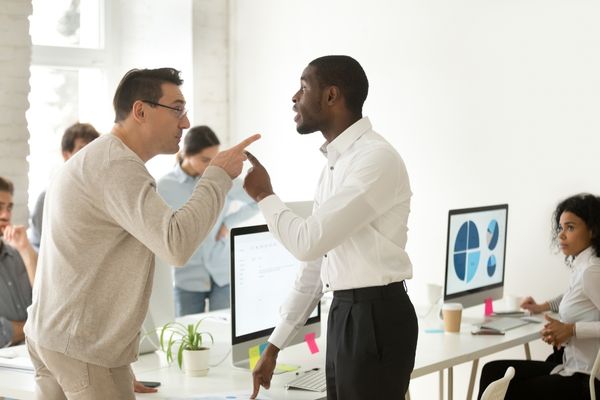 Photo by fizkes on shutterstock
10“I’m not a punching bag, so you can’t expect me to take constant jabs and not respond. Life doesn’t work like that.”

Use this when the person has been poking at you and making you feel bad or disrespected. It says “What did you expect?” 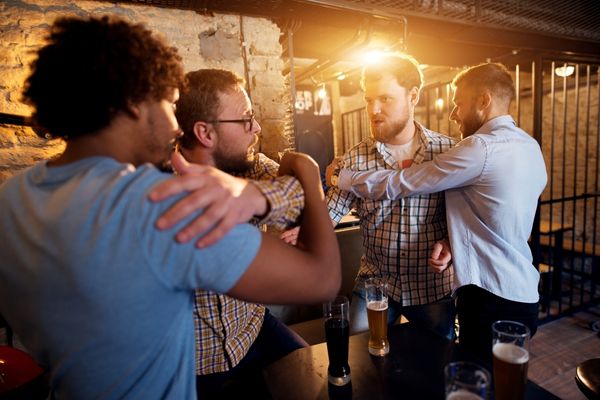 Photo by Dusan Petkovic on shutterstock
11“Truthfully, I was only trying to get back at you. You really hurt my feelings, and at the time, it seemed like all I could do was lash out.”

Use this when you overreacted and took things to another level when the person did not intend to be mean. It says you feel bad about the way you reacted.

12“This isn’t the first time you’ve offended me this week. Everyone has a limit, and right now, I’m at mine.”

Use this when you’ve reached boiling point and you want to stop things from escalating. It says your intention isn’t to be mean and you want things to be better. Photo by CREATISTA on shutterstock
13“I’ll admit that what I said was out of line, but I only went off on you because of what you said to me.”

This owns up to your actions, but doesn’t place all the blame on yourself. It says you were both wrong.

14“You were the one who threw the first stone. Don’t get mad at me for defending myself.”

It’s good to use this with people who gaslight you into thinking you’re mean. It says you did what anyone would do under the circumstances.

24 of the Best Responses for When Someone Asks “Did you miss me?”

We can hurt the people we love, unfortunately, without even realizing it. When you realize this is what has happened, you must apologize.

This is what to say when someone calls you mean and you feel sorry about it;

15“I’m so sorry. I never intend to hurt the people I care about. I got really carried away in that joke and didn’t realize it was affecting you in that way.”

This is good to say when you unintentionally offended the person. It says you’re sorry and would not consciously be mean. 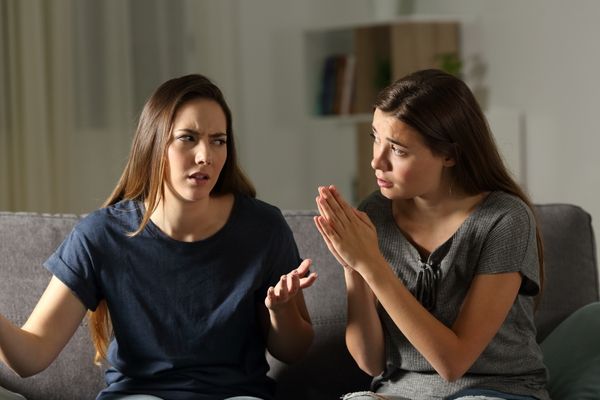 Photo by Antonio Guillem on shutterstock
16“I hope you can accept my apology for the way I behaved earlier. You didn’t deserve that.”

This is good to use when you lashed out and realized it was wrong. It takes accountability.

17“Is there any way I can make this up to you? I feel terrible.”

It is good to use this when the person is visibly hurt or upset. It shows you care about the person’s feelings.

25 Sassy Comebacks for Someone Being Indecent and a Smartass

18“Let’s both admit we were wrong here. We shouldn’t be treating each other like this!”

It is good to use this when you both have a part to play in hurting each other. This is a truce. 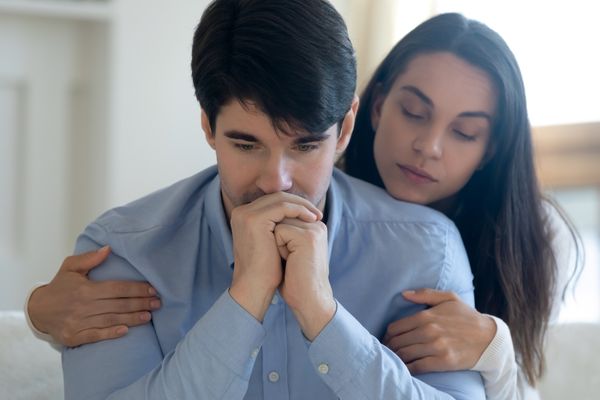 Photo by fizkes on shutterstock
19“You mean more to me than you can even imagine. I wish I could take back what I did/said.”

This shows remorse for your actions, especially when the person is a close friend or lover. It says you never intended to cause harm. 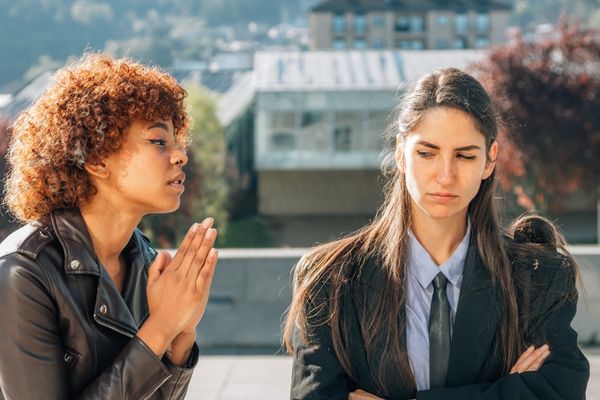 Photo by carballo on shutterstock
20“Will you forgive me for being a doofus? I should’ve known that wasn’t a kind thing to do. You deserve the world.”

This says you made a stupid mistake and you’re sorry it happened. It says the person doesn’t deserve to be treated that way.

When a person calls you mean, the first thing you should do is analyze the situation to see why the person made that comment. Then, you can figure out what to say when someone calls you mean.

These examples can be used in many different scenarios and can be customized for various purposes. Be sure to select one that makes the most sense for the situation, and try your best to not be disrespectful with your response.

If you are disrespectful, maybe the person is right and you’re being mean after all.