We’ve all been there before… For whatever reason, you simply need to leave work and you don’t want to tell your boss the true reason for clocking out early.

Maybe you have an important event to attend or maybe you’re simply fed up and feeling overburdened with too many deadlines lately. Either way, you’re in need of some great excuses to leave work early.

An unbearable migraine is one of the most convincing excuses to leave work early you can use. Who would deny someone who is complaining of a pounding headache?

For added impact, mention that you’re having trouble with the lights and noise making your unbearable migraine even worse. 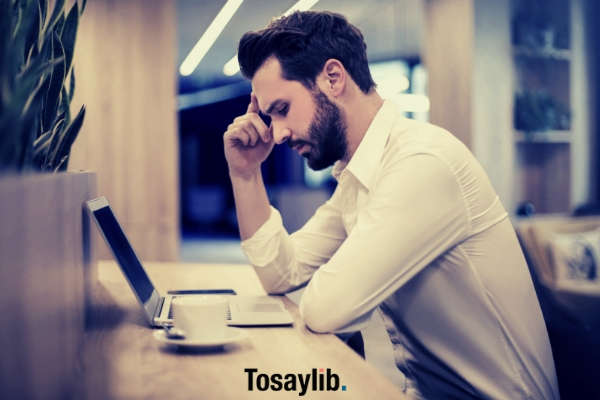 Photo by Bruce Mars – Under Pexels License
02A Doctor’s Appointment

This is a pretty fool-proof excuse, especially if you’re making the excuse well in advance to the date you need to leave early.

Just make sure you don’t use this excuse too often or you’ll risk having to bring a doctor’s note, which naturally, isn’t possible because you’re not really going to the doctors. 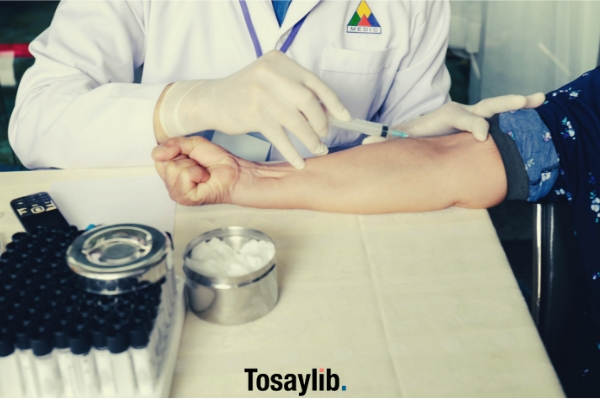 Photo by Chang Duong under unspolash license
03An Upset Stomach

If you couple an upset stomach with the mention of ‘bathroom troubles,’ you’ll have no problem leaving work early.

Typically, employers will immediately let you go if you mention bathroom issues  so go ahead and let your boss know you’ll need to head home for the day. 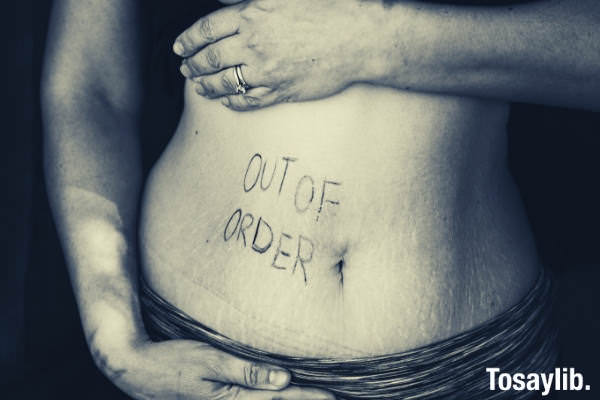 Naturally, this is one of the best excuses to leave work early (if you’re a woman!) but don’t use it too often. Keep this excuse for occasional use.

Most employers don’t want to hear about personal health issues related to menstruation, so this is sure to get you out of the office. 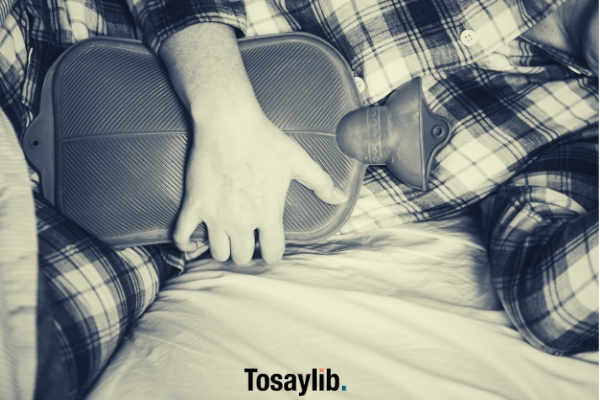 If you know in advance when you’re going to want to leave early, start building your case ahead of time. Show that you’ve been having some severe pain and let your boss know you’ll be making an appointment with the dentist as soon as possible.

If you don’t know in advance, just let your boss know you’re really struggling with your tooth. 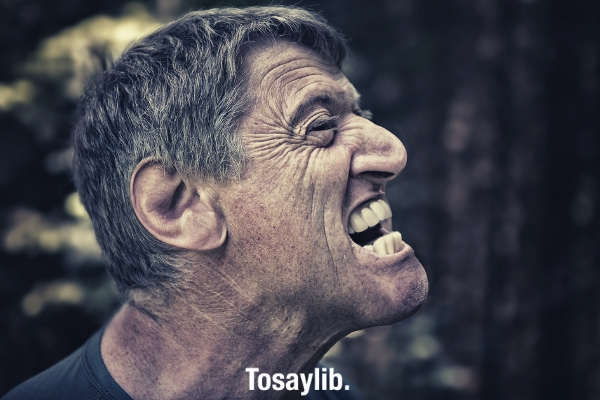 This is an easy one… Most bosses will be happy to let you leave early if you’re not certain what illness you’re suffering from.

Just make it appear like something highly infectious, such as the flu, so they let you leave out of consideration for the rest of the office. 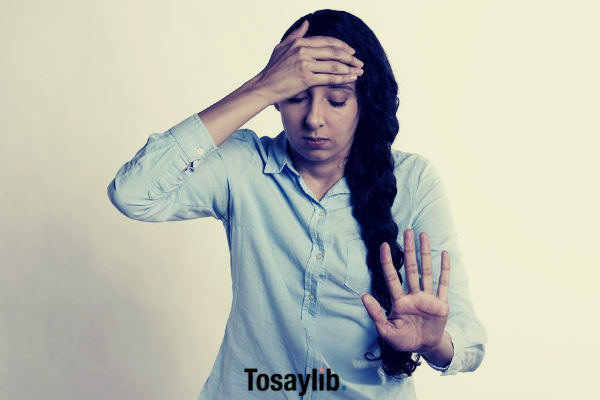 Photo by RobbinHiggins under pixabay license 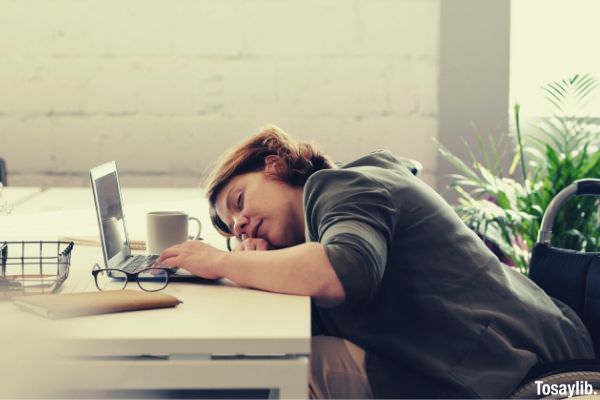 How to Call in Sick – 15 Great Text and Email Templates

A flooded bathroom or broken boiler makes a great excuse to leave work and get home to fix whatever’s broken.

Your boss will understand that if you don’t leave immediately, the situation will escalate—leading to more damage than necessary. They should let you leave without much hassle. 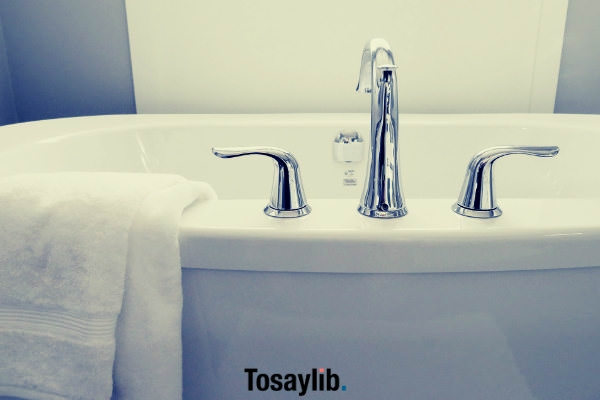 This works especially well if you’ve gone for lunch in the last hour or so. This also works well if you showed up to work a little late.

Say that something is wrong with your car and you’ll need to visit a car mechanic to get some parts replaced before they close at the end of the day. 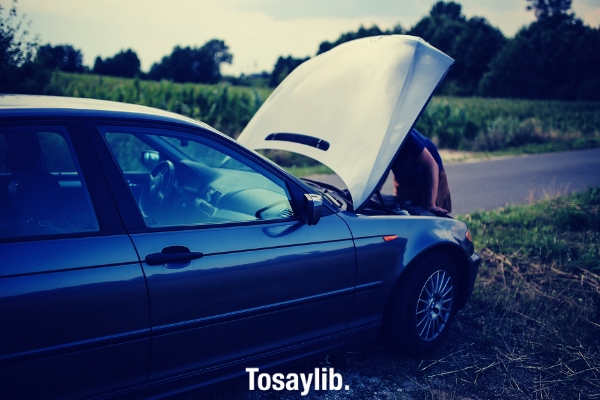 Photo by kaboompics – under Pixabay License

25 Best Excuses for Being Late That Sound Reasonable to Bosses

Anyone with kids knows that when they’re sick, it creates an emergency because someone needs to pick them up from daycare or school immediately.

It’s simple to get away with leaving work early if you say your child is sick. Just make sure you don’t use this excuse too often. 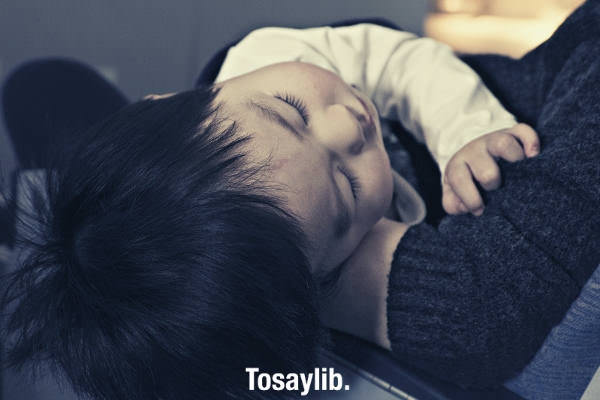 If you have children, a babysitter/daycare emergency is one of the greatest excuses to leave work early.

Let your boss know you’ve just received a call from your childcare provider letting you know they’re having an emergency and you need to pick your child up as soon as possible. 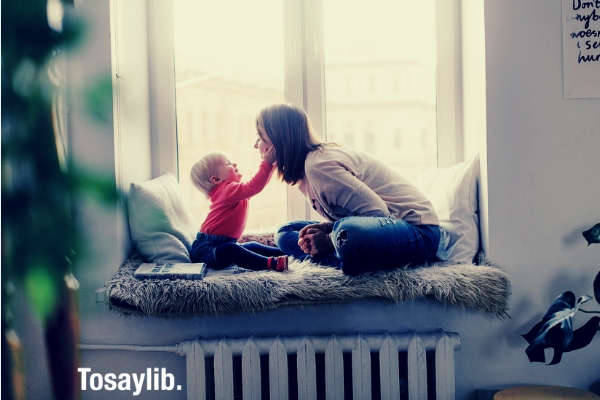 This excuse is great if you’ve already used a few of the other excuses, but still want to go home.

Just let your boss know you’ve received a call and there might be a home invasion happening. You’ll want to make sure you have a detailed story ready for when you return to work. 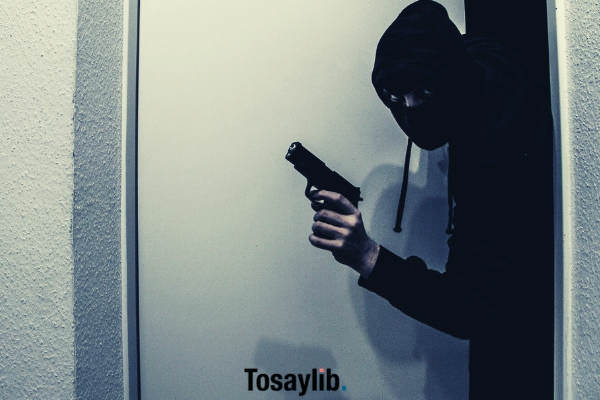 If you’re able to feign urgency, this is a great excuse to leave work early. Look at your phone or set your alarm to go off and leave the room.

Now, come back and say you’ve received an alarming text/call and need to leave quickly to handle the situation. Be sure to have an explanation the next time you see your boss. 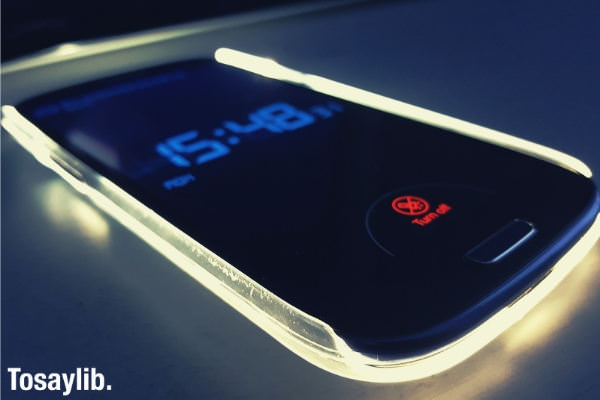 Photo by ThymonA- under pixabay license

Anyone who has ever had an appliance delivered knows they tell you to be home during a large time-slot. Fridges, furniture, and various appliances can’t simply be left outside your home.

They need someone to meet them at the door and let the appliance into the house. It’s a believable excuse that should get you home pretty easily. 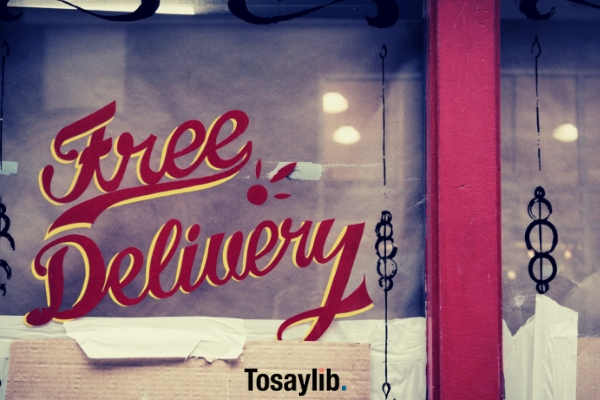 This works as well as the appliance delivery excuse because you’re often expected to wait at home during a large window of time.

Mention that you’re getting cable or Internet installed a couple days in advance, so your boss knows you’ll have to be home early sometime in the future. 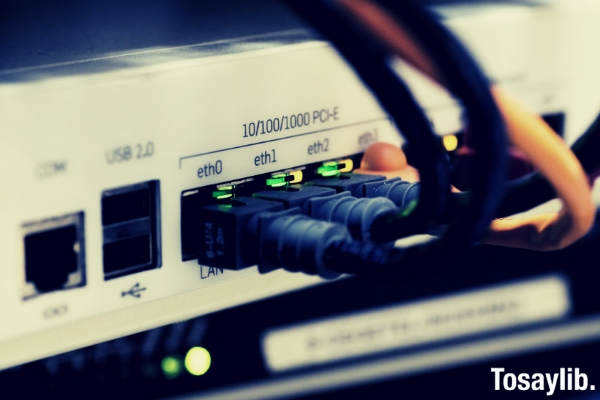 Image from pixabay – under CC0 license

If you’re in an industry that involves a lot of networking, this is a great excuse, especially if your boss isn’t keen on micromanagement.

Let them know you have an important business networking event coming up. For extra bonus points, talk about how the event will help you perform your job better in the future. 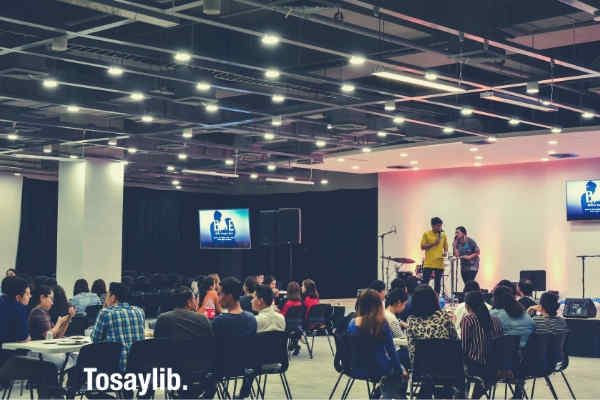 Banks are often open during business hours, so it’s one of the most common excuses to leave work early.

Let your boss know you’ll have to go in person and complete a few bank errands. From financing the home or car to withdrawing a large amount of cash — bank errands are always a great excuse, and don’t require a lot of detail. Photo by Ryan Born under unsplash license
17A Wedding

For obvious reasons, this is one of many excuses to leave work early that can’t be used very often. However, attending a family member’s wedding ceremony is a great excuse to leave early.

This is especially true if you mention there’s a significant amount of travel involved to get to the venue. 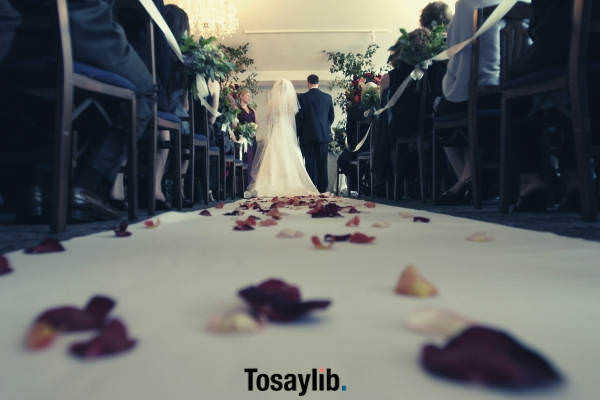 If you’re mentioning out-of-town visitors as a way to get out of work early, make sure you mention that your family member or friend arrived early from their flight or something happened to make them change their plans.

This way, it doesn’t appear planned ahead of time and seems like an unexpected occurrence. 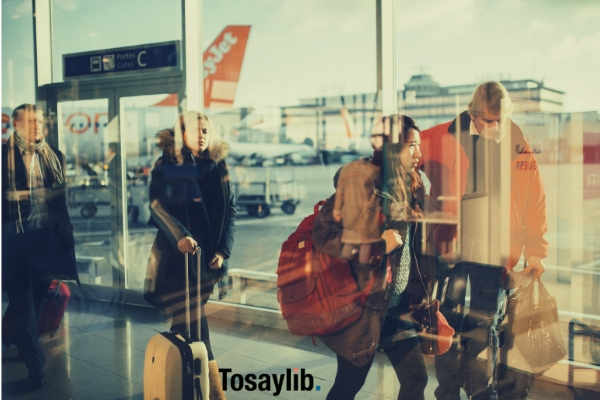 This works especially well if you’re trying to leave work early in the last couple hours of the day. Tell your boss you’ve received a text/call from your kids (if they’re older) or your partner and they’re locked out of the house.

Oops! You’ve taken the only key with you to work. 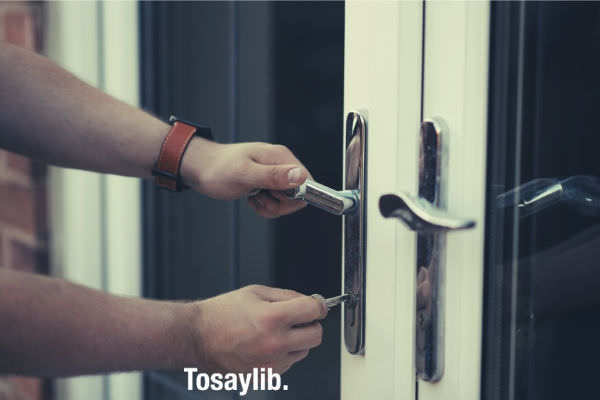 This is one of the simplest excuses to get out of work early. Simply say ‘I have a personal issue that’s taking me away from the office today. I really need to handle it. Thanks for listening’ and be on your way! This works well because most people won’t pry too much. 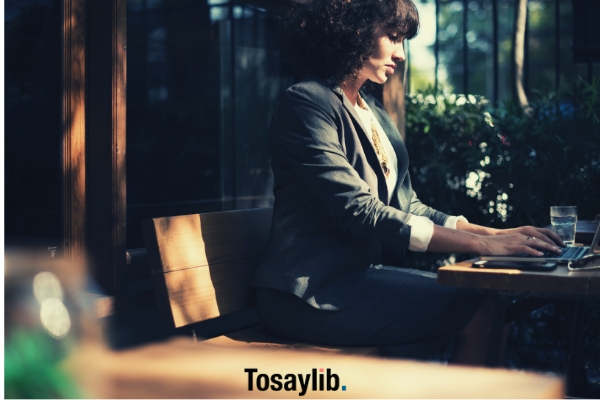 Image from rawpixel under unsplash license

There are all sorts of reasons you might be looking for the best excuses to leave work early. We can’t all be on top of our game every single day of the week.

Sometimes, you simply need some time for yourself. The excuses listed above should work well when you need a little time away from the office.