Both casual conversations and debates require hearing a lot of arguments and statements you fundamentally do not agree with. To become better at reacting to these statements, you need to learn how to properly voice your disagreement.

Knowing how to say I disagree in a polite manner gives you the room to take the lead position in the conversation and gain the respect of others. Here are 20 creative ways to say, ‘I disagree’.

The most important things you need to know when voicing disagreement 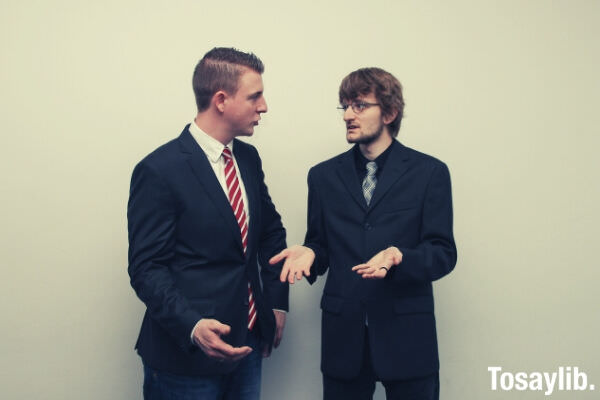 Stating that you don’t agree might earn you more respect from your peers, but it’s all in the way you express it. In the heat of the moment, it’s easy to cross the line and say something you shouldn’t have.

Abide by these tips to help you express your opinion soundly. It will be easier to apply any of the templates we’ve provided below.

01Be ready for a longer debate. Don’t rush into an argument without knowing why you disagree with something.

Your interlocutor might want to know more.
02Don’t use any ad hominem remarks. No matter how angry or disappointed you are, you should never cross the line with personal insults.

Construct rock solid arguments and express your opinion maturely, based on fact.
03Wait until the person is done talking. Sometimes, during a meeting or an argument, we get caught up and hear one key phrase that we react to impulsively, without hearing the person out.

Always wait for the speaker to finish. It shows respect and patience, both important qualities in any facet of life.
04Don’t feel pressure to respond as soon as possible. Wait it out a bit.

See how the conversation goes and whether you’ll be able to reinforce your arguments later. You don’t need to hurry.

01“Although I do like your solution, the idea might be even more effective with a few additions…”

Depending on your boss, you need to be a little less harsh. Suggest their original idea is very clever but propose alternatives in the form of “additions”.

Image from rawpixel.com under Pexels License
02“While I see your point, that isn’t quite what I am going for…”

Emphasize that you understood what they’re saying and explain your disagreement.
03“Mr. Jackson, I would like to propose a solution that fuses your initial idea with all the other data we have.”

Let them know you’re using their idea as a basis for yours, that was you say I disagree but come off as flattering.

12 Templates: How to Write a Recommendation on LinkedIn for your colleagues

04“May I add something? By looking at your observations, I can’t help but think the idea would be more effective if…”

Mask your disagreements by making them seem as suggestions for improvements on an already great idea/observation.
05“Mrs. Peterson, I fully understand where you’re going, but I have a feeling that there might be another option on the table.”

Being honest can work too, but only if you reinforce your suggestion with arguments and parallels between the original idea and the one thought up by your boss. 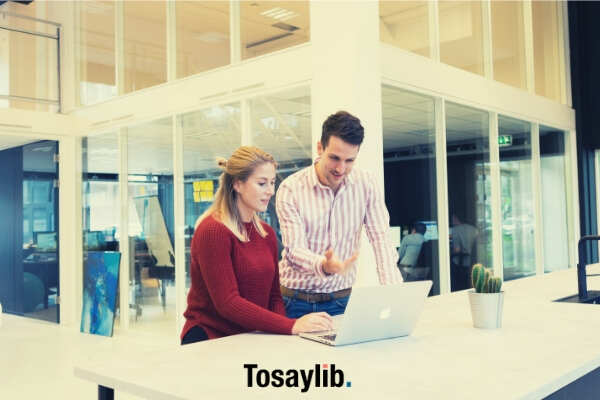 Photo by Elevate Digital under Pexels License
06“That’s an amazing plan, but I have a feeling that there are certain points where it may not be viable.”

Bosses may not like you saying publicly, I disagree. Make sure you immediately give ideas for improvement.
07“Excuse me, can I add a few things to your idea? It’s just that your plan inspired me, and I think these additions could work.”

Asking them for permission is extremely smart and flattering. Use their ideas as food for thought and come up with something better.
08“What if we took [idea element] from your idea and combine it with [other solution] to get optimal results? I really think it could work.”

Combining solutions will leave such a lasting impression that your boss won’t realize you’re saying I disagree. 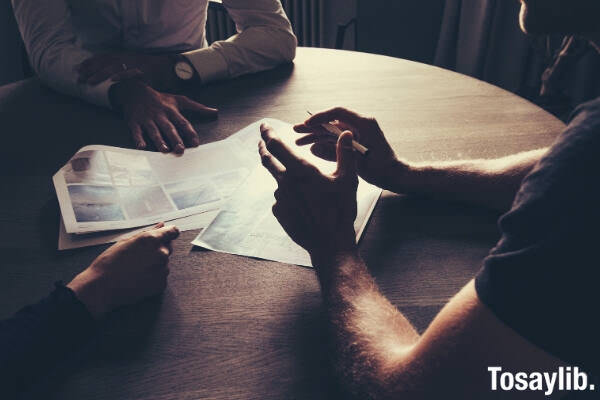 8 ways to disagree with your co-workers (during a meeting)

09“I think your intentions are good, but it seems like you’re going in a different direction. How about…”

Propose a better solution and explain how you think they could improve a certain idea.

Photo by Kaleidico under Unsplash License
10“I can see where you got the inspiration from. However, I don’t think I fully agree with your suggestion.”

Let them know you’re listening and that you’re interested. That lays the groundwork for saying I disagree.
11“It’s an excellent idea and I can see it succeeding, but you might want to reconsider [alternative solution] or [another alternative solution].”

We can surely combine it to [accomplish task].

12“Would you be willing to work on that further and let me know about it tomorrow? I’m interested.”

Encouragement goes a long way. Highlight what they did well and let them present the idea in a better way. 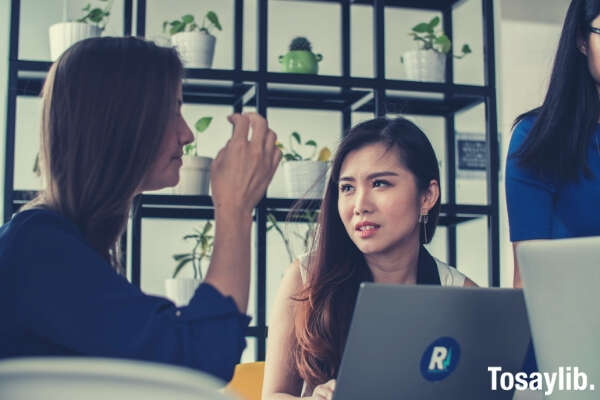 Photo by Mimi Thian under Unsplash License
13“Although I get where you’re coming from, I don’t think it’s the right choice for our situation.”

Just because a solution is not fit for your current goals, doesn’t mean it’s a bad choice altogether.
14“I love how you thought of [suggestion/solution/method], but I don’t think it’s the way to go because…”

A few positive words will cause your colleagues to feel comfortable with you, even when you’re publicly disagreeing with them.
15“I love that idea! Can you reconsider [other elements] to make it more suitable for our current needs?”

No solution is created perfectly. Encourage the person you’re disagreeing with to refine it and present it more clearly. 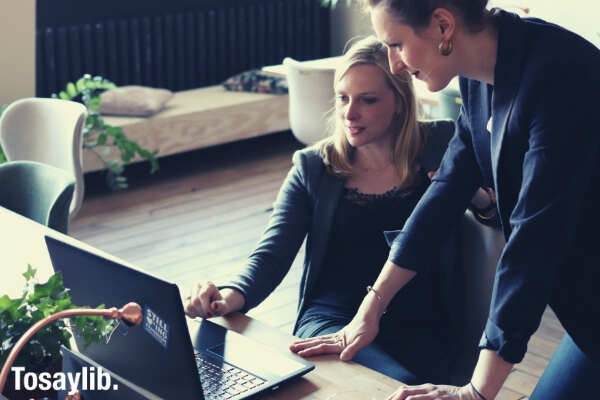 Photo by CoWomen under Unsplash License
16“You always have such interesting proposals; however, I don’t think I would personally go down that route.”

Even if they made a mistake this time, don’t just say I disagree. The correct way to approach this is to tell them you appreciate their consistent effort.

17“Baby, I know that you’re fired up and I understand your arguments, but you should really take a few minutes to relax and clear your mind.”

People make rash decisions in the heat of the moment and it’s up to you to calm your partner down.

18“You know I always support you, but you should also know that I don’t want to support you when a solution has negative consequences for you. That’s why I disagree with you.”

You just want the best for them and reminding them is the best way to voice your disagreement. 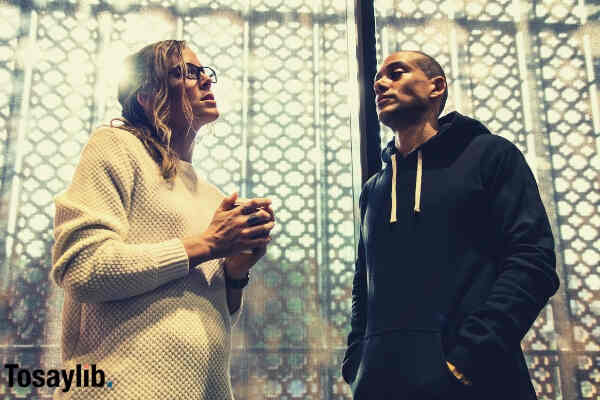 Photo by rawpixel.com under Pexels License
19“I would go to amazing lengths to support you, but it is my duty to take the bullet and let you know when you’re in the wrong. Your best interest is always my goal.”

Don’t be afraid of arguments and quarrels, your partner will realize that you had their interest in mind shortly after.
20“Everyone gets a little caught up when they’re upset and that’s why I want to explain to you why I disagree with your arguments.”

Be calm and talk about why you think they’re wrong. Don’t agitate or start an argument. 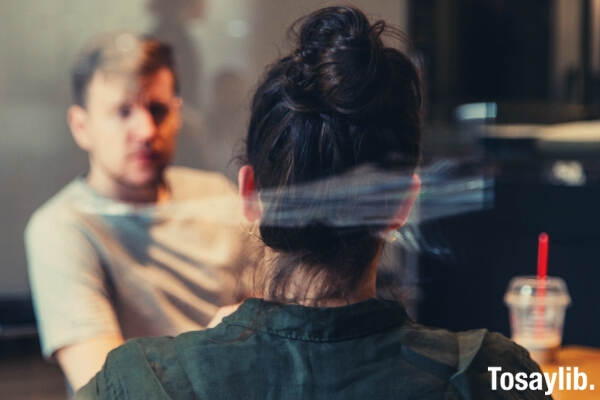 Photo by Charles under unsplash license
21“I fully understand what you mean and why you say it, but have you thought about [alternative approach]? I think it would be much better for you.”

The sooner you get a solution to the problem, the calmer you will be, right? Let your partner know this, too.
22“Honey, just take a deep breath and relax. There is no reason to jump to conclusions and I really think you should reconsider this one.”

Tell them about the possible consequences of making such a rash decision. Don’t be mild, but don’t go all out, either.

23“Let me just stop you for a second. I see your point, but why exactly would you [part of the idea, opinion]?”

Have them question their rash decision and they will soon come to their senses. It’s the easiest way to say I disagree. 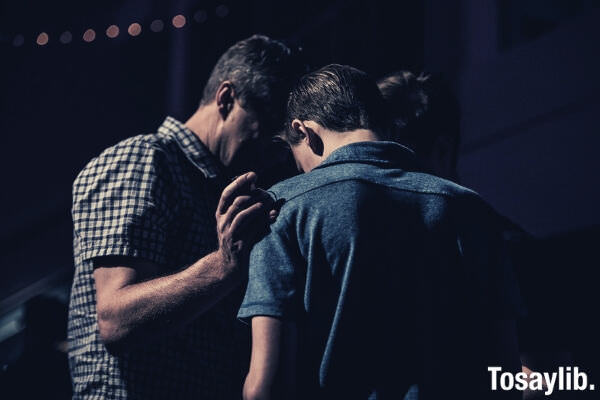 Photo by Jack Sharp under unsplash license
24“I’m here for you and I’m not going to let you make the wrong decision. Think about this one, okay?”

Love is what matters. Don’t forget to mention your words are due to love for your partner.

When wanting to say I disagree, it’s important to consider the relationship you have with the person you’re disagreeing with, as well as the current situation. It’s important to understand the mood.

With these 24 clever ways to voice your disagreement, you will see your contributions to any social setting rise. Good luck and don’t forget to practice.